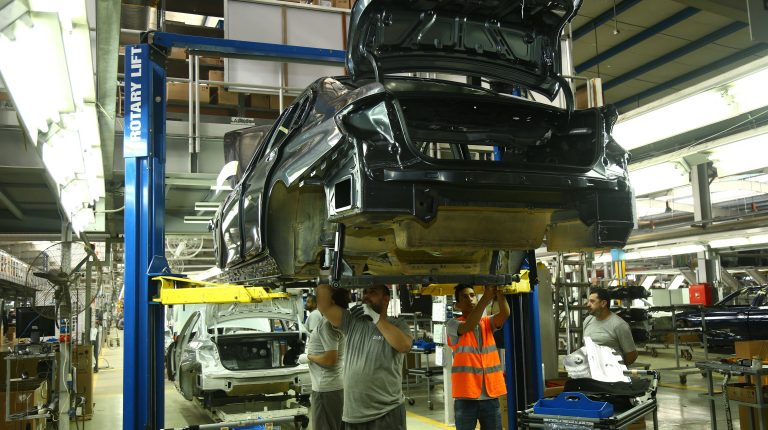 The Micro, Small, and Medium Enterprises Development Agency (MSMEDA) is financing the conversion of cars to the dual petroleum/compressed natural gas (CNG) system, according to Hani Emad, Head of the agency’s Central Sector for Financing Small Enterprises.

The financing is being provided to Cargas and Gastec, the two companies responsible for undertaking the conversion of vehicles to the new system.

The companies are currently offering a range of instalments programmes for the conversion, including a one year interest-free system, and a payment option extending from two to five years.

He explained that the cost of the financing programme stands at EGP 1.2bn, and is intended to convert 147,000 cars over a period of three years.

The average cost of converting a car to run on CNG stands at about EGP 8,000, with MSMEDA set to provide an annual sum of EGP 200m to each company to convert 25,000 cars.

Emad added that the agency has contracted with banks to provide the necessary financing to the intermediary, whether it is a company or a bank. The banks will finance the beneficiaries under the conditions specified by MSMEDA.

He explained that the state is subsidising the cost of the conversion to match the financial capacity of each car owner. Cargas and Gastec will import the conversion devices that are required to conform to European specifications, provided that the companies bear the difference in the cost of importing these devices.

Emad added that the agency is lending its unconditional and unreserved support to all conversions, whether the vehicles are microbuses, taxis or passenger cars. He stressed that the main goal of the initiative is to encourage consumers to convert their cars to work on natural gas, because of its economic and environmental benefits.

The Ministry of Industry and Trade is negotiating with Egyptian vehicle manufacturing companies to guarantee that the conversion will take place with Al-Amal and Suzuki Egypt, the two companies assembling microbus vehicles locally.

Emad explained that this project has been integrated within several national projects, such as the project replacing and renewing microbus vehicles that have been on the roads for 20 years or more.

This comes in addition to the state’s intention to provide support to owners of dilapidated passenger cars so that they can replace them with new ones. This will be undertaken on the condition that the new vehicles purchased have the capabilities to run on natural gas.

He added that the state is also implementing a project to replace and renew dilapidated microbuses, minibuses, and taxis through several stages. The first stage began with the replacement of 15,000 microbuses across seven governorates, as part of the project replacing 80,000 microbuses nationwide over the course of four years.

There has also been a phase launched to renew and replace 12,000 white taxis, bringing the total number of vehicles replaced over one year under the first phase to 27,000.

Emad noted that the Ministry of Finance has allocated incentives for locally assembled cars that meet the local component percentage. He explained that the incentives include VAT exemptions for companies participating in the project, in addition to customs duties exemptions on components imported from abroad.

He revealed that the government is negotiating production capabilities with Al-Amal and Suzuki Egypt, alongside several other companies producing taxi vehicles. The Ministry of Environment is also currently involved in negotiations, in which it will help provide the down payment for the vehicle and provide the necessary financing.

Emad noted that those outdated cars that will be scrapped as part of the ongoing petrol-to-CNG conversion campaign will be delivered to scrapping yards specified by the state.

In governorates with their own scrap yard facilities, consumers will be able to hand over their car without an inspection of its technical condition taking place. Under the programme, the customer will then be able to obtain the scrapping fee.

Emad emphasised that the state has been careful to ensure that there is more than one way of dispose of scrapped vehicles. This includes crushing the vehicle to ensure the chassis is not illegally returned to the market, but are instead disposed of appropriately.

The government is currently studying the possibility of delivering car parts or scrap iron to iron and steel factories instead of leaving them as scrap. The state is looking to maximise the use of vehicles, to reduce the burden on the country’s environmental and economic aspects.