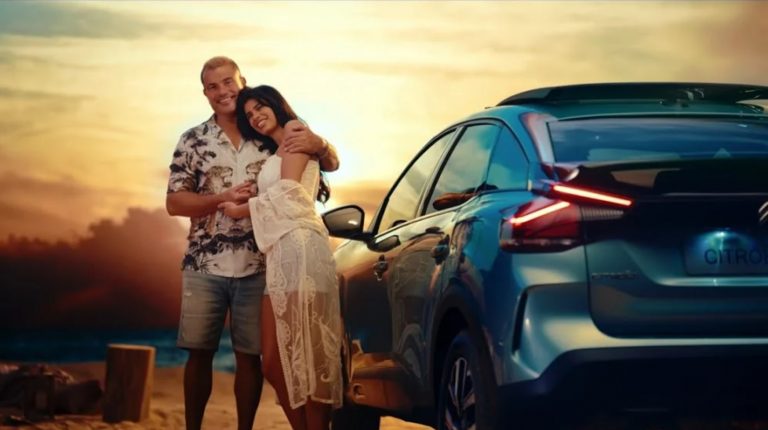 Citroen has pulled an ad for a new model of its car from media circulation after accusations regarding the ad’s use of themes of sexual harassment.

The ad, starring the famous singer Amr Diab, sparked controversy due to accusations of promoting the harassment of women using a camera feature that the vehicle is equipped with.

In the ad, it is clear that the young woman did not give her consent to have a picture taken of her, however, that did not stop the singer from smiling while looking at the picture he took stealthily and then inviting the young woman to accompany him for a drive inside the new car.

The company published on its official Instagram page an apology to its fans for the ad, stressing in the statement that “the company is keen on the feelings of the societies within the countries in which it operates and that the company does not tolerate harassment in all its forms.”

The company explained: “The scene highlights the Connected Cam feature, a compact, high-resolution camera designed to capture unique driving moments in addition to improving the safety of the driver of the vehicle, which some considered ‘inappropriate.’”

“So, we have taken the decision to withdraw this copy of the ad from all of Citroen’s social media platforms and we offer our sincerest apologies to everyone who was upset by this scene,” the statement added.

The video ad sparked a great deal of controversy on social media in a country where about 90% of women between the ages of 18 and 39 in 2019 said that they had been harassed, according to the Arab Barometer.

Egyptian American women’s rights activist Reem Abdel Latif wrote on Twitter in a message to the French company saying: “Taking a picture of a woman without her consent is abhorrent, you encourage sexual harassment.”

A user named Ahmed Tawfik also asked in a comment on a post published by the French company in its Egyptian branch on its official Instagram page: “How was this advertisement approved? Herein lies the problem. It shows that no one in the team asked whether it was appropriate, and no one said at any point ‘Isn’t there a chance something is wrong here?’”

However, many users continued to criticise Amr Diab’s silence on the issue.

Menna, a Twitter user, expressed her “shock” of the Egyptian star, who “is well aware that Egyptian women face constant danger” because of harassment and “did not see the problem in the ad.”