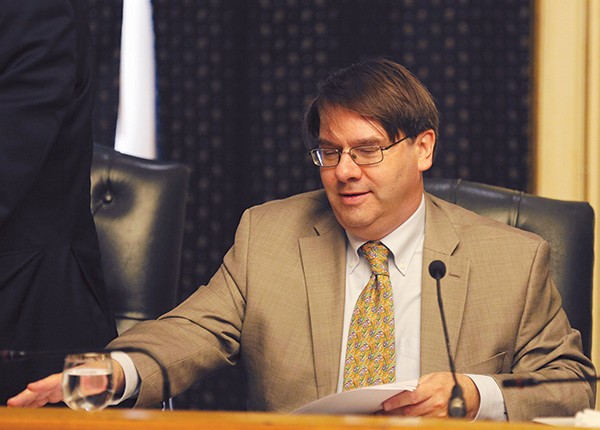 Chris Jarvis, the International Monetary Fund’s (IMF) mission chief to Egypt, said that there is no reason to push the Egyptian government to accelerate the issuance of US dollar bonds, as they can be issued at any time.

At a news conference on the sidelines of the IMF and World Bank meetings in Washington DC, attended by Daily News Egypt, Jarvis explained that there are two concepts regarding Egypt’s bond issue. The first ponders Egypt’s credit solvency. Jarvis pointed out to the IMF executive board that the state has good policies which, aside from clarifying that to markets, will make Egypt ready for offering bonds at any time.

He added that the second concept relates to what is happening in the global economy, explaining that the Egyptian government has advisers for global markets who will know the right time for offering, because there are multilateral programmes and there is no hurry to issue bonds.

The government announced earlier its plans to offer US dollar bonds worth $3bn on the international market, which will be reported within the funds associated with the $12bn IMF loan.

Jarvis added that the Egyptian government intends to include capital gains taxes in its economic reform programme.

He added that the capital gains tax, although it does not provide substantial revenues, is an important measure for this programme, because it means that the rich will contribute to generating the needed revenue.

In May 2015, the government stopped taxes on capital gains of trading in the stock market for two years, after some major objections by investors and a significant decline in trading.

President Abdel Fattah Al-Sisi issued a law in July 2014 to impose a 10% tax on capital gains on the local stock market and on cash distributions.

Jarvis stated that the IMF will help the government design these tax measures in a manner that does not lead to hardship borne by the people and the poor. He added that he does not know if they will succeed in this as he cannot guarantee that, but he guarantees that they will try.

In Cartoon: The rich stay satisfied while the poor continue to grapple with the woes of illiteracy and illness

First tranche of $2.5bn will be made available to Egypt after IMF agreement is signed: Masood

Egypt struggles to implement IMF’s conditions before board meeting