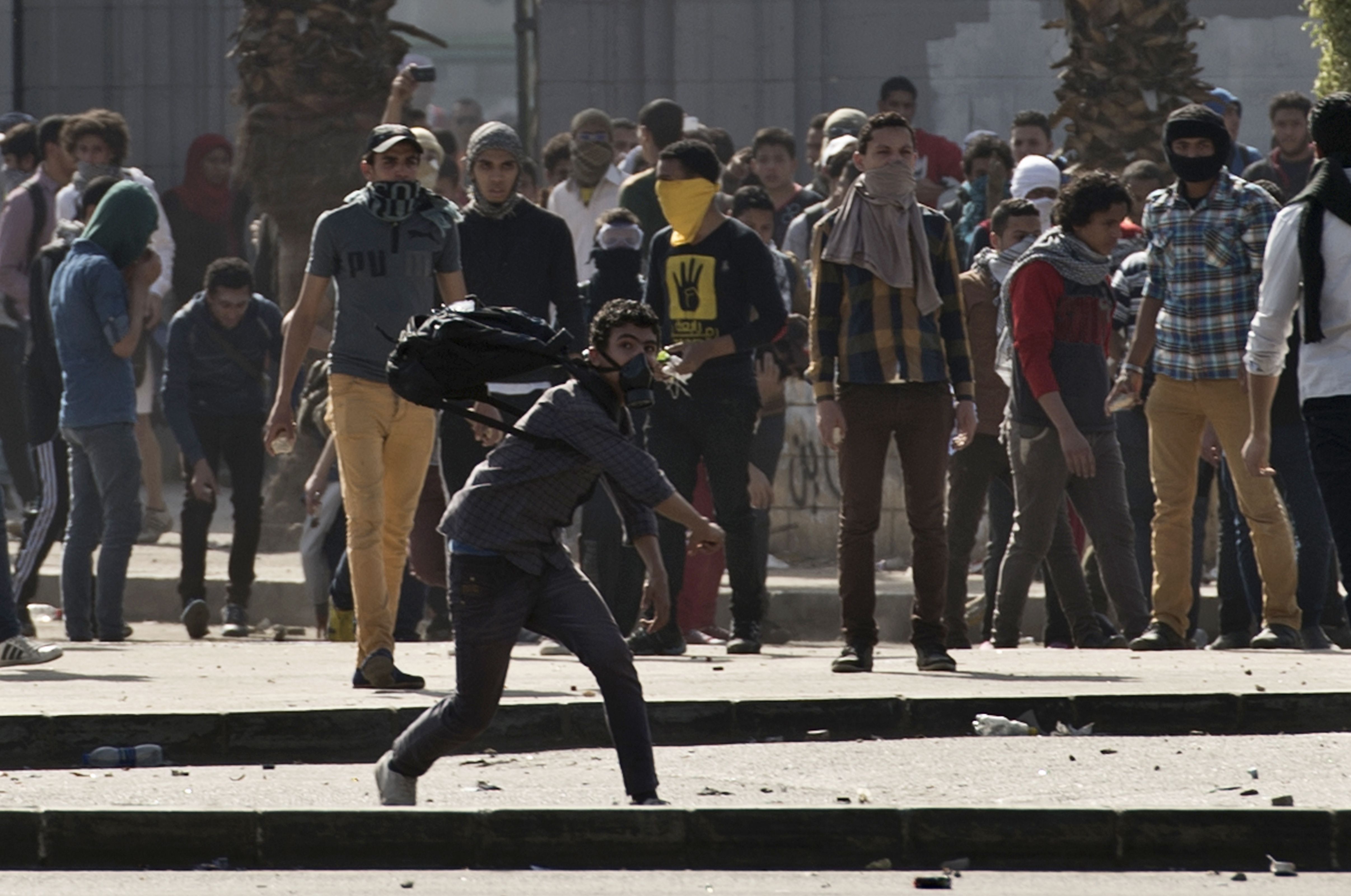 The Association for Freedom of Thought and Expression (AFTE) published Tuesday its annual report on university students for the academic year 2014/15.

The report is divided into two sections, with the first discussing violations of students’ rights and freedoms and the second focusing on violations of academic freedoms.

“The security crackdown has intensified against students in an attempt to stifle the public space inside universities and repress any oppositional student movement, whether Students Against the Coup (SAC) or other more limited movements,” the report stated.

A total of 1,552 violations were documented against 761 students who have been arrested during the last academic year, most of whom belong to SAC.

The administrative security, along with the private security firm, Falcon, arrested 40 students in different universities and then handed them to the police, while security forces arrested 721 students. Students were mostly arrested from their homes, followed by on-campus arrests.

Disciplinary measures, ranging from expulsion or suspension to warnings and cancelation of activities, were taken against hundreds of students in an attempt by the university administration to stifle the public space inside universities, according to the report.

University administrations expelled 286 students, and suspended 110 students for one month or less, while 39 students were suspended for a semester and 36 students for a whole year.

Based on Law 136/2014, which deals with securing and protecting vital facilities, 89 students were transferred to the military prosecution for investigating incidents occurring on campus. Many students were subjected to this law retroactively for events that occurred prior to the issuance of the law, according to the report.

President Abdel Fattah Al-Sisi had issued the decree on 27 October following attacks in North Sinai that claimed the lives of 30 soldiers. The law refers those accused of crimes against the state’s “vital” facilities to military prosecution. Among the facilities defined by the new law are stations, power networks and towers, gas and oil fields, rail lines, road networks, bridges and universities.

Other violations committed by security forces and university administrations include administrative detention, physical assault, dispersing protests, canceling activities of a political nature and storming the campus. Based on the report’s findings, the interior ministry has committed the largest amount of violations, followed by administrative security and the SAC group.

Academic freedoms were also violated, as AFTE reported five particular incidents that occurred over the past year in different universities. Among the reported incidents was preventing a researcher from Al-Azhar University from attaining his doctoral degree, due to him describing the events of 30 June as a military coup. There were also two professors who were suspended from Cairo and Mansoura Universities, and a Cairo University professor who was prevented from travelling on a scientific mission.

The year 2014 had witnessed hundreds of arrests and suspensions of students in different universities, coupled with tighter control over student activities, facilitated by a series of decrees and new regulations issued by universities.