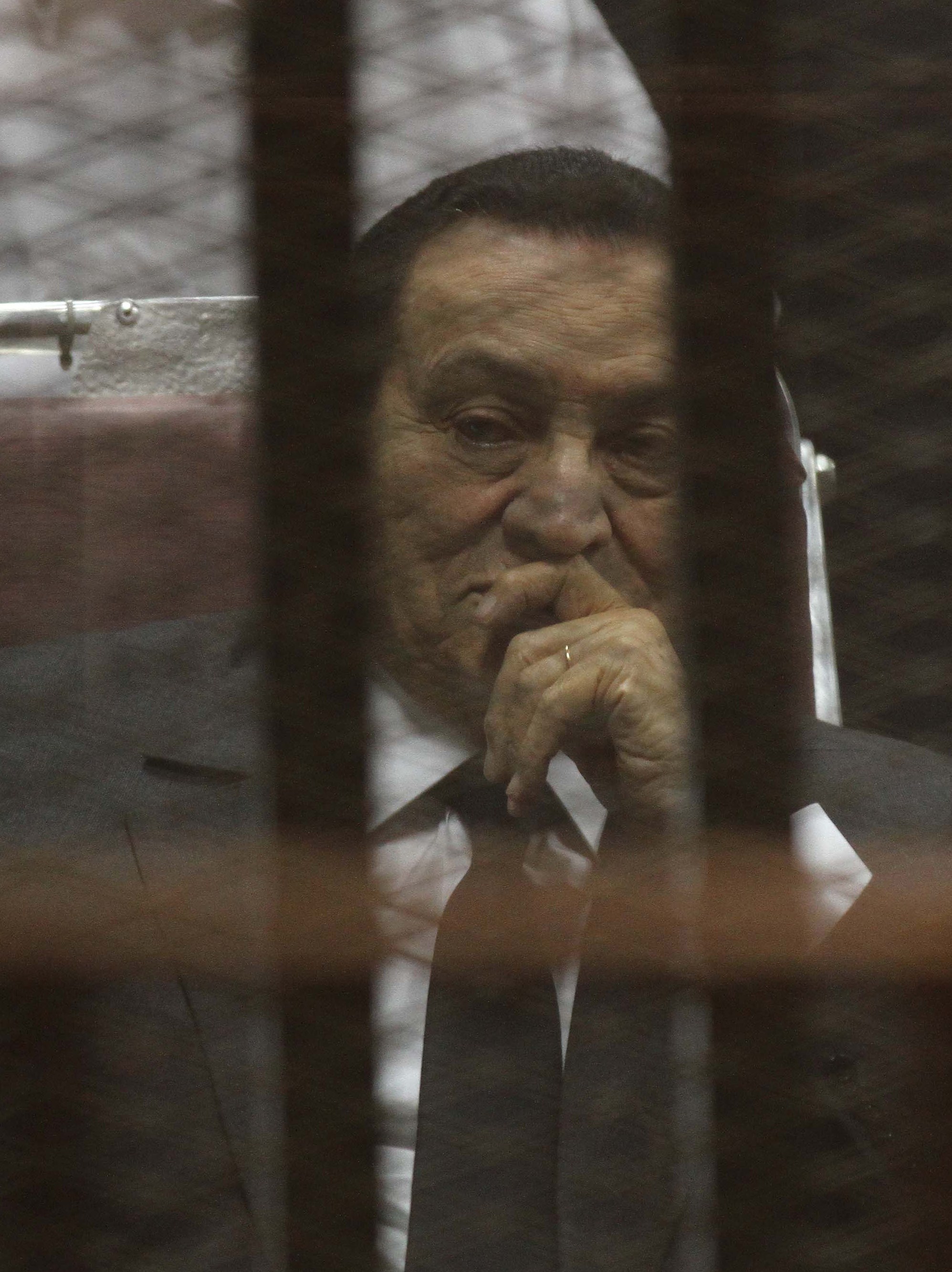 Ousted president Hosni Mubarak denied issuing orders to kill protesters in the 25 January Revolution in his defence testimony on Wednesday before the Cairo Criminal Court.

Mubarak, 86, said he “would have never ordered the killing of protesters and the spilling of Egyptian blood.” The former president whose 30-year reign ended as a result of the 25 January Revolution added that he would have never done so “under any circumstances or for any reasons”.

Al-Adly, who served for over 13 years under ousted president Hosni Mubarak, said the decision “to limit the number of protesters going to Tahrir Square”, was 100% correct, adding that it was a “wise” and “calculated” decision. He denied that the police killed protesters, saying that “this is impossible” and denied that he was commissioned by Mubarak to do so.

Al-Adly, 76, also denied that the police were given orders to withdraw from the streets or release prisons.

The former interior minister additionally defended the decision to cut off the internet and cell phone networks, saying “this was a group decision, it was a correct decision.”

Mubarak is being retried alongside Al-Adly and six of his aides, in a case known as the “Trial of the Century”, in which they are accused of refraining from preventing the killing of protesters during the 25 January Revolution. In the same case, Mubarak, his sons Alaa and Gamal, and fugitive businessman Hussein Salem are accused of harming public funds through the exportation of natural gas to Israel.

Mubarak, who rose to power in 1981, was eventually forced to step down on 11 February 2011 after a widespread escalation of protests.

In a reference to a conspiracy, Mubarak said that “people who trade in religion” from inside and outside Egypt infiltrated the peaceful protests of 25 January and turned them into acts of violence including murder, looting and prison breaks. He added that he took steps from the very early days of the events to face these implications, ordering the armed forces to secure the country after the police failed to do so, as a result of “attacks by the conspirators”.

Al-Adly said the events that began in January 2011 were, “no doubt”, not a revolution, but were part of a conspiracy that involved outside agents and the Muslim Brotherhood, adding that the United States was involved in it. “A revolution has elements and a definition that were not there in 25 January,” he said.

The former interior minister however described the protests that began on 30 June, which eventually led to the ouster of former president and Muslim Brotherhood politician Mohamed Morsi, as a “real revolution”.  It is enough that millions supported it, he said, adding that these people discovered the truth and the conspiracy.

Al-Adly cited at length the testimonies made by top security officials when they appeared before the court to further defend his argument, including former Commander in Chief of the Armed Forces Mohamed Hussein Tantawi, former Chief of Staff Sami Anan, and former Director of Military Intelligence Mourad Mowafi, among other top officials.

The former interior minister cited Anan as saying that the “police do not have snipers”.

The sentence was appealed and in January 2013, the Court of Cassation ordered a retrial.

This is the last appearance of Mubarak before a criminal court and if sentenced on 27 September, he will only have one more chance to appeal, before the Cassation Court.