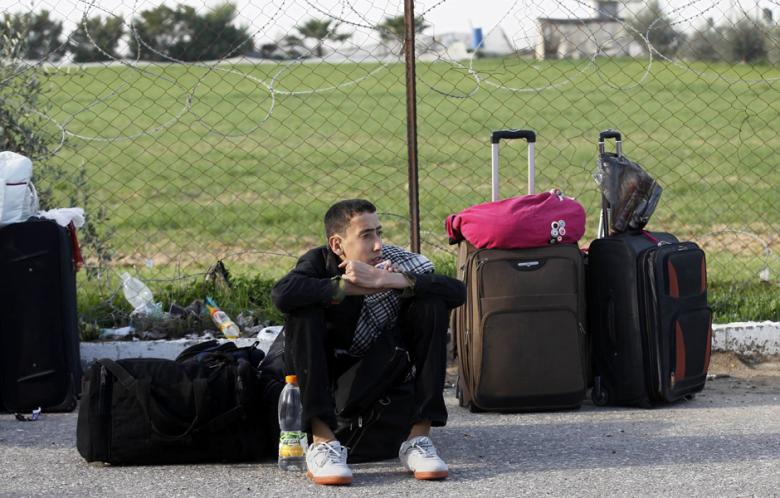 Egyptian authorities’ decision to close the Rafah border crossing and prevent the entry of fuel, medication, and aid to Gaza is a crime against the Palestinian people, Fawzy Barhoum, a Hamas spokesman said on his official page.

Barhoum said on Tuesday there is no justification for this and described it as a “crime against humanity”.

The Rafah border crossing was last open for regular travel on 6 February, with only pilgrims going to Mecca in Saudi Arabia allowed to travel since, the latest report by the United Nations Office for Coordination of Humanitarian Affairs stated, adding, “Other humanitarian cases, students, and third country nationals have been denied for over a month.”

The border crossing has been subject to repeated shutdowns ever since the ouster of former president Mohamed Morsi in July 2013, which signaled the beginning of deteriorating Cairo-Hamas ties. The border crossing, which was shut down for most of December and for 20 days in November, is considered the strip’s primary entry and exit point.

On 10 March, Egypt permitted nine truckloads of building materials to enter the strip as part of a Qatari aid package to help with the reconstruction of the Palestinian territory. But Egypt’s relations with Hamas, the ruling party in the Gaza strip, and with Qatar have since become increasingly strained.

An Egyptian court recently ruled to ban the activities of Hamas inside Egypt and ordered the seizure of their offices. Hamas strongly condemned the ruling, describing it as “unjustified” and “based on fabrications and false news”.  It considers the decision a political one.

The Islamic Resistance Movement, more commonly referred to as Hamas, has its roots in the Muslim Brotherhood, of which Morsi and much of his administration were members of. The ban on the Palestinian group’s activities is temporary until the court rules on Morsi’s two ongoing trials. In both the prison break and espionage cases, Hamas is accused of involvement.

Since Morsi’s ouster, Egyptian authorities have also cracked down on illegal underground tunnelling, which adds more restrictions to movement, and also hampers the entry of goods to the strip, including food, medicine, fuel, and building materials.

These illegal smuggling tunnels are a vital lifeline for citizens of the Gaza Strip, who have lived under a land, air and sea blockade since 2007, when Hamas gained control of the strip.

Fuel shortages led to the shutdown of the Gaza Power Plant, the strip’s only power plant, on 1 November. The plant was closed for a month and a half, further aggravating humanitarian conditions, before Qatar donated money to purchase fuel.