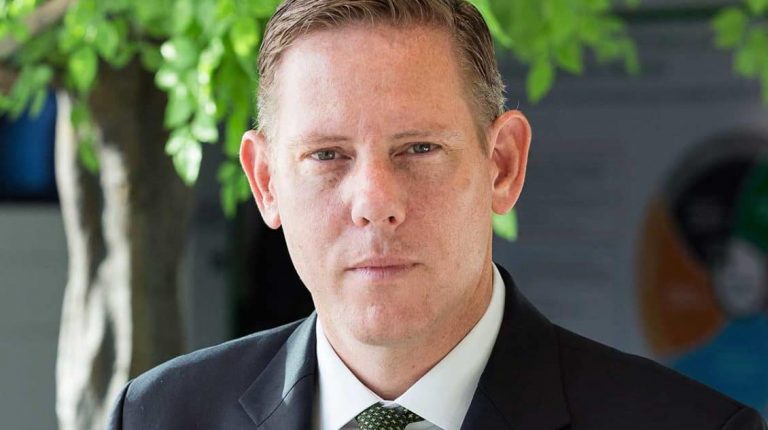 Schneider Electric has offered the Egyptian government to provide artificial intelligence-based solutions to reduce water loss in the country by 30%.

Caspar Herzberg, president of Schneider Electric in the Middle East and North Africa, told Daily News Egypt that the company seeks to introduce its water loss management solutions in Egypt’s national projects, noting that this technology was recently applied to the water desalination plant in Galala Mountain in Suez governorate, and several real estate and tourism developers have agreed to apply it at their projects.

Schneider Electric provides a complete approach to water loss management entailing both technology and expertise to support water utilities in the reduction of water loss.

Herzberg said that the company seeks to provide technological solutions, and has a long-term strategy to work in Egypt, and expects to increase its exports by 40% in the next year.

He explained that Schneider Electric will not sell desalinated water, but rather provide technological solutions for desalination plants in accordance with the state’s 2030 Vision.

Schneider Electric relies on AI and digitisation in its projects, as it implemented the infrastructure of the Carrefour branches in Egypt which allows water and electricity consumption control, follow-up, and permanent monitoring, Herzberg added.

He stressed that Schneider Electric is discussing with the Egyptian government the implementation of projects in various fields, including energy and water, but these matters cannot be disclosed, especially as they are in the stage of discussion and consultation.

Herzberg explained that about 600 million people in Africa live without energy, which is very difficult.

He stressed that the peace conference held in Aswan discussed the challenges and strengthening the delivery of services, which emphasises the importance of cooperation with African governments, which contributes to providing solutions to solve this crisis. Schneider seeks to increase the percentage of women’s participation in their factories significantly to 50% compared to about 30% currently.

He mentioned that electricity and energy are priorities in the lives of all citizens, and that the lack of infrastructure in Africa contributed to the migration of citizens from rural areas to cities and urban areas, which is what Schneider is trying to solve by delivering energy to remote cities.

He added that the company is producing locally in Egypt, Kenya, Ivory Coast, and many other African countries.

Herzberg said that decentralisation has great significance and can deliver energy to remote places in some countries of the continent without linking it to the national network and each region separately. He believes that governments should support them greatly.

He stressed Egypt’s capabilities to implement decentralisation in remote villages that are not linked to the electric grid and confirmed that negotiations are underway with the South Sinai Governorate to launch energy projects not related to the network, and a project is scheduled to be implemented in Farafra during the coming period.

US Military airbase attacked by Al-Shabaab in Kenya

CIB aims to increase its share of financing real estate companies to 37% in 2020: El-Ganainy