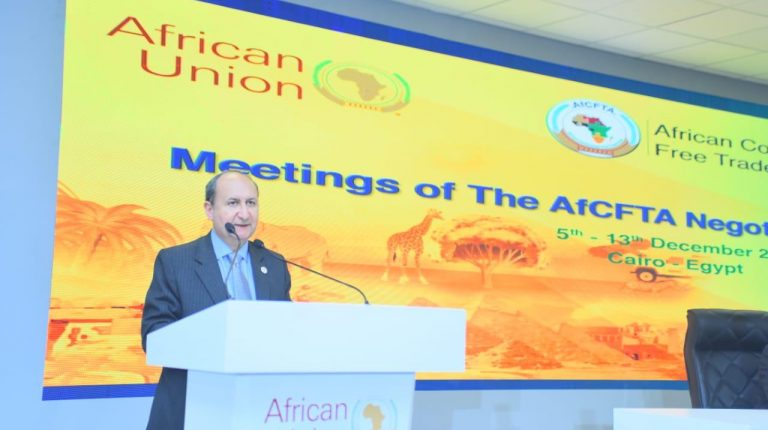 Egyptian Trade and Industry Minister, Amr Nassar, said that Egypt is interested in supporting development efforts in the African continent, and to enhance African integration mechanisms to ensure a new location for the African continent on the map of world economy, which contributes towards ensuring economic and social justice for all the countries and peoples of the continent.

Nassar added, “The activation of the African Free Trade Area (AfCFTA) agreement is the key step of desired economic growth among all African countries.”

During his speech at Meetings of the AfCFTA Negotiating Institutions held Wednesday, the minister announced that Egypt is close to ratify the agreement, which is currently being submitted to the parliament for ratification, praising the African political will for the success of this great agreement in terms of signing and ratifying it by the member states.

He pointed out that the implementation of the AfCFTA Agreement will strongly contribute to the development of the intra-African trade movement, achieve higher rates of African economic growth, after the removal of tariff barriers between sister African countries, as well as facilitate the movement of products and raw materials, thus increasing industrial growth rates, and achieving the desired technological development.

Eyes of world are turned to Africa as AfCFTA comes into effect: Al-Sisi

Industry ministry to offer, allocate 13 industrial complexes in 12 governorates in 2019

BRICS wants to tap more into own potential