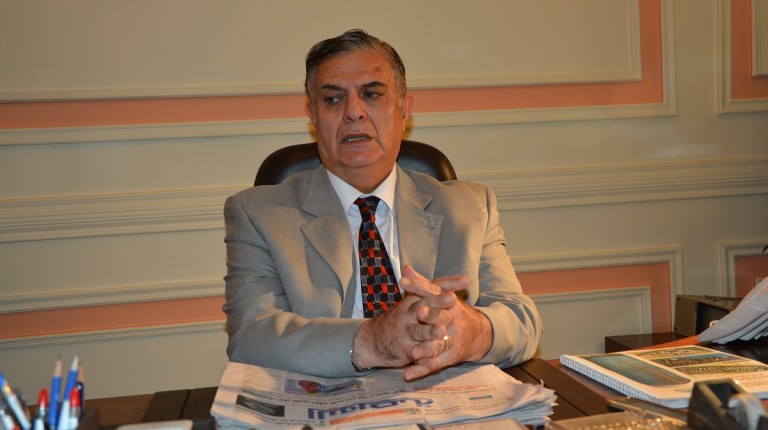 Saudi Egyptian Construction Company (SECON) announced on Wednesday the launch of its new project, Riyadh-SECON, which will be established in New Cairo on an area of 68 acres with investments worth between EGP 2.8 and EGP 3bn.

Assistant minister of finance of the Kingdom of Saudi Arabia and chairperson of SECON, Mohammed bin Hamoud, said the project proves the kingdom’s willingness to inject new investment in Egypt and meet the needs of the real estate market. The project also aims to accommodate a large number of Egyptian workers.

SECON signed contracts with several Egyptian construction companies, Hamoud said. The company will implement another two projects in New Assiut and New Damietta, where their engineering designers are seeing to the final touches.

All three projects target citizens of middle and above average income.

SECON is keen to increase its investments in the Egyptian market, Ramadan said, describing it as a model of cooperation between the two countries.

SECON CEO Darwish Hassanein said the company is about to obtain ministerial permits for its project and has begun the settlement of the project site.

He explained that the project is to be implemented in three phases and will include 120  residential high rises.

The company set up marketing offices at the project’s site so customers could view the site and observe the progress, Hassanein added.

According to Hassanein, the project includes 1,928 residential units of five models and areas ranging between 145-195 sqm for above average income citizens.

The first phase of the project includes 48 apartment buildings, as well as a variety of commercial services, such as a shopping mall and shops, a social club, a mosque, and green areas.

The company intends to begin implementing 44 buildings, which is about 40% of the project’s total capacity, the CEO said.

SECON has attributed the implementation of those buildings to Egyptian contracting companies that are members of the Egyptian Federation for Construction and Building Contractors, he added. The implementation will take 18 months, while the entire project will be completed within three years.

Hassanein explained that the company will start offering the first phase of the project during the Cityscape exhibition scheduled for next week.

The project is expected to accommodate 2,000 at the peak of its establishment process.

The Riyadh project will be implemented on one of the three pieces of land granted by the Egyptian government under its share in the company’s capital increase.

The increase was approved in early 2015 with $243m, divided equally between the governments of Saudi Arabia and Egypt, $121.5m each. The Saudi side paid its part in cash in 2015, while the Egyptian government granted the company three pieces of land in New Cairo, New Assiut, and New Damietta, on a total of 97 acres, as its share in kind.

SECON intends to inject EGP 2bn in Egypt through 2017

SECON has never stopped doing business, even in times of turmoil: CEO