The reservation of 30,000 new residential units in nine cities, including New Cairo, 6th of October City and Badr City, as part of the Social Housing Programme, started on Sunday. 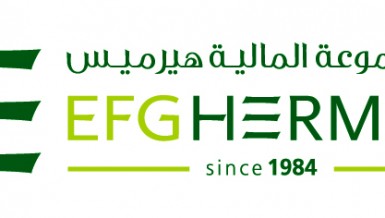 In May, the programme’s head of the executive body, Salah Hassanm said the government is building 200,000 residential units annually as part of the programme.

Discussing the conditions of obtaining the units, Hassan pointed out that the minimum age of applicants was amended to 21 years of age, having previously been placed at 45 years of age. Other restrictions also outline that the income of families should be no more than EGP 3,000, and EGP 1,200 for individuals.

Last month, the Ministry of Finance announced that the government plans to increase to EGP 13.7bn allocations to provide and develop low-income housing, a growth of 19% from last year’s allocations.

The Social Housing Programme is sometimes referred to as the 1 million units project, and is different from the UAE-based company Arabtec’s 1m residential units project, which was announced in March 2014.

The national project was announced by Mubarak’s last housing minister, Ahmed Al-Maghrabi. It was initially announced during the 25 January Revolution, urging people to apply, but the minister made no mention of the conditions.

The post-25 January Revolution government announced the project’s implementation in July 2012. Construction was projected to last five years, from fiscal year (FY) 2012/2013 to FY 2016/2017, with an average of 200,000 units expected to be constructed each year.

According to the study, the number of applications had exceeded 6m requests in August 2011, the government said at that time, closing the application phase. The period of the project was five years, with the units to be built by the public sector.

The Supreme Council of the Armed Forces (SCAF) had directly supported the project after its announcement, as the Engineering Corps had built the first phase, consisting of 160,000 units in 2012.

The study criticised that, after three years of adopting the project, some details remained undefined. These include: the number of units that will be established in each governorate; the percentage of implementation; and the specifications of the units.

In November 2014, the Social Housing Fund was established, under the Ministry of Housing, and is responsible for imposing the general policies of constructing and managing the units. It will also be responsible for financing the project from the budget allocations and sales revenues.