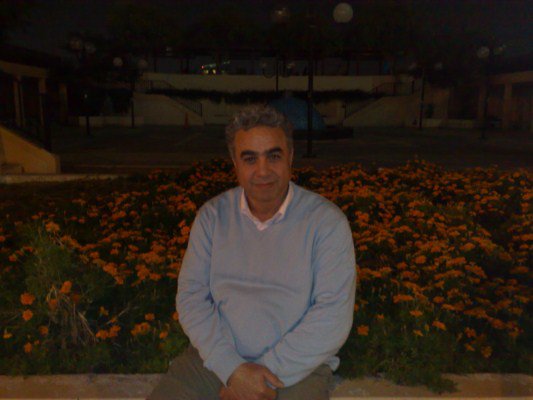 Six months into his rule, on the first day of 2015, President Abdel Fattah Al-Sisi called for a “religious revolution” in a televised speech, while addressing a crowd of largely religious clerics. The room broke into applause.

The rise of the Brotherhood to power was associated with fears that there would be limitations on freedom of expression due to the religious nature of the group, and the fear that people would increasingly be brought to court for controversial opinions.

The Brotherhood’s rule lasted one year, during which Director of the Legal Unit at the Association of Freedom of Thought and Expression Fatma Serag said the rate at which people were tried for being in contempt of religion was actually higher.

“But these cases are still in court… notwithstanding who is in power,” Serag said.

Cassation court lawyer Hamdi Al-Assiuti, who is currently defending an author accused of being in contempt of religion, also says that such accusations increased during the rule of the Brotherhood.

The Brotherhood, represented in power by former president Mohamed Morsi, was eventually ousted in July, 2013. The weeks leading up to their ouster were characterised by heightened levels of fear of limitations placed on freedoms. For instance, the area outside the Ministry of Culture was the site of frequent protests against Morsi-appointed culture minister Alaa Abdel Aziz, out of fear of his “declaring war against culture”.

Al-Sisi’s call for a “religious revolution” was criticised, but was not followed by protests. The Islamist political organisation the Salafi Front condemned the speech, describing it as “an attack on Islam” that included many “insults” to the religion.

On being in “contempt of religion”

Al-Assiuti’s client, Karam Saber was found guilty of being in contempt of religion over a book of short stories he published in 2010, entitled “Where is God”. Saber is accused of promoting infidelity, inciting polytheism and insulting God. Investigations into the case began in 2011. The writer is currently appealing the sentence.

According to the Egyptian Initiative for Personal Rights (EIPR), at least 63 individuals were tried for religious defamation between January, 2011 and September 2013. These cases however have continued since, and during the rule of Al-Sisi, several people have been sentenced in such cases.

One of the most recent high profile cases of contempt of religion came towards the very end of 2014 and involved renowned writer and poet and Fatima Naoot, who was referred to trial in December. She was referred to trial by the prosecution for a comment she made in October, shortly ahead of Eid Al-Adha, a major religious holiday that Muslims celebrate annually.

Serag believes that being found or charged with contempt of religion is not related to who rules the country, but rather to an “inherited societal” norm on religion, and society’s stance on deliberating ideas related to insulting religion.

Serag addressed the most recent sentencing as of yet, that of Karim Ashraf Mohammed Al-Banna, who was sentenced on 11 January to three years for insulting Islam and insulting the divine.

Al-Banna was tried after he declared his atheism on Facebook. According to Ishaq Ibrahim, a researcher on freedom of religion and belief at the Egyptian Initiative for Personal Rights (EIPR), he was subsequently harassed in public.

The legal environment allowing for these cases

Meanwhile Article 67 is dedicated to protecting artistic freedoms and states that freedom of artistic and literary creation is guaranteed.  It however stipulates that only through the public prosecution can cases be brought against the creators of artistic work, and or filed to confiscate such work.

It additionally states that while no jail time can be handed to someone for their artistic work, the law can organise the punishment people may face if they commit a crime related to inciting violence, discrimination among citizens, or defamation. Al-Assiuti is using this article in his defence of Saber.

“It is the law that puts these constraints,” he said, adding that this renders the constitution a mere icon or slogan.

Al-Assiuti said there are 26 such articles in the Penal Code, and specifically named Article 98, which states that anyone who uses religion to promote extremists ideas, with the purpose of inciting strife or insulting or being in contempt of one of the heavenly religions or a sect belonging to them, may be punished with a prison sentence “no shorter than six months and no longer than five years”. Alternatively, they may be fined, instead of being sentenced to prison.

This article was introduced in 1982, Al-Assiuti said, the year that followed the assassination of late president Anwar Al-Sadat, who was killed at the hands of extremist Islamists. “It was introduced to control ongoing civil strife in the country,” he said and added that it targeted people who commit attacks on places of worship or affect national unity. This is why the article is in section 2 of the Penal Code, which is titled ‘felonies and misdemeanours that harm the government from within’, rather than Section 11, which is titled ‘misdemeanours related to religion’.

Prior to the introduction of the article, it was still possible to level accusations against people for their artistic work, Al-Assiuti said. It was called “assaulting religion” and was used against cartoonists, authors of books, movies and songs, he said.

The context within which the president’s call for a “religious revolution” came was the celebration of the birth of Prophet Muhammad. The speech was read out during a ceremony hosted by the Ministry of Endowment to celebrate the religious occasion.

Reading out the qualities of the Prophet from the script, the president ventured to make some unscripted remarks.

He addressed the renewal of religious discourse, making a reference to “religious discourse that is in tune with the times”. This is a renewal that happens at the beginning of every year, he said, adding: “I am here talking about the people of religion and those responsible for it”.

The president said that the problem does not lie in a doctrine, but rather it lies in a school of thought that becomes sacred. It is not logical that a school of thought drives the “whole Ummah [Islamic nation] to become a source of concern, danger, murder and devastation across the world”.

Al-Sisi made clear that he was referring to a school of thought, and “not the religion”.

Serag said the president’s statements are an “intervention”, adding that regardless of what his stance on the matter is, it is an intervention.

Serag believes that this intervention is part of a wider intervention in the country’s affairs, with the purpose of “fighting extremist religious thought”.

A day after Al-Sisi gave his speech, Dar Al-Ifta announced in a statement that it is adopting his “invitation” to renew religious discourse.

The Grand Mufti’s adviser, Ibrahim Negm, said Dar Al-Ifta will make developments in the upcoming period with the purpose of achieving the highest levels of “effective interaction” with Muslims in Egypt, the Arab World, and the world.

Dar Al-Ifta is the official institution responsible for issuing religious edicts (fatwas) in Egypt. Negm discussed a detailed a plan, which aims to confront “extremist ideas”, and respond to them.

Even prior to the president’s call, the institution has repeatedly made statements, supporting the state and its stances. In December, Dar Al-Ifta said it is “not permissible for individuals to take retribution or revenge into their own hands, outside the law and the state’s institutions”.

Following in Dar Al-Ifta’s suit, the Minister of Religious Endowments, Mohamed Mokhtar Gomaa vowed days later to “renew religious discourse”. He said the “problems” society faces are due to “unspecialised” preachers and “to movements that propagate loyalty to groups and not to religion and its teachings”.

He said the discussion on renewing religious discourse was falsely interpreted by some, adding that “our new approach is to revisit religious texts and thinking, while keeping modernity in mind”.

Throughout 2014, the ministry has become more and more involved in the religious discourse being circulated in the country.

Based on a ministerial decree issued in January, 2014 the Ministry of Religious Endowment now has authority over all mosques in Egypt. The ministry has banned 12,000 imams who are not certified by Al-Azhar to deliver sermons, and replaced them with 17,248 imams, with degrees from Al-Azhar, the institution responsible for the study and teaching of Islam, and the world’s foremost seat of Sunni learning.