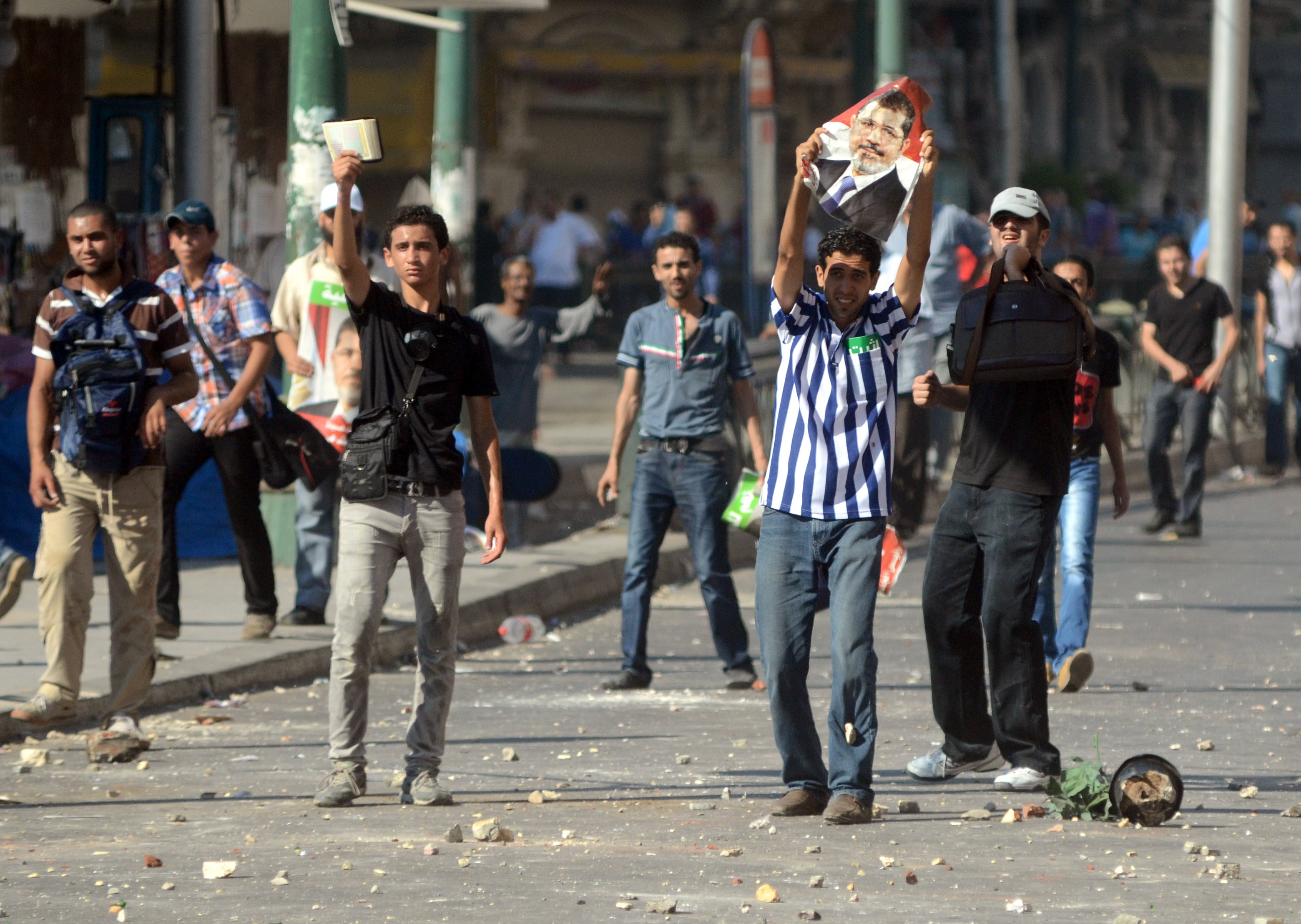 The United States and the Arab League have called on Egyptian authorities to conduct an investigation into recent violence in Cairo and Alexandria.

The Arab League, US Secretary of State John Kerry and United Nations Secretary General Ban Ki-moon all expressed their concern for the events in Cairo in separate statements on Saturday.

The Arab League called for an “immediate investigation into the circumstances of the tragic events that took place at [former President Anwar Sadat’s memorial] and at Al-Qaed Ibrahim [mosque] in Alexandria.”

Ban’s spokesperson condemned the violence and expressed his condolences to the families of those who died. Ban also called on the interim government to take “responsibility for the peaceful management of the demonstrations and ensure the protection of all Egyptians.” He added: “Egypt’s security forces must act with full respect for human rights, including guaranteeing the rights to free speech and assembly.” He also called on demonstrators to protest in a peaceful manner.

Ban called for “the people of Egypt to address their differences through dialogue” and for “all parties to engage in an inclusive and meaningful dialogue.” He also reiterated his call for the release of former president Mohamed Morsi and other detained Muslim Brotherhood leaders.

United States Secretary of State John Kerry echoed Ban’s call for respecting the right of peaceful protests and the release of political prisoners. Kerry said in separate statement on Saturday: “Violence not only further sets back the process of reconciliation and democratisation in Egypt, but it will negatively impact regional stability.”

Kerry said: “The US urges an independent and impartial inquiry into the events of [Saturday].” He also called on political leaders to “act immediately to help their country take a step back from the brink.”

US Secretary of Defence Chuck Hagel contacted interim Minister of Defence General Abdul Fatah Al-Sisi on Saturday and expressed “deep concern about the security situation and recent violence in Egypt.” He encouraged “that restraint be exercised during this difficult period.”

The Council on American-Islamic Relations (CAIR) called on US President Barack Obama’s administration “to forcefully condemn the killing of dozens of pro-democracy demonstrators by Egyptian security forces.” CAIR “urged the president [to] use the leverage of taxpayer funds being sent to that nation’s military to push for a return to democracy.” The council said: “Without a clear condemnation, we send the message that even more repressive measures may be taken against the demonstrators.” It added: “The clearest indicator of our nation’s revulsion at the killings would be to suspend all American military aid until the violence stops and democratic freedoms are restored.”

In a speech to businessmen in on Saturday, Turkish Prime Minister Recep Tayyip Erdogan said: “We will not keep quiet against the incidents in Egypt, even if all the world does so,” according to Turkish news agency Anadolu. Erdogan condemned the attack and criticised the international community for staying “silent in the face of the massacre on the Egyptians’ national will, now remain silent again as Egyptian people are being slaughtered.” He made particular reference to the European Union and the United Nations. He asked: “Where are the European values, where are those that dare to teach democracy everywhere?”

Daily News Egypt asked a diplomatic source from the Ministry of Foreign Affairs how it explains the recent violence near Rabaa Al-Adaweya Square and outside the Republican Guards headquarters that resulted in the deaths of over 100 people.  The source said the violence was “regrettable and we would love to have this process go peacefully; everybody has a responsibility.” He added: “The other side provoked the police.” He said that the attempt by pro-Morsi protestors to expand their sit-in in the Nasr City was unacceptable. “They were constructing a wall and blocking the road two kilometres away [from their sit-in] and they had weapons,” he said. “How can any country accept this?” The source also stressed that the Minister of Interior confirmed on Saturday that the police “only used tear gas” to diffuse the situation.