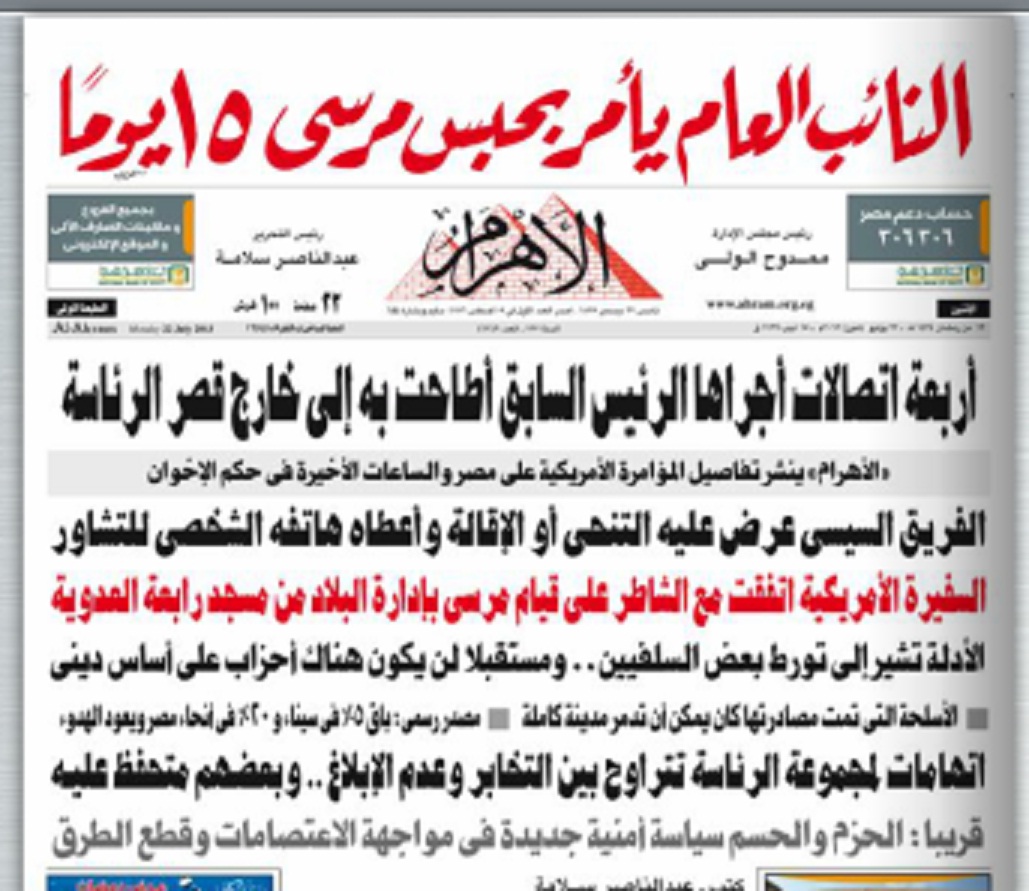 The editor of state-run newspaper Al-Ahram, Nasser Salama has been summoned to a meeting   with the Public Prosecutor on Monday, after an article was published claiming that former president Mohamed Morsi’s detention had been ordered by the prosecutor.

The article was published on Monday’s issue of Al-Ahram newspaper.

Salama was ordered to a meeting at 1pm, said a statement released by Ahmed Al-Rakib, media coordinator for the prosecution.

The article, entitled Public prosecutor orders the detention of Morsi for 15 days, appeared on Al-Ahram’s website late Sunday, and was also included as the title article on Monday’s newspaper. The online copy of the article had been removed from Al-Ahram’s website at the time of writing, and was replaced by a statement confirming that Salama would meet with the prosecution.

Claims were made that Morsi had been charged with “collaborating” with foreign actors, that the armed forces had monitored telephone calls between Morsi and the aforementioned foreign organisations, and would thus be imprisoned for a period of 15 days.

The article drew swift rebuttal from the office of the armed forces spokesman, who released a statement in response, declaring the information contained in the Al-Ahram article “invalid”, and “not based on certain fact.” These criticisms were echoed by Al-Rakib, who added that “legal procedures” would be taken against the authors “in order to preserve the security of the homeland and its citizens.”

The military statement concluded by warning news outlets to screen for accuracy when publishing “any information regarding the military establishment” during this “critical juncture” in Egypt.