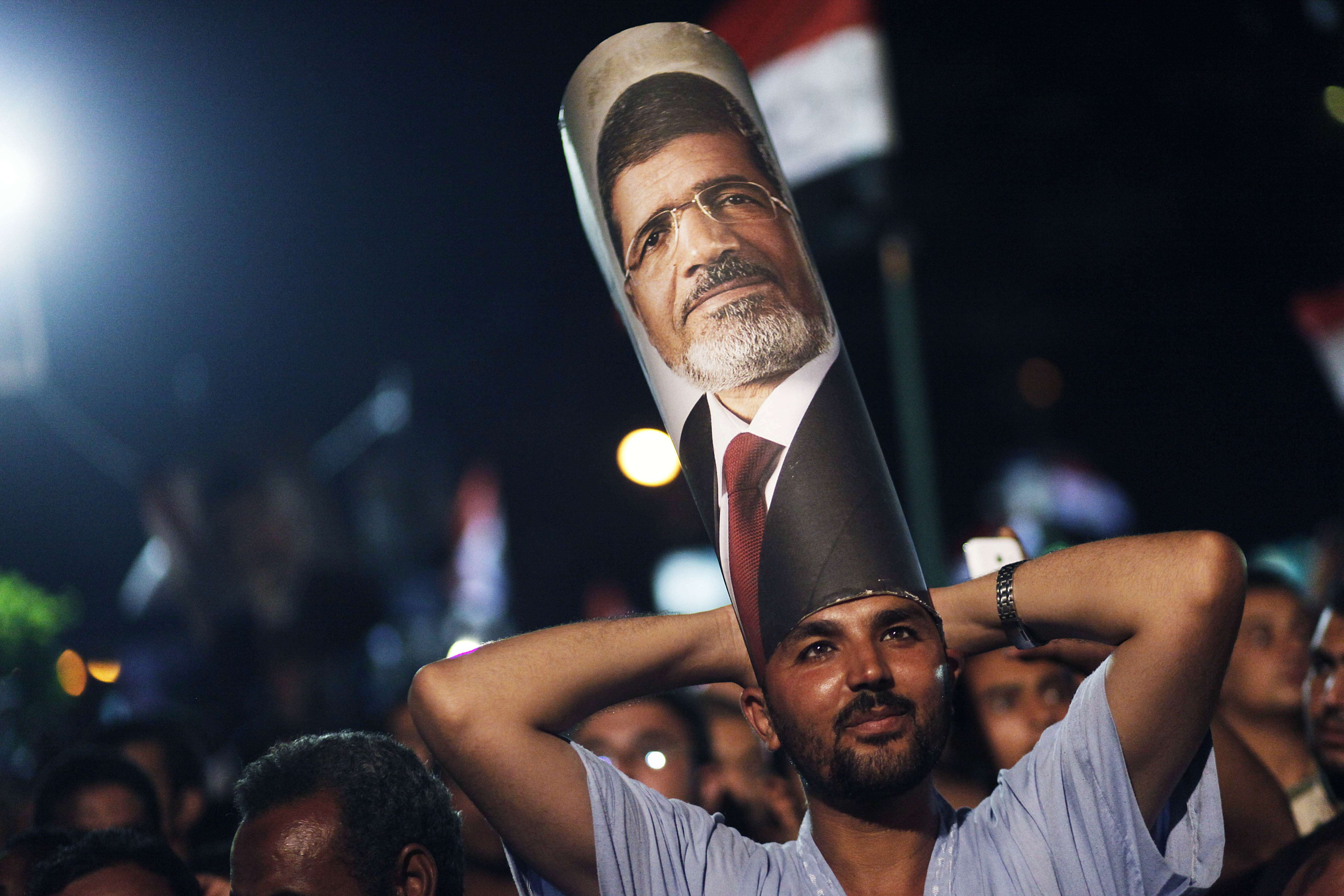 The NCSL stated that peaceful protesters had been subject to violence and killing by the police and “thugs” in front of the headquarters of the Republican Guards. A military spokesman, in contrast, told Reuters that army troops had only fired blank rounds and teargas.

According to NCSL hundreds were injured above 6 October Bridge, in Nahda Sqaure in front of Cairo University, as well as in Alexandria, Assiut and Fayoum.

“The NCSL condemns all forms of violence against peaceful protesters… we stress that we will continue our peaceful sit-in in all Cairo squares until the reversal of this ‘military coup’ and the return of the legitimate president to perform his constitutional duties and implement the roadmap he had announced,” the statement read.

The NCSL held the army and police responsible for the casualties, saying that they should be protecting peaceful protesters and preventing any attacks on citizens as well as public and private property.

The Muslim Brotherhood also released a statement late on Friday denouncing the violations committed by the “leaders of the unconstitutional coup.”

They also criticised the arrest of Al-Raya Party Chairman Hazem Salah Abu Ismail, deputy of the supreme guide, Rashad Bayoumy, Saad Al-Katatny and Mohamed Al-Omda, most of who are Brotherhood figures.

Military spokesman Colonel Ahmed Ali said that the videos spread over social networks required further analysis. “The army has been present in Sinai for months and army personnel have strong friendly relations with the people of Sinai,” he said, adding that videos featuring tanks had demonstrated the army’s concern for protecting protesters.

“There are videos showing protesters shooting other protesters; this is a psychological war against the armed forces, to support claims of a coup,” he said.

Ali added that their sole instructions were to protect protesters regardless of their affiliation. “This is a political rift; at the end of the day they are all Egyptian and the Egyptian army has an obligation to protect them. When there is such incitement and a proliferation of weapons among people, we have to be very careful.”

He also noted there had been several casualties among army personnel.

“Some are conducting smear campaigns against the army, trying to make people lose faith in their armed forces; we can only respond by stressing our commitment to protect all Egyptians,” Ali said.

The Salafi Al-Nour Party released a statement on Saturday saying they were “evaluating the situation” and would contact political, social, religious and youth groups to try to reach a comprehensive reconciliation.

“All our moves throughout the last period were out of preserving Egyptian lives and unity,” the statement read. “Al-Nour Party has endured pain and difficulty while participating in some scenes because we were keen on achieving that goal that represents a legal and legitimate demand, but through following what has been happening since, we have made some observations,” the statement read.

Their observations included: “the killing of peaceful protesters throughout the country; the persecution of political groups, which contradicts the concept of national reconciliation; and the interior ministry covering for thugs who are controlling the streets and targeting Islamists.”

They also criticised the “shutting down of Islamist channels without legal reasons, issuing constitutional declarations without social or political consultation and showing bias toward a specific current, when supporters of and protesters against Mohamed Morsi are all Egyptians.”

“Al-Nour Party thus rejects all these acts and calls for halting such practices immediately,” the statement read.