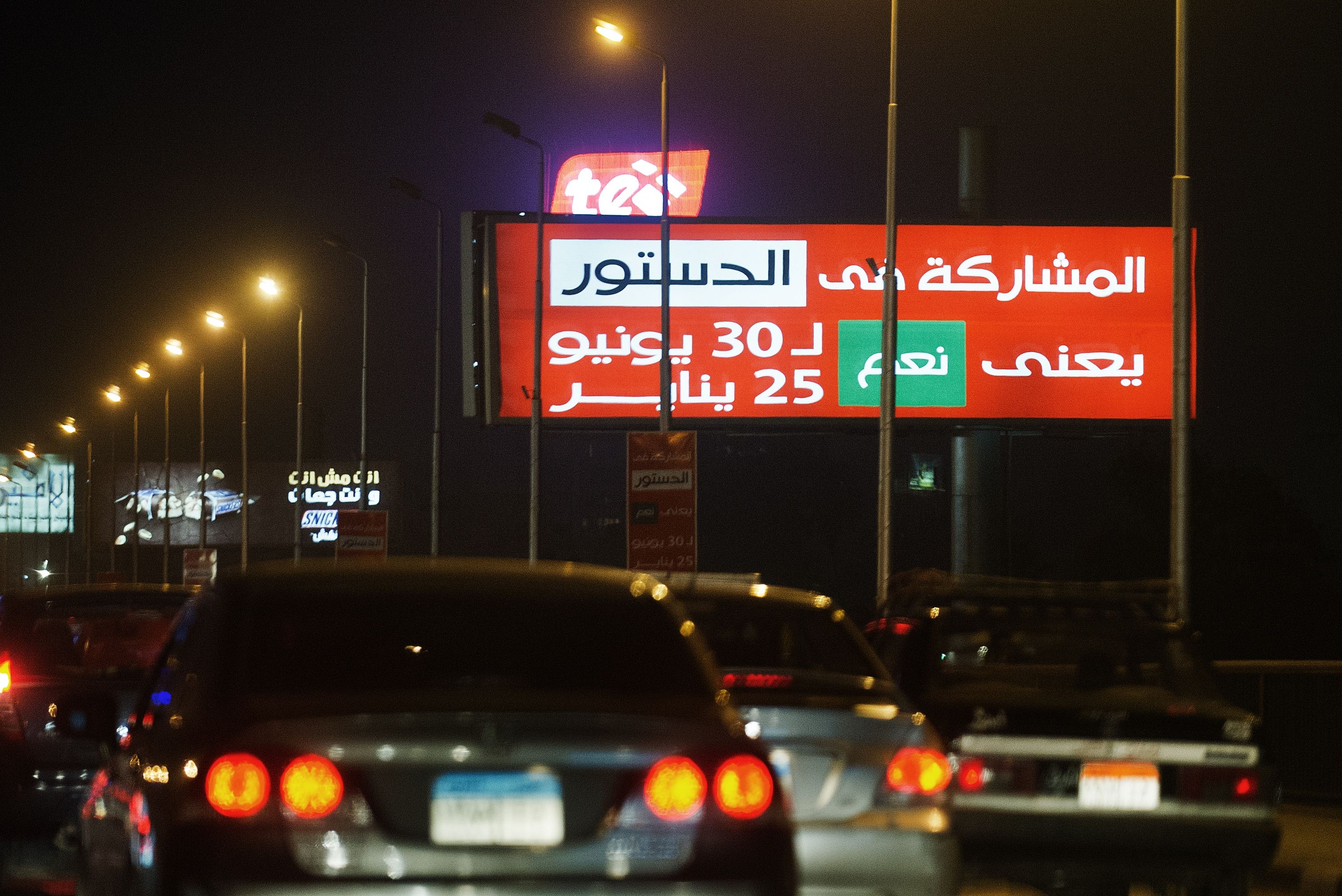 The draft constitution, prepared by the 50-member Constituent Assembly and waiting on popular approval in referendum to pass, falls short of Egypt’s international human rights obligations despite fixing some deficiencies in the 2012 constitution, Amnesty International said.

The international human rights watchdog criticised the new draft of Egypt’s constitution for giving the military sweeping powers. Amnesty doubted that with the excessive autonomy the draft grants the military, real transitional justice, as addressed in the draft, could be implemented.

Article 234 states that the appointment of the Minister of Defence requires the approval of the Supreme Council of the Armed Forces (SCAF) for the next two presidential terms.

Amnesty International also condemned Article 204 of the draft constitution, which allows referring civilians to military trials in cases where a civilian commits a crime that is considered a direct assault on military institutions or military camps, military weapons and ammunition. The organisation highlighted the military’s “abysmal human rights record” during the 17-month long rule of SCAF, which began in February 2011.

The organisation applauded Article 93, which gives international conventions and treaties that Egypt ratified the force of law. It nevertheless pointed out that the draft fails to give such international documents supremacy over national legislation.

Amnesty International said the draft constitution violates the United Nations Convention relating to the Status of Refugees for failing to define political refugees in a manner which complies with the convention’s definition. It also criticised the draft for making the right to freedom of association and media freedoms exclusive to Egyptian nationals, adding that this is a direct breach of the International Covenant on Civil and Political Rights which Egypt ratified. It condemned the draft constitution for failing to guarantee non-discrimination against foreign nationals living in Egypt.

Article 73 preserves the citizens’ right to hold peaceful public assemblies after notifying the authorities, leaving the manner of notification up to the concerned law.

“The draft constitution’s promise to enshrine the right to freedom of assembly rings hollow when the government passed a law on 24 November essentially allowing the security forces to ban and forcibly disperse peaceful protests at their whim,” Amnesty International said, in reference to the newly-passed and highly controversial Protest Law.

The legislation consists of strict restrictions on protests, marches and public meetings and requires a prior notice for protests at least three working days in advance; it also allows the Minister of Interior to move, change the route of or cancel assemblies. Articles in the Protest Law also allow security forces to use water cannons, batons and teargas to disperse protesters, as well as “escalatory measures” that would include the use of rubber bullets and metal pellets.

Out of 247 articles in the draft constitution, at least 115 leave the implementation of their contents “up to the law”, which will “organise” or “define” matters. Amnesty International criticised this mechanism, saying that it “risks undermining the essence [of civil rights] given the Egyptian authorities’ continued reliance on repressive legislation as a tool to … punish dissent.”

Amnesty denied that the new draft “fully” protects freedom of expression. It noted that the draft allows criminalisation and imprisonment for libel. Article 71 bans imprisonment for crimes related to publishing, yet leaves the punishment for crimes related to discrimination, defamation or inciting violence up to the law. Amnesty warned that the provisions might allow manipulation by the authorities.

On the issue of religious freedom, the human rights watchdog applauded the first clause of Article 64, which renders freedom of belief absolute. It nevertheless pointed out that the other clauses in the article limit the right to worship to Abrahamic religions, therefore defying the first clause.

Amnesty praised Article 11 of the constitution for “enshrining” gender equality, describing it as an “improvement” over the 2012 constitution. It nevertheless criticised the article’s reference to women in relation to their “family duties”. The article obliges the state to protect women against all forms of violence and to provide mothers and children with adequate care.

Amnesty International highlighted the discrepancy between the human rights aspirations the draft constitution includes and the “reality of ongoing human rights violations”.

“If the authorities are serious in their commitment to human rights, they need to stop arresting opposition activists, hold security forces accountable for killing, injuring and torturing protesters, and take real steps to combat sexual harassment of and assaults on women and girls,” the statement read.

The draft constitution was finalised by the Constituent Assembly in early December and handed over to interim President Adly Mansour on 3 December. Mansour is yet to ratify the draft and call for referendum on it.