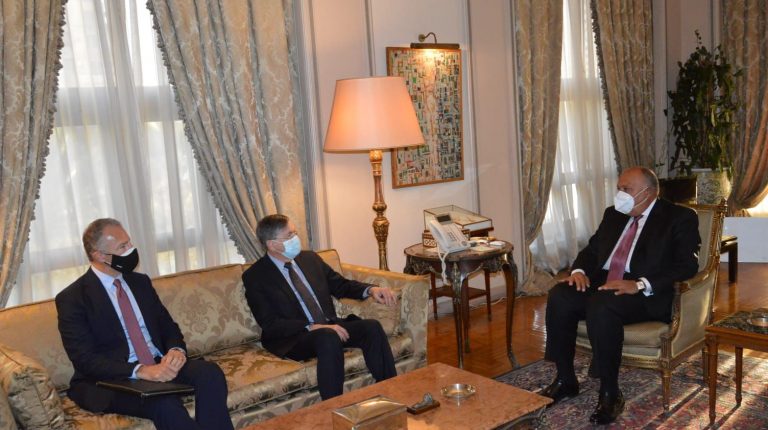 Foreign Minister Sameh Shoukry received on Tuesday US Special Envoy for the Horn of Africa David Satterfield as part of his current tour to the region.

Shoukry stressed the importance of dealing with security and stability in the Horn of Africa from a comprehensive perspective that ensures the settlement of all the issues witnessed by it.

The spokesperson added that Satterfield reviewed the overall situation and issues in the Horn of Africa region, especially the situation in Sudan.

In that context, Egypt supported the initiative of the United Nations(UN) to promote dialog among the various Sudanese parties with a view to resolving the current crisis.

Shoukry also stressed Egypt’s interest in the situation in Somalia and its support for efforts to achieve security and stability there.

In this regard, he referred to the hosting by Cairo of the retreat to discuss post-2021 arrangements in Somalia, with the participation of the Somali government, the African Union (AU), the United Nations (UN), and the European Union (EU).

The meeting also dealt with the issue of the Grand Ethiopian Renaissance Dam (GERD), where Minister Shoukry stressed the importance of resuming negotiations as soon as possible in order to reach a fair, balanced and legally binding agreement on the rules for filling and operation of the Dam that takes into account the interests of the three countries, in line with the presidential statement issued by the Security Council in September 2021.

Topics: US Envoy for Horn of Africa