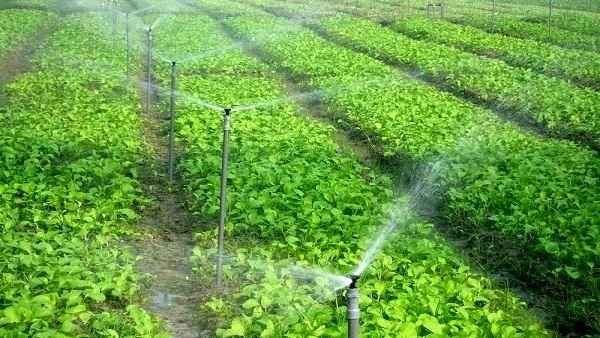 Egypt’s Minister of Water Resources and Irrigation, Mohamed Abdel Aty, held a meeting, on Tuesday, with Abdel Latif Khaled, the Ministry’s advisor, to follow up on the implementation of modern irrigation projects.

Abdel Aty stated that the ministry’s plan to switch to modern irrigation systems aims to rationalise water uses and achieve sustainable development for agricultural development projects, which will have a positive impact on farmers in the first place.

He noted that this giant project aims to transform 3.70 million feddan from flood irrigation to systems of modern irrigation within 3 years.

The minister added that the ministry’s affiliated bodies began to organise many expanded conferences in various governorates in coordination with the Ministry of Agriculture, the National Bank of Egypt, the Agricultural Bank and the governors on the rehabilitation of canals and the shift from flood irrigation to modern irrigation.

This protocol aims to achieve joint cooperation between all concerned parties to implement an ambitious plan to achieve sustainable development for agricultural development projects, by providing the necessary technical and financial support to modernise its irrigation system, in order to achieve optimal utilization of the available water resources.