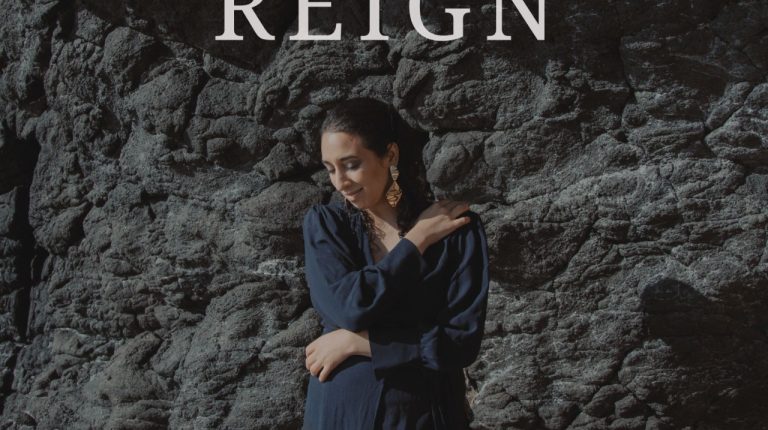 Egyptian-German band Naheli has launched new single “Reign” ahead of their ultra-creative double album later in 2021.

Reign is a slow burning pop song that cleverly builds up the tension and energy before drums and bass up the tempo.

The track is about “feeling burned out and needing to rest” yet also feeling the need to push and create, according to lead singer Lina Farah. ‘Reign’ was one of the first tracks to be written last year and came together quickly with Lina on melody and music and drummer till creating the dynamic feel with electronics and drums. They then worked with Goldilocks Productions where Reign was polished into pop shape.

The result is an emotive and euphoric pop song that neatly combines Middle Eastern accents with a European feel. Those two themes are covered on the forthcoming double album “Chemistry and Re-evaluation”.

“Chemistry” is more pop and represents feelings and emotions. “Re-evaluation” is about thoughts and has a more progressive sound.

And like the lead track, Reign, which is about that internal struggle to keep creative but also the need to rest, the double album is about conflict and the two parts of the inner self.

A lot of themes are about duality: the overall concept itself but also the songs within the album. Reign is one good example, as it represents two sides that need each other and also contradict each other at the same time. Reign is out on 6 August, while Chemistry and Re-evaluation will be released on 10 October.

Naheli is a progressive rock band made up of Lina on vocals and piano and Till on drums and electronics. They were previously called Kassieopeia and released an album and live EP in 2015 and 2018.

Musically, they cover a wide range of influences including European and Egyptian pop, soul and progressive pop.