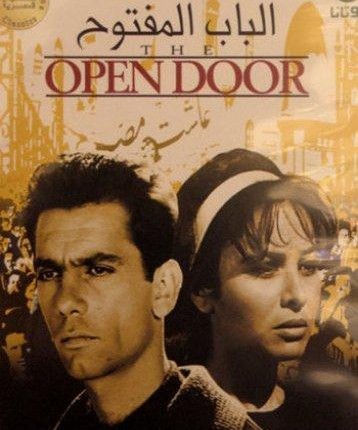 The Cairo International Film Festival (CIFF) will host a book release and an exhibition commemorating the centennial of the birth of renowned Egyptian director Henry Barakat, who died in 1997. The exhibition is scheduled to open on 9 November, the opening day of CIFF, according to a statement by the festival.

CIFF will exhibit photographs of the director and his most celebrated work, in addition to a 30-minute documentary about his life. The Egyptian film critic Magdy Al-Tayeb’s book about Barakat will also be released during the exhibition.

Throughout his filmmaking career, Barakat directed 92 films, scripted 49 films, and produced 12 films. He started off as a film editor and then worked as an assistant director. In 1942 he directed his first film “Al-Charid” (The Homeless), which depicts a story of a man who has an affair with a woman who is engaged to another man. The woman gives birth to an illegitimate daughter, and tries to keep the affair a secret. One day the truth unfolds and conflict arises between the two men.

Films by Barakat discussed several societal issues such as relationships and the fight against conservative traditions. His film also reflected moral corruption and hypocrisy in some Egyptian communities.

“Al-Bab Al-Maftuh” (The open door) portrays Layla, a woman who fights for love and life against traditions. She struggles with her parents, who force their views about the appropriate acts and attitudes for a woman on her.

The film shows a conflict between traditions and real life, which results in superficially prudish figures that hide immorality. One of the characters – Layla’s cousin who is opposed to her rebellious attitude – submits to her mother’s attempts to marry her off to a rich man she had never met. The wife, who ends up having an affair with a man of her age, wants to get a divorce but her family rejects her decision, despite their knowledge about the affair, to protect their social image.

“Okhty” (My sister), another film by Barakat that tells the story of a man who falls in love with a prostitute, and moves to live with her in a village. To protect his reputation, the man introduces the prostitute as his sister, but the neighbours learn the truth and force him to leave the village. The woman, who decides to quit prostitution, refuses to move with him, as he refuses to marry her because of her past.

Other films by Barakat include “Hekayet Bent Esmaha Marmar” (The story of a Girl Called Marmar), “Leilet Al-Qabd Ala Fatma” (The Night of Fatma’s Arrest) and “Doaa Al-Karawan” (The Nightingale’s Prayer).