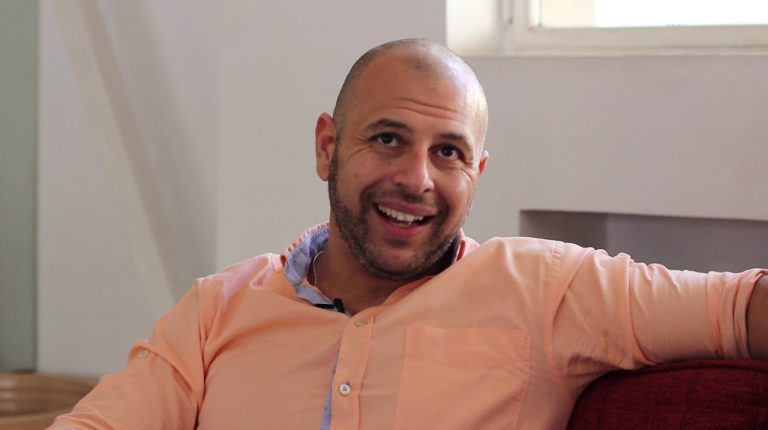 What are the most important changes since you took office?

Reforming the home from within is the first task I took since assuming the General Secretariat last July and was elected by the AFE in April. Since taking office, I found many issues focus on. One of which was changing the internal environment. He also explained that for the first time ever, the Egyptian Exchange (EGX) is the president of the current session of the AFE.

What are the most important changes that the AFE underwent?

The most important change was the adoption of a new system for the AFE to restructure its board of directors. The change is meant to ensure that not all members of the AFE are members of the board of directors so the board may stay at 8 members only. He added that the AFE Board of Directors at its last meeting agreed to abolish the Executive Committee and to create new permanent committees such as the Financial Technology and Innovation Committee and a committee for the legislation regulating financial markets, as well as committees concerning brokerage, listed companies, and sustainability. The board also announced 2020 a year for sustainability in Arab Exchanges.

The Legislative Committee pays attention to financial brokerage companies and to solve the Arab market’s problems.

The door has been opened for members of the AFE and other brokerage companies to be members of these committees so that they are not limited to stock exchanges and clearing companies.

The AFE also signed a memorandum of understanding with the Financial Technology Corporation in the Middle East and North Africa, and according to it, there will be a kind of joint training for financial technology. He mentioned that earlier this month, the company hosted a workshop on financial technology in financial markets for the first time ever in the Arab region.

The AFE is holding talks with the Federation of Money Market Authorities and the International Federation of Stock Exchanges to create joint cooperation between the parties concerned. We aim to work with the Federation of Arab Securities Authorities as the umbrella that brings together Arab companies under them. The AFE is also seeking to establish a unified Arab code system for coding operations and facilitate trading between Arab stock exchanges. It was necessary to create added value for the members of the AFE since they are members of other unions.

We also focused on expanding the federation’s membership base, since the federation was able to attract the Dubai Gold and Commodities Exchange as a member for the first time in the last batch of the federation’s board of directors in the presence of the Stock Exchange CEO. Our future plans include communicating with other parties in the Arab region to join the AFE.

How many members are there in the AFE, how many listed companies are represented, and how many clearing companies?

The AFE currently includes 21 active members, with 17 stock exchanges and four clearing companies. The union represents 1,600 companies listed in all Arab markets, and the market value of them exceeds $1trn without Saudi Aramco. Egypt will assume the presidency of the AFE until the next annual conference, after which the presidency will move to the Tunis Stock Exchange. We look forward to having added value for AFE members in one way or another.

How can we have a common Arab stock exchange?

It is more important to create an Arab product that facilitates trading for Arab investors rather than creating a unified Arab exchange.

What new products are the AFE creating?

The AFE is working on restructuring the AFE Index and discussions are underway with Standard & Poor’s company to restructure and allow the creation of ATF services. Young investors need to be given attention and granted a product that attracts their investments into the exchanges. We began the trend to create many applications in financial technology, explaining how to use blockchain and artificial intelligence in financial markets and the trend to use robotics in many jobs to provide more selective ones. The federation is planning to launch financial technology that allows the small investor to have a role in the financial market by providing technological applications, especially that the Central Bank of Egypt (CBE) took bold and rapid steps in the field of financial technology.

What is the role of the Financial Regulatory Authority in the field of financial technology?

Can blockchain technology solve what legislation has failed to standardise?

The blockchain technology would unify systems through technology, it facilitates investors opening different codes in each emerging market. A unified code can be established for the same investor in all markets.

The small investor in emerging markets always prefer index funds because they reflect the image of the market. Asset management globally has an interest in entering financial markets through financial technology. There are funds specialised in sustainable development and the global green economy with huge money but defer from entering the Arab markets that are not interested in investing in sustainable development.

What is the AFE’s role in the field of sustainable development?

The federation is working to launch sustainability standards and mechanisms for their work, as well as a ranking system of Arab companies listed on Arab stock exchanges in terms of sustainability indicators and honour companies with the largest share.

What do you think of establishing an Arab Association for Securities?

There is no need to establish an Arab Association for securities, the AFE is a home for both brokerage companies, listed companies, and all stock exchanges. It is possible to add it to the AFE and not as a separate entity.

How does the federation attract its members?

The federation seeks to attract interest for joining membership and achieve benefit for each of the members. It has been providing training courses for brokerage firms and providing member participation in legislation. It seeks to help brokerage companies in organising various promotions.

How does the AFE provide its resources?

The AFE seeks to create other financing resources represented in various advertisements, sponsorship, conferences, and training to diversify the sources of financing. The federation previously was dependent on membership fees only.

What are the challenges facing the AFE?

The biggest challenge facing the federation is that its headquarters are in Lebanon, and that there are difficulties with banks, which are being solved with the help of the Lebanese authorities.

How does the access to the Morgan Stanley index affect the market?

The entry of emerging countries to the index enhances market liquidity and attracts capitals, it has a positive impact on the markets listed in the index.

After Kuwait joined the Morgan Stanley index, are there other countries that are nominated to join?

After Kuwait joined the index, there is no other stock exchange nominated to join at the present time. The head of the Kuwait Stock Exchange did not attend the last meeting of the AFE because he was busy promoting Kuwait’s joining the index.

What is the impact of Aramco’s offering on Arab markets?

The Saudi oil company Aramco IPO withdrew the liquidity of the surrounding markets, especially after the sale trend on the stock exchanges surrounding the Saudi market (Tadawul), and moving to join the IPO.