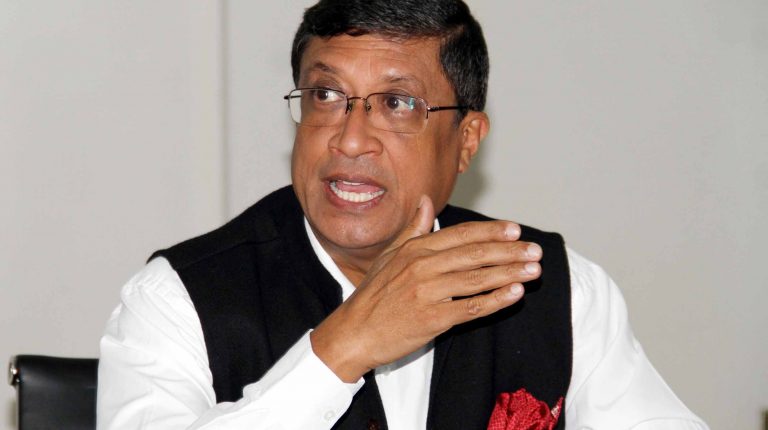 Daily News Egypt interviewed the Indian ambassador to Egypt, Sanjay Bhattacharyya, to get a better understanding of the new Indian investments that will be pumped in Egypt’s market and of his opinion regarding the recent economic reforms in the country.

What are the results of Egyptian President Abdel Fattah Al-Sisi’s visit to India?

President Al-Sisi’s visit to India last year was very significant, and the visited focused on the three pillars of our bilateral relations in terms of political security cooperation, in terms of our economic and scientific engagement and also in terms of our culture cooperation and people to people exchanges. Thus, the visit was very important.

President Al-Sisi himself laid a lot of emphasis on the economic engagement. On the eve of the president’s visit, we had just under $3bn worth of investments in Egypt.

During his visit to Delhi, the Egyptian president met with a very large number of businesspeople. He met with the joint business council as a group and also with top Indian businesspeople.

There have been two types of investments that have been taking place. The first are companies that already have a strong foothold in Egypt, one important one being TCI Sanmar, a chemical company in Port Said with investments estimated at $1.2bn. After the Egyptian president’s visit to Delhi, the company added an additional $280m for an expansion phase to expand their product range and output.

The second company that has undertaken significant expansion measures is Monginis. This is very well known in Egypt, and it has established another factory outside of Cairo, which will enable them to expand their production and distribution network, and they are also planning to set up more distribution outlets in Upper Egypt.

The third Indian company, which is already present and is also going in for additional investment is Alexandria Carbon Black (ACB). They have a very large production facility, which is the largest in the Middle East and North Africa (MENA) region to produce carbon black. They are going in for greater efficiency and environmental upgrading, something that will prove very significant.

What are the new investments that will be pumped in the Egyptian market?

Apart from the ones that are already here and which have been expanding, six new companies will be investing in Egypt. The first one that I would like to mention is Lava, a company operating in the field of mobile telephones.

Lava has come in with its range of products, and they already had their test launch in the delta region. They are expected to launch in Cairo very soon and will start production next year.

The second large company that is already coming is the Mahindra Group, a huge conglomerate. It is already coming in with investments in the farm machinery and implements sector. It is expected that by the second half of next year, their production facility should be up and about.

The third company is Godrej. It is a very old and reputable Indian company with a product range that is very wide, and they have come in to the personal care segment.

The fourth Indian company came in the agro-processing sector, and they are establishing their presence in the new schemes for developing the deserts. That company is yet to announce its major project. They have already concluded the agreements, and they hope to be established by next year as well.

Furthermore, there is a company operating in the oil-processing sector, which is now established in Alexandria, and they have outlets in different parts of the country.

I would expect to see some more possibilities come up in the field of textiles. In fact, the sixth company that is coming is in the textiles sector and has already concluded the agreements over here for the establishment of its plant in Egypt.

The other sector in which I expect more to come is that of pharmaceuticals, and we will see some development of that sector over the next year.

There are also many IT companies coming because there is a need in Egyptian market for such companies.

I think there are very exciting opportunities in the chemical sector and in petrochemicals.

Shall we expect a visit of Indian businessmen delegation to Egypt?

We are currently preparing for the visit of an Egyptian group. There were two business groups that had travelled to India earlier, one from the FEI and one from the textile and leather sector. Now we’re expecting another group of Egyptian investors association to travel to India because of the prospect of investing there; for Egyptian investors in India, we are currently preparing for one such delegation to go.

We are also preparing for a very small group of large investors from India to come to Egypt towards the end of the year. We are currently preparing the schedule of their arrival.

We are working with Confederation of Indian Industry (CII) as they are the largest confederation in India to look for some big industry players to come.

What is your opinion of the current economic reforms taken by the Egyptian government?

We are very excited about the reforms the Egyptian government has undertaken so far. We ourselves went to similar reforms in India.

Egypt is a very large economy. It is also a very complex economy. There have been two imbalances in the Egyptian economy lately. One was the fiscal imbalance in the domestic sector, the other was the external imbalance, the latter in the form of the lack of foreign exchange. We had noticed that the Egyptian government, particularly since the beginning of last year, had been taking a number of steps to correct these imbalances. The reforms in terms of reduction of subsidies was remarkable and must be congratulated. As for the reduction of subsidies, it has been complemented by the focus on the poorer sections of the community through packages in which the rationing system has been made more effective. Therefore, I think some of these measures are truly remarkable.

The moves on the external sector, particularly for currency reforms are most commendable, and I think the business sector will welcome this greatly.

The third component of this is the legal framework in which business can operate because, ever since, Egypt’s parliament has undertaken a number of legislative measures on investment, labour laws, land acquisition. Thus, all these are very positive signs from the perspective of an investor because the investor wants that there should be an assured regime, which will be fair to everybody—and I think that the legislative measures in Egypt have moved in that direction. Therefore, many Indian businesspeople are coming to Egypt.

What other new investments is India negotiating with the Egyptian government to pump?

We are also looking at wider opportunities with the ministry of the public business sector. We have had earlier discussions with the ministers of transport and electricity. I have met with Minister of Investment and International Cooperation Sahar Nasr, and we have had discussions that we will start looking at these in detail because what we need are projects. Furthermore, Indian Exim Bank, which basically looks at granting credit line for funding companies, will look at the feasibility of that being done under Indian financing. In most cases, we can do any project, but we also like the country to have the advantage of seeking the best partner—so, once we get what was called the detailed project report, we will share that with the Indian government and the Exim Bank, and then start the process.

A $10bn facility was initiated in 2015 during the India-Africa Forum Summit. President Al-Sisi had attended that meeting as well. Since then, we have dispersed a little over $3bn in projects in other countries in Africa.

What are challenges that face foreign investment in Egypt?

Every economy has its challenges. We are also in a very challenging times if you look at the kind of decline in growth in developed countries. These are very difficult times because a lot of growth is connected with the growth of the global oil prices. Hence, if developed countries slow down their ability to fund or invest in our economies, that also reduces the flow of technology, so we need an environment of growth and development.

I agree that times were difficult, and I think last year was probably the turning point. But we have seen very good management of the problems, and I think today Egypt can proudly say that it is on the path of recovery. Consequently, the message that I give my business community back in India is that the difficult times are now behind us, and you can look forward to a very productive period of cooperation.

What is the number of Indian tourists in Egypt?

We are organising a seminar on tourism during the current month and is being coordinated between the Indian tourist office based in Dubai. Through the seminar, we will increase the number of Indian tourists coming to Egypt and vice versa.

We need more contact with tour agencies so that people can receive better packages. Holy lands are more popular destination, as can be seen by the number of people visiting Jerusalem, Jordan, and Sinai.

Indian tourists are interested in historical tourism, such as visiting the Giza necropolis, Luxor, and Aswan.

How to promote the trade exchange between the two countries?

Our trade with other countries in Africa or the Gulf region is much higher, so we should do more in terms of trade with Egypt.

We have analysed that the reasons for the fall in the trade volume came as a result of the fall in the global price of oil; besides, international trade has gone down too. However, I think that India and Egypt can work much more to diversify the trade basket such as agriculture commodities and manufacture and other items help in boosting trade exchange between the two countries.

We are working very closely with business community to promote trade. I think that outcome of these efforts will be seen in the coming years.

Shall we expect a visit of the Indian prime minister to Egypt?

The Indian Prime Minister met Al-Sisi on the sidelines of the BRICS summit, which was held in China in the beginning of the current month. The prime minister expressed his very deep desire to visit Egypt.

Indian TCI Sanmar re-increases its investments in Egypt up to $1.625bn

40% of those who receive subsidies find it inadequate: El Meselhi