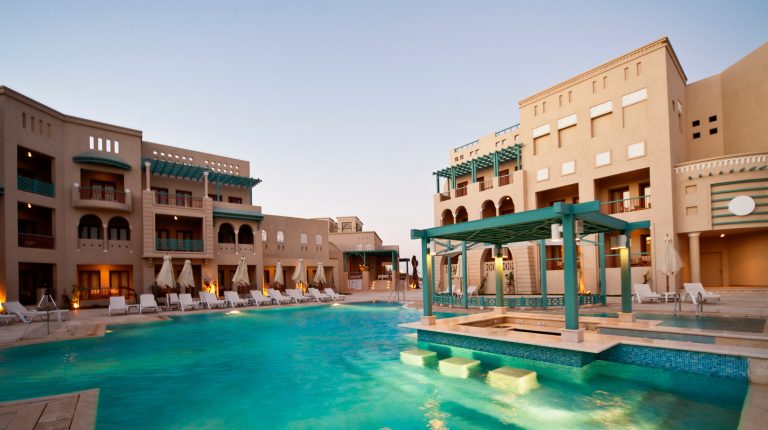 The bookings of Alexandria hotels for next week during the celebrations of Eid Al-Fitr have reached 100%. Many citizens tend to spend the Eid holiday in Alexandria, as an escape from the high temperature in Cairo and other governorates.

Antonio Ghazal, the former head of the Egypt Hotels Association (EHA) in Alexandria, said that summer is considered an important season in Alexandria, where occupancies go up to 100%, which increases prices by 50%.

He explained that the prices of rooms start at EGP 2,500 per person and increase based on the number of stars, the location, and the demand of citizens—where the hotels overlooking the sea are usually more expensive.

He stressed that the Eid Al-Fitr holiday coinciding with the summer greatly increases hotel occupancy by Egyptians, where foreigners and Arabs represent only 5% of occupants.

Ghazal pointed out that occupancies will see a rise starting next week in Alexandria, the North Coast, and Marsa Matrouh, adding that a slight decline will take place after Eid before recovering.

He demanded the government of Alexandria to make more efforts to take the governorate out of the frame of seasonal tourism and turn it into one with tourism all year long, allowing investors to invest in it throughout the year.

He said that the means of reaching Alexandria, Matrouh, and the North Coast are easily available, whether by air, sea, or land, which helps the government pay more attention to them.

Hisham El Abd, vice head of the EHA, said that some Alexandria hotels have closed booking until the end of the season because of a shortage in vacant rooms. He explained that the week of Eid will see the highest occupancy.

He said that the flotation of the pound has resulted in a 100% increase of prices for local products used by hotels and offered to customers, so compared to previous years, this year will witness a noticeable increase.

He added that citizens resort to renting chalets when they do not find empty rooms in hotels, and their prices are usually less than hotels.

He revealed that the summer season increases employment in hotels by no less than 50% compared to winter, which witnesses the closing of many hotels.

The director of bookings at the Steigenberger Cecil hotel said that the prices in his hotels start at EGP 1,800 per person.

He explained that there is a 50% increase in prices compared to last year due to the devaluation of the Egyptian pound.

The bookings director at Four Seasons Hotel in Alexandria said that the price of a room in the hotel starts at EGP 5,000, excluding meals, with an unspecified increase over last year’s price.

He added that there are no vacant rooms over next week, while bookings during the week after will range between 50% and 60%. The hotel also seeks to attract guests by providing shows and concerts.

Government to decide on electricity price increase by end of June