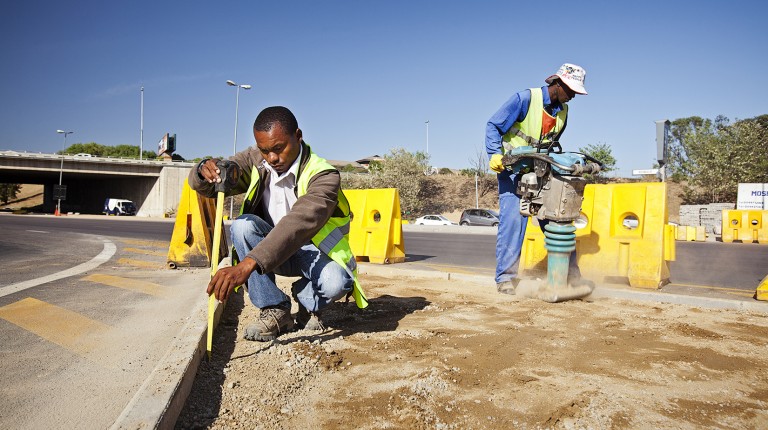 Egypt has 25 main construction companies and only three are operating inside Africa—Arab Contractors, Orascom Construction, and Nasr General Contracting (Hassan M. Allam)—according to member of the Egyptian Federation for Construction and Building Contractors (EFCBC) Daker Abdullah.

Abdellah said that the total business in Africa is valued at $45bn, with an absence of Egyptian construction companies in the business arena.

In a press conference titled “The Way to Africa” held on Sunday, Abdullah said that China, India, and Turkey dominate investment and business in Africa, while the Egyptian share of these investments is very small on the continent.

There are some obstacles for the construction sector in Africa due to the tension and instability of certain countries on the continent, which requires insurance companies to support construction companies doing business in Africa.

Abdullah said the second major challenge is financing, as companies cannot invest in the continent due to the lack of funding from Egyptian banks, even though the total portfolio of deposits in these banks registers EGP 2.860tr.

He called on these banks to allocate EGP 1tr for companies to support investment in the construction sector in Africa.

The chairperson of the Arab Union for New Urban Communities’ board of directors, Adel Rahoma, said that trade in Africa is weak compared to other continents. In Africa, total trade reached 10.8%, while in Europe it reached 40%.

Rahoma noted that trade and investments with Africa in the construction sector will help to reduce unemployment rates. According to the latest statistics, the unemployment rate in Egypt is 12%—at least 9 million people.

Rahoma revealed that the union will arrange visits to gather the business community and the media to visit potential African countries for investment in construction so as to encourage them to start talks, negotiations, and collaboration efforts.

He told Daily News Egypt that the Arab Union for New Urban Communities submitted a request to the Egyptian Ministry of Housing to build 30,000 residential units in the second phase of the New Administrative Capital.

The way to Africa is the hope [we need] to improve the economic situation in the country, said Mohamed El-Menshawy, head of the Machinery and Equipment Division at the Federation of Egyptian Industries.

El-Menshawy added that there is a permanent exhibition being held in Kenya, Ghana, and Sudan, calling on Egyptian construction companies to take advantage of government support or shipping cost discounts provided to these companies.

He revealed that there are about 5,000 factories in Egypt producing equipment for the construction sector, besides other related industries.