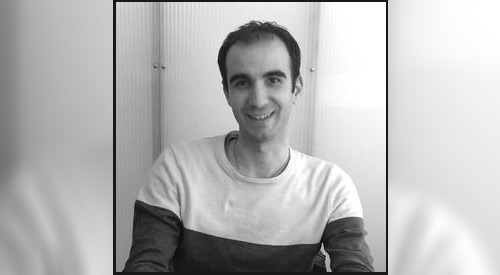 “The Guardian’s accusations of fabrication by its correspondent Joseph Mayton prove the ministry’s previous stances towards the newspaper were legitimate,” said the Egyptian Foreign Affairs Ministry on Saturday.

This came in a press release quoting ministry spokesperson Ahmed Abou Zaid while speaking in a press briefing, during which he said that the incident provides “conclusive evidence to what we expressed several times regarding The Guardian’s false and non-credible reports on Egypt”.

Abou Zaid added that with recognition of the newspaper holding its correspondent accountable, The Guardian will continue to be responsible for correcting the “wrongful impressions and distorted image of Egypt” it reinforced to the Egyptian and global public.

Egypt will continue to monitor what is being published by Western media and deal with any inaccurate or fabricated reports, Abou Zaid.

Mayton, a freelance journalist who wrote dozens of articles for The Guardian, came under fire after the newspaper published on Thursday a note to readers written by The Guardian’s US editor, Lee Glendinning. “We’re publishing this because The Guardian aims for the utmost transparency with our readership,” Glendinning posted to her Twitter.

The note to readers said that, upon claims by sources that they had not spoken with Mayton in pieces they were quoted in, independent investigations were launched to fact-check all of his prior work, which The Guardian explained “comprised 37 single-byline articles published between 2015 and 2016, seven shared byline stories from the same period, and 20 opinion pieces written from 2009 to 2015”.

The Guardian’s note primarily focused on a problematic article published in February that was written by Mayton, for which he had been “unable to provide convincing evidence that the interviews in question in the February article had taken place”.

It also said that investigators “found articles that contained likely or confirmed fabrication, including stories about two events that organisers said he didn’t attend”.

Therefore, investigations concluded that a certain extent of “fabrication” and “uncertainty surrounding many of the articles, resulting in the removal of 12 of the news stories, and one opinion piece.”

“There were other stories which proved accurate, with no corrections needed, and have been left as is,” The Guardian said.

In other articles, a footnote at the end reads: “This article was amended on 26 May 2016 as a result of a fact-checking investigation. A quote that could not be verified has been removed.”

The note concluded with an apology to sources and readers.

However, it appears that Mayton’s articles that were found most problematic by The Guardian – to the extent of being taken off the website – were generally unrelated to Egypt, with the exception of one story on animal rights in the Middle East.

The Desk website, run by US-based journalist Matthew Keys, was able to provide cached copies of Mayton’s articles, including 13 stories entirely removed by The Guardian, most of which covered wildfires in California.

“A total of 13 stories were deleted from The Guardian’s website. One story dealt with animal rights in the Middle East, and there was some mentions of Egypt in his story. However, most of the pieces he wrote from Egypt were not deleted — instead they were modified to remove quotes that the Guardian said they could not authenticate as true or real,” Keys told Daily News Egypt on Sunday.

As for Egypt-related content—dated between 2009 and 2010—The Desk’s list showed another 14 articles where content was amended and some unverified quotes attributed to different Egyptian sources removed.

Mayton published a response to The Guardian’s note on his Twitter account, in which he denied the accusations and claimed that he had provided evidence “showing that many sources had in fact spoken with me and either did not remember or refused to be truthful”.

“The Guardian says that they found articles that ‘contained likely or confirmed fabrication, including stories about two events that organisers said he didn’t attend’. I know of one specific event that I attended and to tell me I wasn’t there is not only wrong, but insulting. Their article also says that ‘several people quoted in Mayton’s articles either denied speaking with him or giving the quotes attributed to them’. I have given evidence, including the phone record requested by Guardian editors and emails, from sources who claimed I did not speak to them,” Mayton wrote on Thursday.

The Egyptian foreign minister, other state officials, and pro-regime figures have often accused Western media of inaccuracy, bias and leading a conspiracy against Egypt by promoting an inaccurate and distorted image, but accusations have also spread to reports prepared by foreign organisations and institutions.

Widely criticised was a resolution issued in March by the European Parliament on the situation of rights and freedoms.

Recently, even non-supporters of the regime were critical of Western media coverage of the EgyptAir MS804 plane crash.

Foreign correspondents have experienced an increasing level of surveillance and crackdown from authorities, with some being deported from the country.