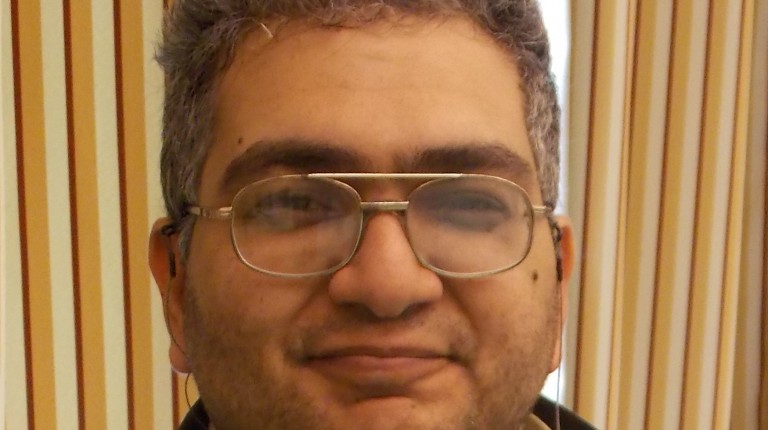 I was watching a televised discussion the other day about displaying movies and conducting plays in mosques, in a room extension adjacent to the mosque that is, and the subsequent conflagration that followed between the two clerical discussants. The objective behind this suggestion, typically enough, was modernising and moderating the khitaab al-dini (religious discourse or message).

The key objection, though, was how such ‘naughty’ things as cinema and theatre would detract from the holiness of the mosque as a site of prayer. You could see straight away that the oppositional cleric considered these artistic forms to be lurid, by necessity. He openly stated that theatre meant dancing. He warned that even you if were watching a religious drama, film or documentary, you would still have to put up with commercial breaks that could contain inappropriate material. Note that the same species of reservation were raised, in Saudi Arabia, over Moustapha Al-Akkad’s “The Message” (1976), with implicit charges of paganism in the background, although the Prophet Muhammed (PBUH) and most of the Prophet’s Companions were not depicted. Bringing this up is imperative given the even more recent fracas that has emerged with the planned Iranian biopic about the Prophet Mohammad (PBUH), “Mohammad, Messenger of God”.

As an old-fashioned ‘Sunni’ Muslim, I’m all for religious strictures over such depictions, but there is such a thing as not throwing out the baby with the bathwater. The movie is supposed to respect these restrictions and is meant to counter “Islamophobia in the West”.

“The Western interpretation of Islam is full of violence and terrorism,” or so says the Oscar-nominated director Majid Majidi.

Visual arts are not ipso facto contrary to religion, and there was nothing inimical to Islam in Al-Akkad’s movie – God rest his soul – apart from how boring it was. How to settle this debate on upgrading Muslim dialogue? By taking a peek at the Christian, European experience.

A great many Protestants during the Reformation, we must remember, were iconoclasts and busied themselves with ransacking Catholic churches and destroying “objects associated with miracles, magic and the supernatural,” to cite Philip Jenkins’ review of James Noyes’s “The Politics of Iconoclasm: Religion, Violence and the Culture of Image-Breaking in Christianity and Islam” (2013). Jenkins rightly says that Westerners have an “extremely distorted view of Christianity’s own Reformation” when they call for Islam to evolve along Protestant lines. “Arguably, Islam has been going through its own Reformation for a century or so, which is exemplified by the Wahhabis and Salafists. That’s the problem,” he adds.

Noyce, moreover, isn’t the only one to make an explicit comparison between Calvinist iconoclasm and what the Salafi-inspired Taliban did to the statue of Buddha. What would he have to say about “Islamic State’s” systematic destruction of Shi’a shrines and mosques? Jenkins affords us an answer: “When Reformation states and mobs destroyed or suppressed those alternative cultural forms, they were in effect removing popular access to the understanding of faith and the Christian story.” Note that the Catholic Church got around Latin-illiteracy with ‘illuminations’, picture-laden Bibles. Theological puritanism, in other words, was not the only motive behind this campaign of anti-artistic terror.

So that’s what IS is getting up to. They want to make it all the easier to eradicate Shi’ism from the Muslim body-politic by removing their chief means of passing down their doctrine from one generation to the next – physical embodiments of Shi’a belief and practice. The same holds true of the Salafi disdain for music, song and all forms of acoustic merriment. Extremists the world round have a problem with music, angry at its mellowing effects on the human soul. If you want mindless soldiers for war, you aren’t about to tolerate anything that soothes these savage beasts, are you.

This hostility to music, and to the caboodle of arts we’ve acquired from European history – theatre, cinema, television – are more pronounced in our part of the world because they’re not part of our cultural heritage. They’re subsequently perceived as alien, and religious excuses are invented after the fact, whereas poetry (which can actually be more damaging) gets off scot free. Words have meanings and if the meanings are sacrilegious, then the intent of a poem or song can be unholy, but music is a purely formalist art form and contains no meanings. How is using your ears, or eyes for that matter, by necessity sacrilegious? Christians have choir music and conduct plays in churches and cathedrals, and it hasn’t diluted their sense of religiosity. Quite the contrary.

Like everything, it’s how you use it, something the Protestant revolutionaries themselves learned with time. The visual emphasis of religion was able to reassert itself in Europe and for good religious reasons – glorying in God’s creation means appreciating the beauty and mastery of His handwork, and how better to do that than by drawing and painting.

I could add that when you’re sketching something, real or imagined, you’re ‘studying’ it in effect, as well as seeking out more abstract aesthetic qualities, like elegance, balance, grace – principles that govern the universe. Where do you think the whole notion of laws of nature comes from? So, you can still have restriction when it comes to ‘certain’ religious depictions, something that is even true in non-iconoclast traditions in Christian history, but the basic idea is preserved – that visual arts can actually be conducive of religiosity.

That being said, you still have to be careful. One of the things that inflamed Protestants were the visual excesses of the Catholic church, such as 14th century depictions of the Trinity “in the form of a man with three mouths, three noses, and four eyes or in the form of a head with three faces.” King Charles I, famously executed by Oliver Cromwell in 1649, had a portrait done with ‘three’ images of himself. And, by pure coincidence, the doctrine of the ‘divine right of kings’ was all the rage at the time.

After poetry, images are the oldest form of deploying propaganda known to man, and you could always argue that that Iranian movie is meant to sneak in the Shi’a view of Islam onto Sunni Muslims, as well as defend ‘Islam’ as a whole against Islamophobic attacks.

Note that Shi’as are traditionally more relaxed than Sunnis over religious depictions, and the Persians, unlike the Arabs, have a long and proud visual tradition (same goes for music). Hence, they have received many Cannes film festival prizes. So, again, restrictions, yes, but outright banning of entire genres, no. It’s not like the plays they perform in churches are of the lurid Greek-tragedy variety either!

Emad El-Din Aysha received his PhD in International Studies from the University of Sheffield in the UK and taught, from 2001, at the American University in Cairo. From 2003 he has worked in English-language journalism in Egypt, first at The Egyptian Gazette and now as a staff writer with Egypt Oil and Gas