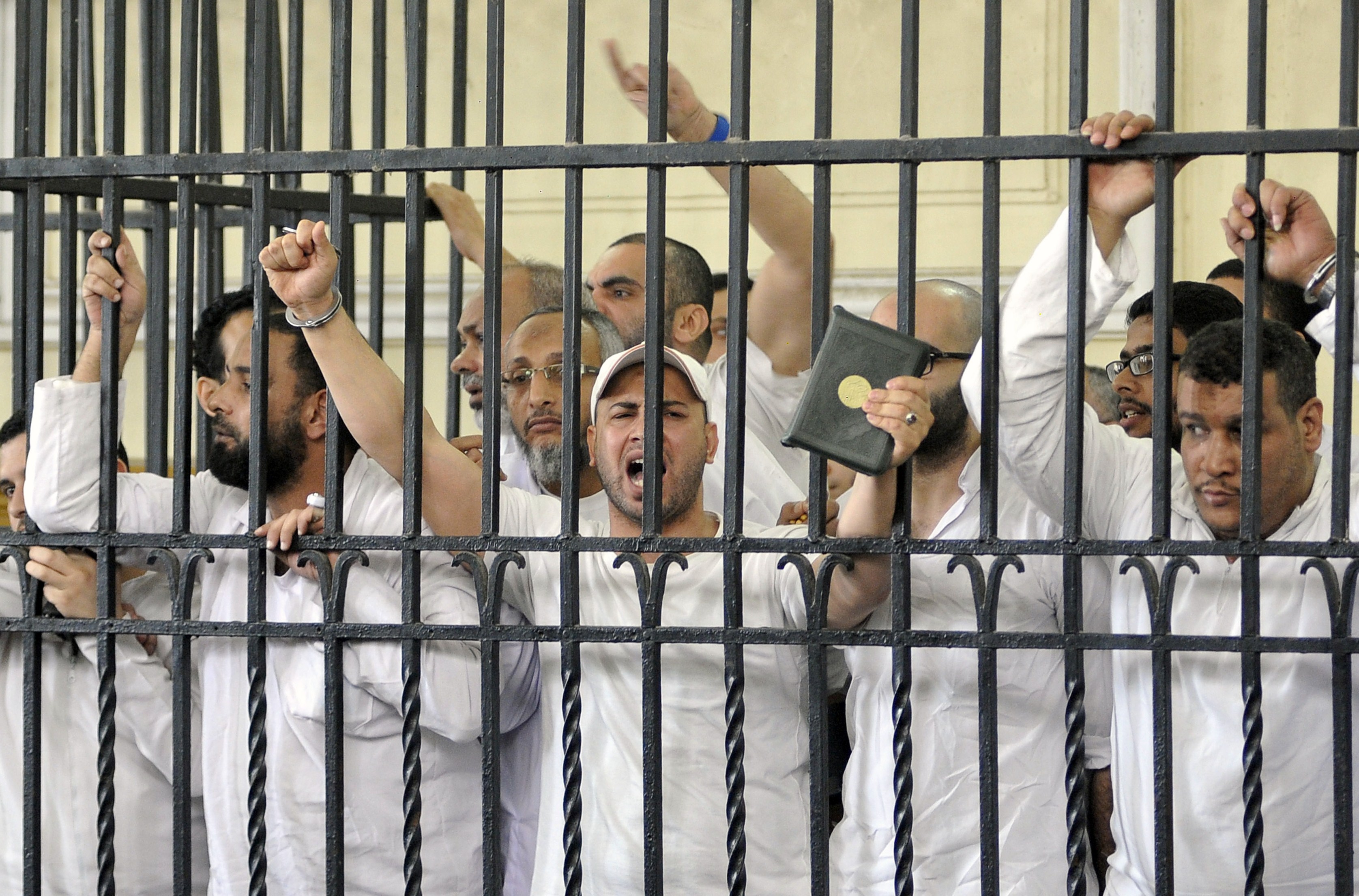 The Cairo Criminal Court sentenced two defendants to life in prison, another to three years, while another defendant was acquitted in a case involving the violent events in Helwan last year.

Anti-government protesters had passed by a police station in Helwan and clashed with security forces there, resulting in the injury of police personnel and civilians. The Muslim Brotherhood accused the police at that time of attacking the protesters.

Two of the accused were sentenced in absentia. The court was headed by Judge Hassan Farid.

The prosecution accused the defendants of “joining a terrorist group that aims at violating personal rights, national unity, and societal peace”.

The Brotherhood described the trial as a “joke”. Egyptian courts have been occupied lately with terrorism related cases.

Last Thursday, the Sharqeya Criminal Court referred 12 people to Egypt’s Grand Mufti to advise on their death sentences for their affiliation with “Islamic State” radical militants. The final verdict is expected on 12 September.

The court also handed three-year sentences to two other defendants in the same case for promoting extremist ideologies.

On the same day, the prosecution referred 14 alleged members from what is dubbed the “Karnak cell” to military court, on charges of belonging to and establishing a group with ideologies similar to Ansar Beit Al-Maqdis group’s. They are charged with targeting police and military men, as well as security facilities.

Another 213 alleged members of Ansar Beit Al-Maqdis are facing trial, in a separate case, for committing at least 54 criminal acts, which include forming and running a terrorist organisation that aims to disrupt the rule of law and prevent state institutions from carrying out their duties.

In a recent development, 38 alleged members of the now outlawed Brotherhood were arrested last week all over the country. The Interior Ministry said that such arrests come as “pre-emptive strikes to target Muslim Brotherhood members and their affiliates”. The ministry added that all arrested members will be interrogated by the prosecution.