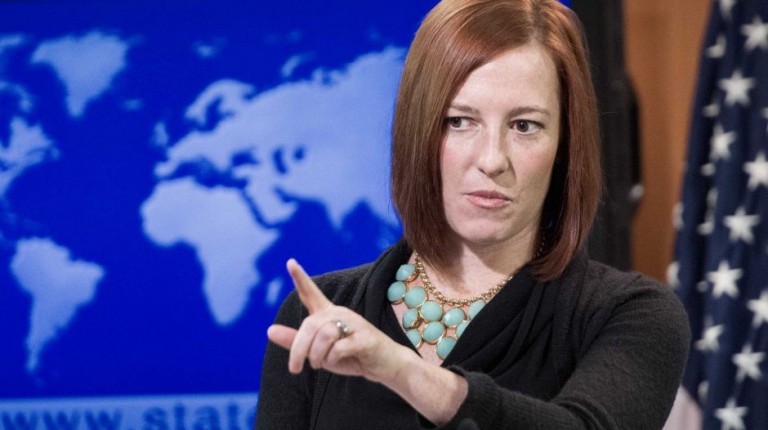 US State Department spokesperson Jen Psaki said she does not believe the use of US dollars between Egypt and Russia will end.

Psaki’s comments came despite Russian President Vladimir Putin declaring that the two countries might use their national currencies in the settlement of accounts in bilateral trade on Monday.

Psaki said that she does not believe that the Egyptian government would share the statement if asked during Tuesday’s Daily Press Briefing.

“We provide a great deal of security assistance to the Government of Egypt,” she added.

During his visit to Egypt on Tuesday, Putin announced the agreement between Egypt and Russia on cooperation to establish a nuclear power plant. The joint project includes the construction of a plant, personnel training and provision of equipment to generate electricity.

“We support peaceful nuclear power programmes as long as obligations under the Nuclear Nonproliferation Treaty to which Egypt is a signatory and obligations to the IAEA are fully met and the highest international standards regulating security, nonproliferation, export controls, and physical security are strictly followed,” Psaki said.

The US spokesperson added that it is her understanding the agreement has been under discussion for some time, yet she does not have additional details on its potential contents.

Putin had arrived to Egypt on Monday for a two-day visit. He announced the nuclear power programme during a press conference with Egyptian President Abdel Fattah Al-Sisi.