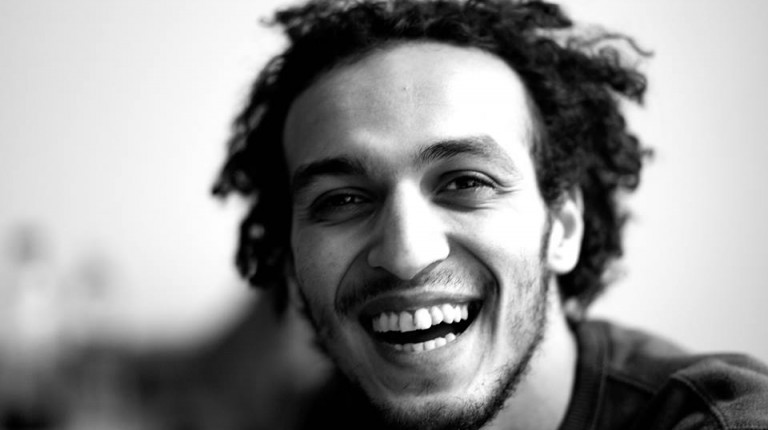 Photojournalist Mahmoud Abou Zied, also known as Shawkan, re-affirmed his innocence, saying “I am a photojournalist, not a criminal”, in an open letter he sent from prison on Saturday.

In a copy of the letter sent to Daily News Egypt, Shawkan said: “I have been kidnapped and imprisoned for almost 16 months now.”

“My family are unable to negotiate my release. I am an innocent man,” he said.

Shawkan has been in prison for almost 500 days.  According to Journalists Against Torture group, his detention was renewed on Saturday for another 45 days, pending investigation.

He was arrested on 14 August 2013 while covering the forced dispersal of the protest camp set up in Rabaa Al-Adaweya in support of the ousted president Mohamed Morsi. International watchdog Human Rights Watch said “at least 817 and likely well over 1,000 people were killed” during the dispersal of this camp alone.

At least four journalists were killed and several other journalists were arrested, including the then-correspondent for Al Jazeera Arabic Abdallah Elshamy. He was eventually released after 306 days in prison without charge and 147 days on hunger strike.

Shawkan said he was only interrogated once during his detention period. He faces multiple charges, which he describes as “fabricated”. These include attempted murder, possession of weapons and ammunition, threatening public peace, disrupting the constitution, and sabotaging public and private property.

Shawkan described the details of his life in Tora prison in the letter, saying it is “a life that is far away from real life, and the life that I had. It is an endless nightmare…” He shares a 3 by 4 metre cell with 12 others, whom he calls “political prisoners”.

“We cook, eat, pray and use the bathroom in this same room,” he said.

Shawkan sleeps on the floor of the dark cell where he remains locked for 22 hours a day.

His family visits him once a week, but not before they are made to wait for up to 8 hours for processing. During those waits, they face “degrading treatment and insults”, he said.

Shawkan said in his letter “journalists are being killed, kidnapped, detained, beaten, arrested, threatened and tortured”.

In 2013, Egypt was one of the top ten jailers of journalists in the world, according to press freedom watchdog the Committee to Protect Journalists (CPJ) census of imprisoned journalists. CPJ ranked the country as the third deadliest country for the press in 2013.

Last week, Reporters Without Borders ranked Egypt as the second country in the world for the number of journalists arrested and the world’s fourth “biggest prison” for journalists, in its annual roundup on abuses against press freedom. The roundup indicated that between December 2013 and December of this year, 46 journalists were arrested in Egypt. Currently, 16 journalists are imprisoned in Egypt, representing 9% of all professional journalists imprisoned worldwide.