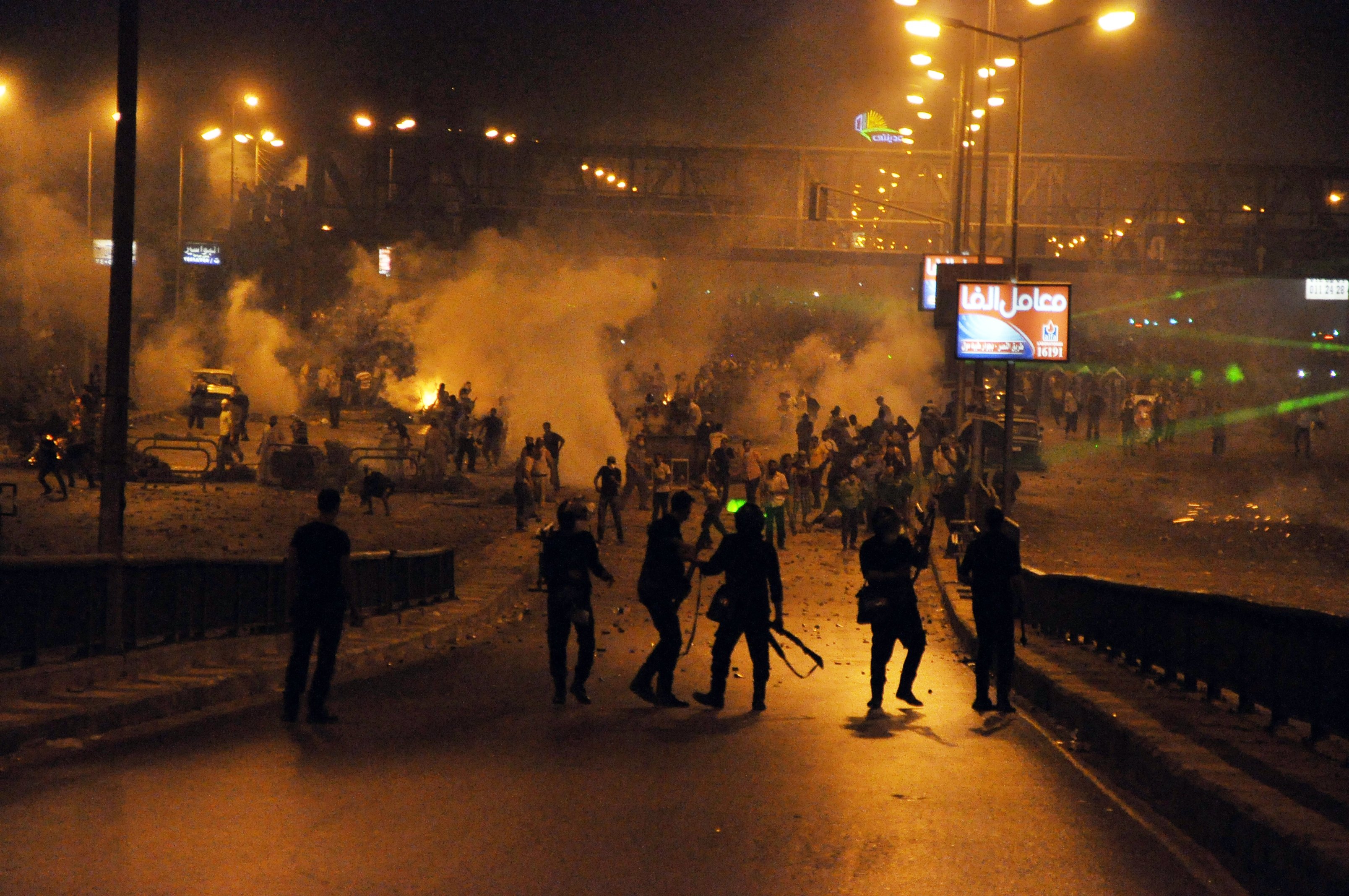 Minister of Interior Mohamed Ibrahim said that the ministry was waiting for the decision from the public prosecution to clear the sit-ins at Rabaa Al-Adaweya and Al-Nahda Square.

The announcement came in a Saturday press conference that addressed the current security situation and the latest developments, after tens died and many more were injured in clashes on Friday.

“The interior ministry will not fire at an Egyptian; we’re coordinating with the armed forces to disperse the sit-ins in Rabaa and Al-Nahda according to the law,” Ibrahim said.

He added that since residents in both areas of the sit-ins have filed reports against the protesters for disrupting their lives: “we are waiting for the prosecution’s decision regarding these reports to clear the sit-ins.”

Ibrahim claimed that torture and killing occurred in Rabaa and Al-Nahda square against anyone the protesters were suspicious of: “when they suspect someone is an agent or security personnel they torture him and throw him out, or call the ambulance to pick him up; we have three cases tortured to death in Rabaa and seven are receiving treatment, as well three torture cases and six dead bodies in Al-Nahda,” he said.

He added that 73 were arrested in Friday’s clashes: “there are other arrest warrants against people who are hiding among protesters in Rabaa.”

Ibrahim also addressed the ongoing violence in Sinai, saying that the situation is closely tied to the political developments in the country.

“Terrorist elements have been active since Morsi’s ouster…there will be a comprehensive security operation in cooperation with the army to combat violence in Sinai,” he said.

Ibrahim added that the Homeland Security Agency was reconstructed poorly after January 2011 revolution and said there can be no security apparatus in any state without a political security administration.

“I started reconstructing administrations like the extremist activities administration… I restored competent officers who have experience to their administrations,” Ibrahim said, adding that these could be used to provide the ministry with information about the attacks in Sinai.

The head of the Arab Penal Reform Organisation Mohamed Zare responded to the minister’s last point regarding homeland security, he said the minister’s statements can’t be examined in isolation from the situation on the ground.

Zare said restoring the practices of Mubarak’s regime against political prisoners is one scenario, but adhering to human rights in fighting terrorism is also on the table: “there are no guarantees.”

Zare said bloodshed has become a daily scene and casualties are mounting, and cautioned that in response to violence: “the majority will be willing to give up some rights and allow the state to limit freedoms.”