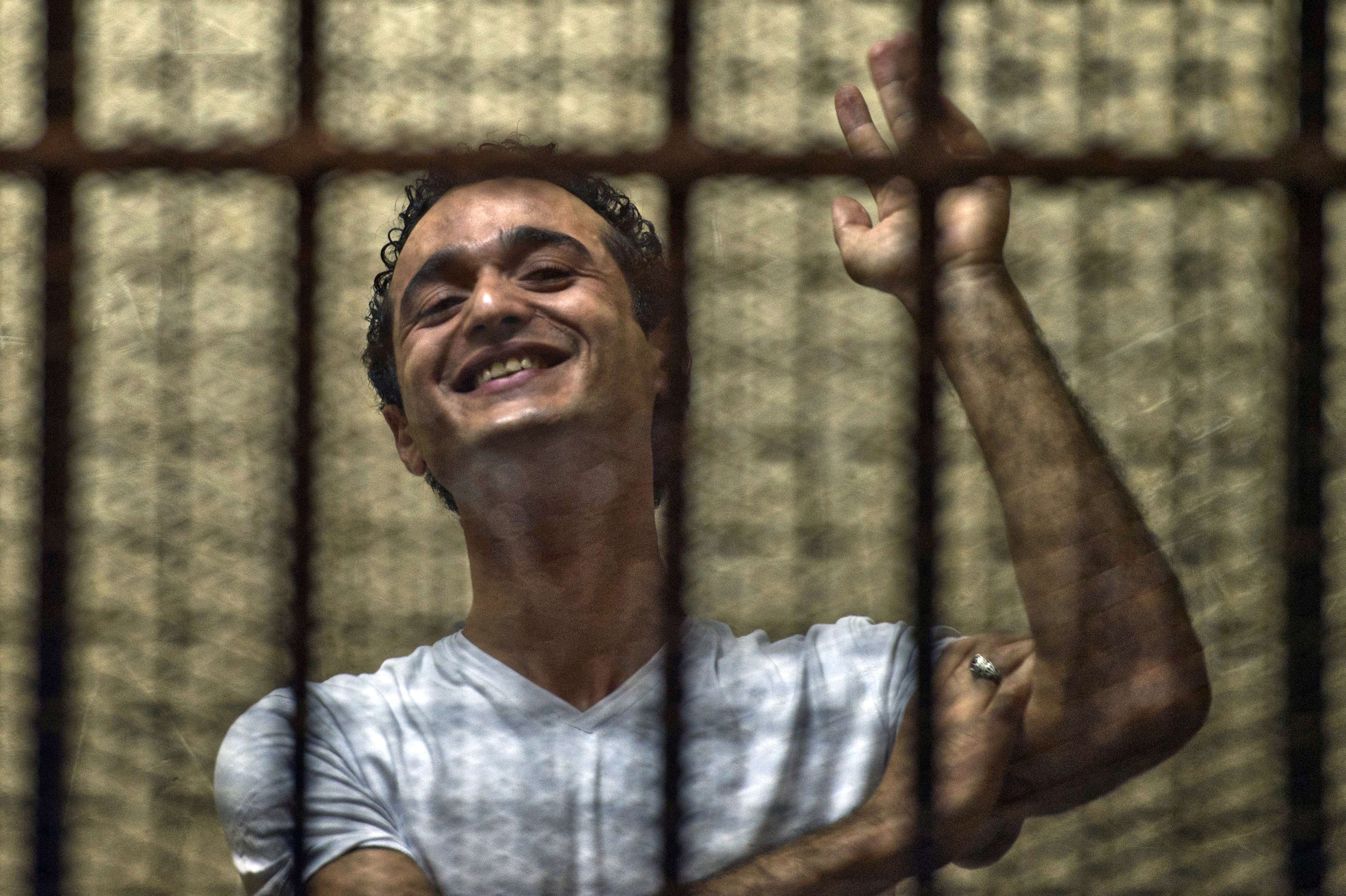 Political activist and blogger Ahmed Doma was released without bail on Saturday after the first session of his case on charges of incitement.

Doma, alongside five other political activists, was accused of inciting violence and causing clashes in front of the Muslim Brotherhood’s headquarters in Moqattam in March.

Mohamed Doma, the defendant’s brother, said he was expected to be out of jail anytime soon. Doma’s court session was in the Fifth Settlement Court.

Ali Seliman, Doma’s lawyer, said the six defendants were accused of inciting violence through personal tweets. He added there were witnesses claiming the defendants physically attacked them, providing medical reports to prove the attacks.

“Doma’s release indicates that the judges can see the case was fabricated,” Seliman said. He stated that despite his confidence in the judges’ integrity, he would have expected a different outcome were the Brotherhood regime still in power.

The others accused were Nawara Negm, Alaa Abdul Fatah, Ahmed Ghoneimy (aka Ahmed El-Sahafy), Karim Omar (aka Karim El-Shaer) and Hazem Abdel Azim. The verdict on the case is expected to be decided on Sunday.

Doma was arrested on 30 April on separate charges of insulting former President Mohamed Morsi. In June he was sentenced to either six months imprisonment or a fine of EGP 5000. He chose to pay the fine, but authorities had refused his release due to the pending incitement charges.