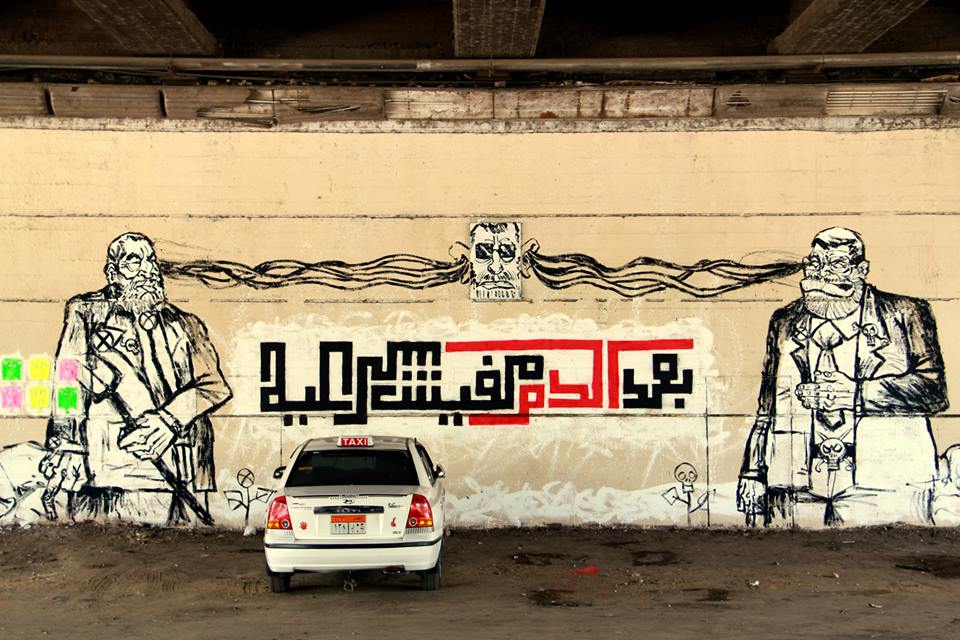 Since the first days of the revolution, graffiti has been a method of resistance for many activists and artists. In early June, an iconic graffiti by Ganzeer showing an army tank pointing its weapons at a simple biker was erased. The graffiti had survived since May 2011, and some blame the Zamalek Guardians for the erasure.

Then, street artists El Zeft, Mohamed Khaled, Mahmoud Magde, Mohamed Ismail Shawki and Ali Khaled gathered and painted new graffiti. The street art shows the Brotherhood’s Supreme Guide tied through brainwaves with Morsi and El-Shater. Written underneath in Arabic is: “After bloodshed, there is no legitimacy”.