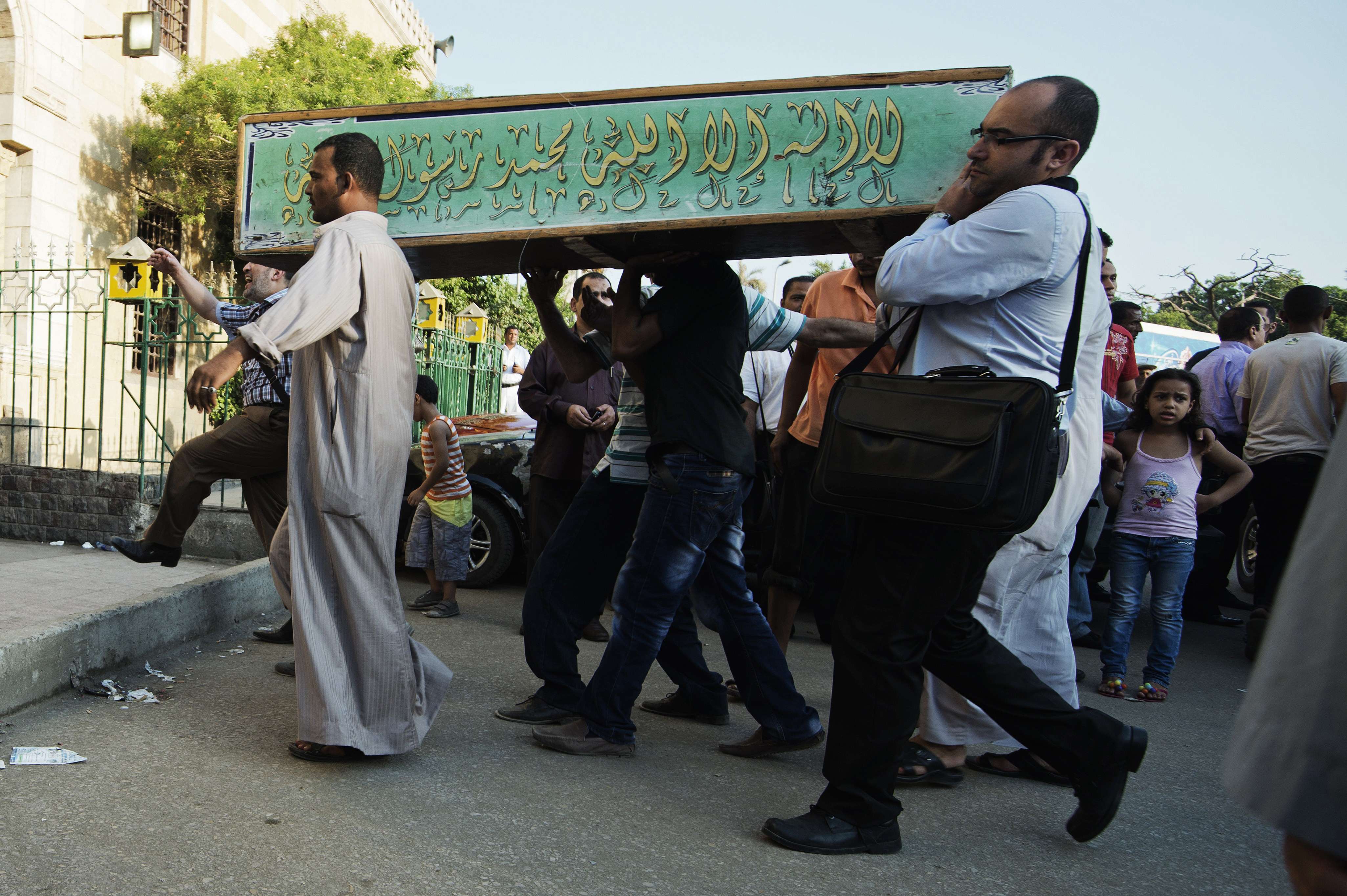 Egyptian authorities have arrested eight persons suspected of attacking a group of Shi’a Muslims last Sunday, killing four, including the prominent Sheikh Hassan Shehata. The arrests come three days after the incident, which has garnered widespread condemnation in Egypt and abroad.

The eight suspects were arrested after Giza security forces analysed footage taken by the area’s inhabitants, the state-owned news agency Al-Ahram reported. Residents of Abu Musallam attacked a small gathering of Shi’as after allegedly accusing them of being under the influence of Iran and attempting to convert Egypt’s Sunni Muslim majority.

Iran’s Ministry of Foreign affairs issued a statement condemning the attack, the Iranian Republic News Agency reported on Tuesday. The ministry statement stressed that “the vigilant nation of Egypt will hinder any kind of acts to sow discord in the country,” and condemned “extremist and violent operations which stand against the teachings of Islam, its Holy Book and the Sunnah.”

During his weekly press briefing the Iranian foreign ministry spokesperson, Abbas Araqchi, called the attack a plot by “foreign elements” to sow discord within the Islamic community. Araqchi accused these same elements of having previously tried to sow discord between Christians and Muslims in Egypt.

The National Council for Human Rights also condemned the attack on Monday, saying such behaviour is “incompatible with the basic components of Egyptian society expressed in the constitution such as strength and cohesion.”

The American Embassy in Cairo also denounced the attack. In a written statement, Ambassador Anne Patterson conveyed condolences to the families of the deceased, and said America “joins the Presidency and the Prime Minister’s office in condemning this act of sectarian violence and urging calm.” The embassy also urged the government to follow through with its promise to apprehend the perpetrators and to hold them accountable under the law with “a thorough and transparent investigation.”

The Presidency did condemn the incident; however it made no mention of the incident being sectarian. Amnesty International released a statement on Monday evening demanding that Morsi urgently tackle the unprecedented level of sectarian violence against Shi’a Muslims. Amnesty said the president and his Prime Minister “failed to condemn incitement to violence against Shi’a Muslims.”

“The Egyptian authorities must immediately order an independent and impartial investigation into the killing of the four men, and send a clear message that carrying out attacks and inciting violence against Shi’a Muslims will not be tolerated,” said Hassiba Hadj Sahraoui, Deputy Director of the Middle East and North Africa Programme at Amnesty. “Investigations must look at why security forces yet again failed to stop the bloodshed, as well as whether advocacy of hatred and incitement to violence played a role.”

The statement also said that local residents had reported Salafi and other Islamist groups inciting hatred and violence against the Shi’a community over the past few weeks, including during Friday sermons, where they distributed pamphlets calling for their expulsion from the area.

Amnesty further reported that Morsi has “failed to disassociate himself and his government from the hatred and incitement against Shi’as” during a conference held on 16 June in support of the Syrian uprising. Several prominent Salafi Sheikhs “used sectarian and inflammatory language to condemn attacks against Sunnis in Syria’s armed conflict.”

One such example lies in the speech delivered by Sheikh Mohammed Hassan, who during the conference called on Morsi not to allow Shi’as into Egypt so that they could not corrupt the country.

“President Morsi failed to signal that attacks against Shi’a Muslims will not be tolerated,” said Hadj Sahraoui, referring to the conference. “The mere condemnation of the attack by President Morsi will not be enough to stop the growing intolerance towards Shi’as in Egypt. Unless the perpetrators of these attacks in Giza are punished, the impunity will embolden others.”