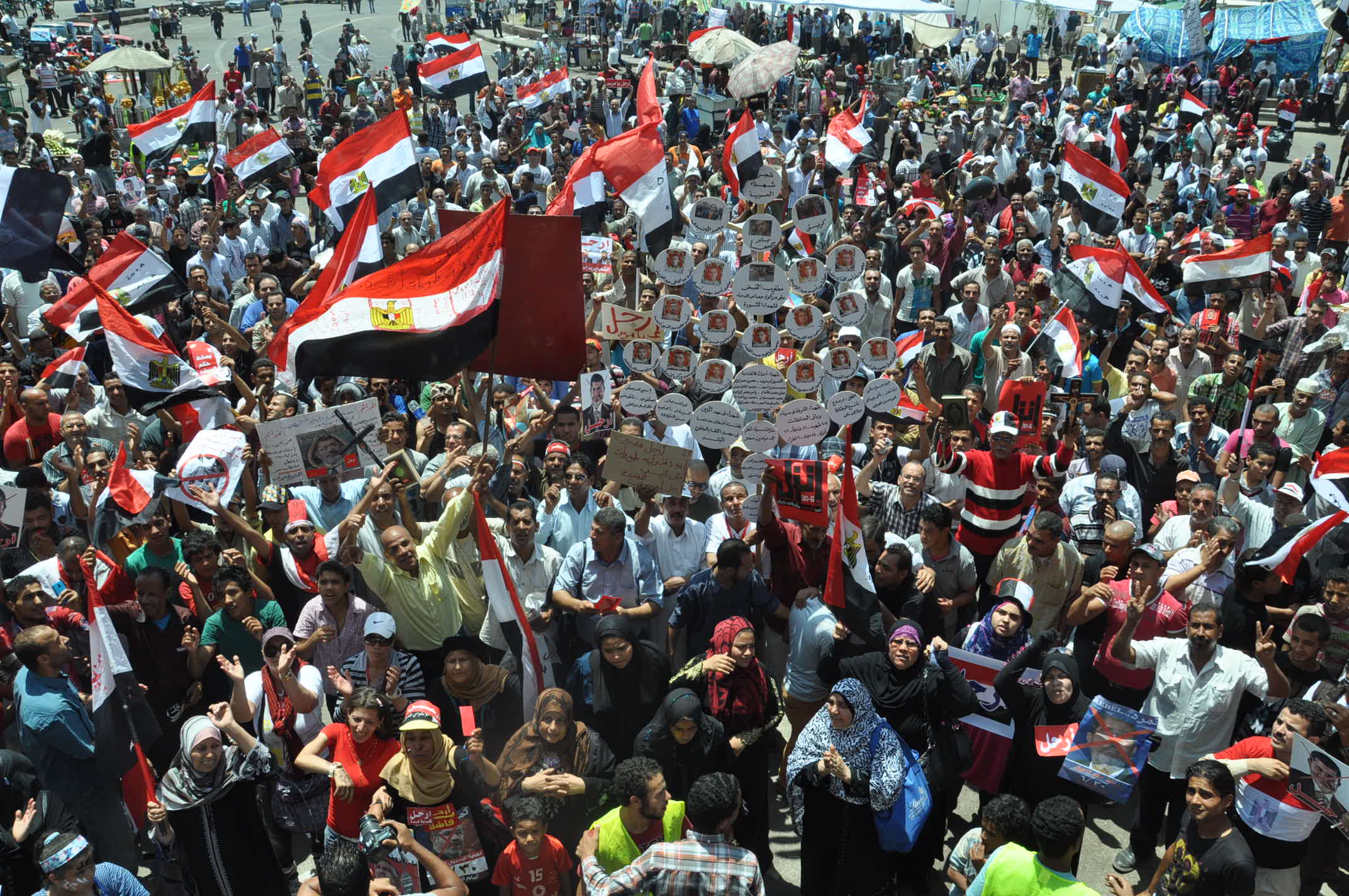 On Friday thousands of protesters vowed to remain in Tahrir Square in their call for the ouster of President Mohammed Morsi, and many started erecting tents in preparation for mass demonstrations on 30 June.

Marches from various locations in Cairo, including Talaat Harb Street, Mostafa Mahmoud and Sayeda Zeinab, brought in thousands of protesters into the square in the afternoon.

“We are staying for the long run, we are not leaving before [Morsi] does,” yelled one protester in the square.

A main stage has been set up in the square to lead the protesters’ chants, most of which echo the calls heard in demonstrations of the past two years, demanding the fall of the regime. The atmosphere of the square expressed the dedication of those present, many of whom said that this protest and sit-in are being held to gather momentum for 30 June.

Protesters have organised security checkpoints across all entrances to Tahrir, and created “an internal security unit” to guarantee the safety of those in the square, according to Hesham Abou El-Sedik, one of the main security coordinators.

“We plan on ensuring the security of all protesters and journalists in the square like we did during the January 25 uprising,” said Abou El-Sedik. “So far, everything is calm and we have not found anyone coming in with weapons or causing problems in the protest.”

While the protest has centred on the removal of President Morsi from office, many protesters expressed sentiments in support of the armed forces, carrying military propaganda posters and signs that read, “the people and the army are one hand.”

One speaker on the stage won the applause of the crowd after referring to former military leader and president Gamal Abdel Nasser’s anti-Muslim Brotherhood stance, claiming that Egypt was in need of “another Abdel Nasser.”

The atmosphere of the protests has been very critical of the policies of the United States toward the Egyptian government. Some held posters of US Ambassador Anne Patterson’s face crossed out, while a larger banner that reads, “Obama Supports Terrorism,” in reference to the U.S. government’s support of the Morsi regime, has been hoisted in front of the Mogamma (Tahrir Compound) building.

The spread of demonstrations has been encouraged by the Tamarod movement, which has garnered the support of millions of Egyptians and opposition groups in its call for protests against President Morsi.