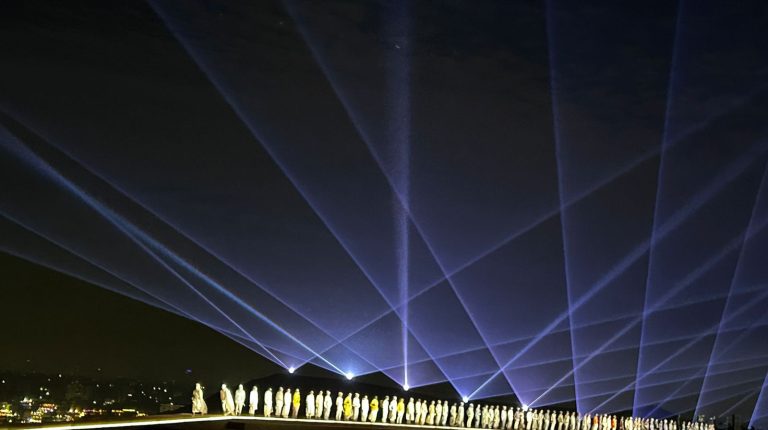 The Pyramids of Giza witnessed on 3 December a fashion show for the men’s autumn and winter collections of the international French fashion house, Dior.

The ceremony was attended by Mostafa Waziri — Secretary-General of the Supreme Council of Antiquities — who was keen to congratulate President and CEO of the Dior Fashion House Pietro Beccari and his deputy for holding this wonderful ceremony and for choosing Egypt and the Giza Pyramids to hold the event. He also presented them with a souvenir in the name of the Supreme Council of Antiquities in appreciation of their business.

For his part, Beccari expressed his happiness at holding this wonderful show in Egypt, inviting all his friends and all those who deal with Dior to visit Egypt and spend more time in it to enjoy all its archaeological and tourist areas.

Additionally, a number of officials Dior and international influencers and bloggers visited the Saqqara antiquities area on Saturday on the side-lines of the event.

The guests expressed their admiration and amazement at what they saw of the greatness of ancient Egyptian history and civilisation, emphasising their happiness for visiting.