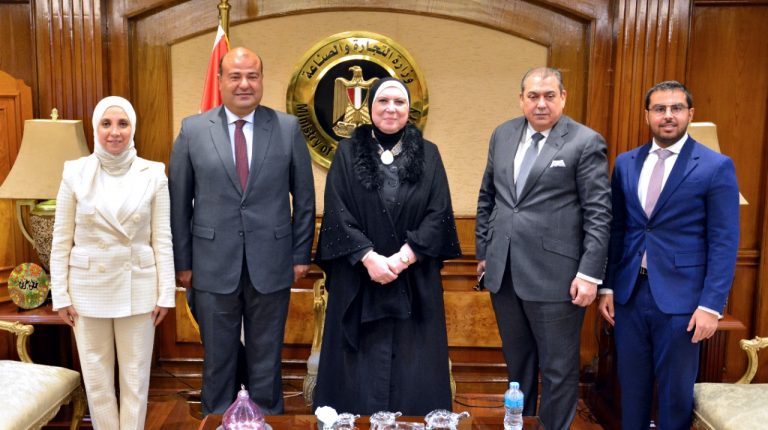 Egypt’s Minister of Trade and Industry Nevine Gamea met with the Arab American Chamber of Commerce (AACC) delegation headed by Nael Kabariti, the Chairperson of the Arab side of the Chamber, this week.

The meeting dealt with ways to enhance cooperation between the Egyptian government and the chamber in promoting Egyptian exports in the American markets as well as attracting more American investments to the Egyptian market.

The minister expressed the ministry’s keenness to strengthen joint cooperation frameworks with regional and international business organisations and to benefit from their great potential in developing trade relations between Egypt and various countries of the world.

Furthermore, Gamea stressed the important role the Arab American Chamber of Commerce plays in supporting the intra-trade movement between Egypt and the US and the exchange of trade missions and investment between the two countries.

She pointed out that it is important to benefit from the chamber’s great potential, which is one of the entities officially recognised by the League of Arab states and Union of Arab Chambers, which contributes to the chamber’s ability to provide great services to the Egyptian, Arab, and American business communities and activate its role in promoting joint economic cooperation.

For his part, Kabariti said that the chamber plays a pivotal role in promoting the movement of inter-trade and joint investments between the US and all Arab countries by providing information and networking between Arab and American business circles and providing services to Arab companies dealing with the American market. It also ratifies economic transactions and legalises documents between the two sides.

Additionally, Kabariti affirmed that the chamber is working to encourage US investments in the Arab region and encourage entrepreneurship projects in the Middle East.