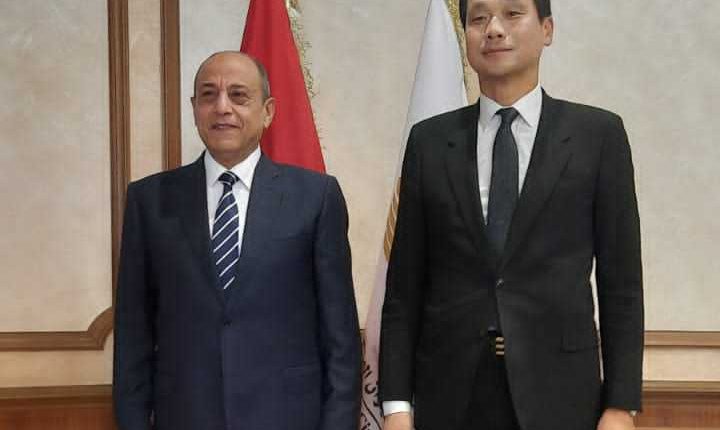 South Korea’s Ambassador in Cairo Hong Jin-Wook met with Egypt’s Minister of Civil Aviation Mohamed Abbas Helmy on Tuesday to congratulate him on his assumption of the ministerial portfolio and to exchange views on fostering people to people exchange.

Hong said that Egypt’s travel advisory level for Korean citizens was lowered last August for the first time in eight years, and therefore it is expected that the number of Korean tourists to Egypt will increase in the coming period, adding that he is looking forward to continuing discussions with the Egyptian side on people to people exchange between the two countries, including strengthening security measures to ensure the safety of tourists.

He also pointed out that airline management has been revived despite the non-resumption direct flights between the two countries, noting that Korea Air and Asiana Airlines plan to operate charter flights in January and February of next year and said that the Korean Embassy will provide full support to facilitate talks to resume direct flights between the two countries.

For his part, Helmy expressed his hope for an increase in the number of Korean tourists coming to Egypt in the next stage as a result of lowering the travel advisory and operating charter flights, indicating that these measures will be a cornerstone for activating people to people exchange between the two countries.

Finally, the two sides agreed on the need to find innovative ways to activate people to people exchange between the two countries and agreed to maintain close communication to accomplish it.