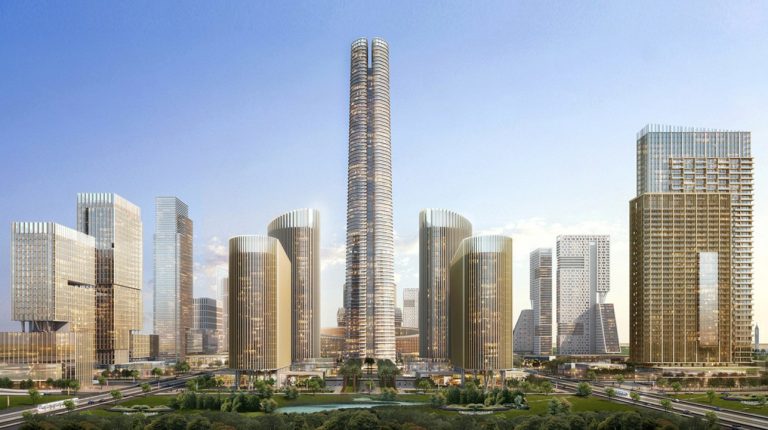 Some real estate developers came up with an unusual idea to market their projects, especially in the New Administrative Capital, as they would offer guaranteed rental income to unit owners for a specified period after completing the project, even if the property is vacant. It seems to be a great service for unit owners who seek long-term lease, with guaranteed rental income and a range of property care services without the hassle of searching for a tenant or managing their units.

At first glance, the idea seems attractive from an investment perspective for possible unit owners, especially in new uninhabited cities, but would the guaranteed rental income actually benefit the unit owners, or is it a ploy from real estate developers?

Daily News Egypt surveyed some stakeholders and commercial directors in some real estate development companies to better understand the situation.

Moataz Shalaby, Chief Commercial Officer at Ajna Developments, said that the idea of offering guaranteed rental income exists in many companies around the world, but only in a part of the project, while in Egypt, it covers all the units of the project, as suggested, accompanied with a significant increase in the price of units.

Shalaby added that this increase would be compensated in one way or another in the form of the guaranteed rental income, but after the completion of the project and the start of operation.

He pointed out that this is impractical and not in the interest of clients, because the real value of the return over time may decrease significantly in light of change in local currency rate.

He explained that with the increase in supply in some new cities, it is difficult to rent all units in the first year of operation. In addition, some companies deceive their customers through contracting with international advertising agencies, and all of this is unfounded.

Kareem Mamoun, Commercial Director at Glamour Developments, said that the relationship between developer and customer should be based on a clear and binding contract. The developer promises, but does not have to, explaining that after four years, for example, it is not possible to predict how much the unit price will be. Therefore, it is unrealistic to set guaranteed rental income.

Mamoun noted that some companies resort to increasing unit prices in order to afford the guaranteed rental income, which may harm customers, in the case of reselling it because then he would sell it at a lower price (its real price).

He believed that the mandatory leasing is a smart advertising ploy through which real estate developer is able to attract customers, as well as secure liquidity to develop other projects, while paying a certain percentage for a specified period to customer in a form of a rental, while deluding customers that this return is a result of renting their units.

It is a big risk and the rights of customers are not guaranteed. This idea can be applicable in case of commitment to lease without the developer being obliged to set fixed return, according to Mamoun.

Some confuse this idea with the normal unit management companies that lease and collect the rental on behalf of owners in return for administrative expenses, he concluded.

Similarly, Ahmed Samir Al-Desouky, CCO at ADC Developments , stated that the guaranteed rental income is a new method of selling units through increasing unit price. He added that developers and brokers are the only beneficiaries of this idea. Unit owners would not benefit from this guaranteed rental income in the long term based on the unit’s return on investment (ROI).

Al-Desouky disclosed that this type of selling contracts is very successful among category C clients, which prompted many companies to follow this method of payment. Furthermore, some clients see that the mandatory leasing is a good opportunity for them to buy a unit and receive a return without the hassle of getting involved in a long process of renting.

He further noted, “However, it is considered a great risk for some companies that offer prices per square meter at low values, and will not be able to withstand expected construction costs; Especially that most of them are commercial and administrative projects in the form of towers.”

He pointed out that the cost of constructions, electromechanical works, finishes and smart systems are very high in projects compared to selling prices per meter in some projects, justifying this by lack of sufficient experience with some companies that offer low prices per meter in order to attract customers.

He added that companies’ resort to mandatory contracts guarantees customers their money and helps to maximise their benefit, in addition to that, it is a message of reassurance to customers that the project will be operated and leased, in addition to, continuous increase in unit prices.

Mohamed Ellethy, property consultant at GPS Misr Investment, said that some real estate companies offer return on down payment with a minimum of 35-50% of total unit price, besides spiking units price more than its market value without discounts but this discount is in the form of annual return provided by the developer to client.

Ellethy explained that return of mandatory leasing may reach 25-30% annually, added that mandatory leasing contracts are currently being used by some large and small companies, some of them have no business record, which is risky to use.

Mandatory leasing is just a marketing ploy from companies in New Capital due to a large number of projects, which are approximately 400 projects especially in the downtown area, he noted.

He disclosed that this contract sometimes is unfair to customers because he does not interfere in the rental process, and if a developer makes more profits from renting a unit, the unit owner obtains the agreed percentage only and the rest is taken by the developer.

However, there is a demand for this method of contracting and some projects are sold out on this system, besides, there are some clients who are looking for such a system to pay their installments from leasing revenues, Ellethy added.

Ellethy elaborated that the mandatory leasing is very common among commercial, administrative and mixed-use projects but now it also applies on residential units.

He believed that the number of clients that are wishing to contract on mandatory leasing are not less than 40% of the total possible customers.

From a legal point of view, it is not possible to add a clause for guaranteed rental income in a contract before completing the unit, meaning that the contract is essentially void, he concluded.