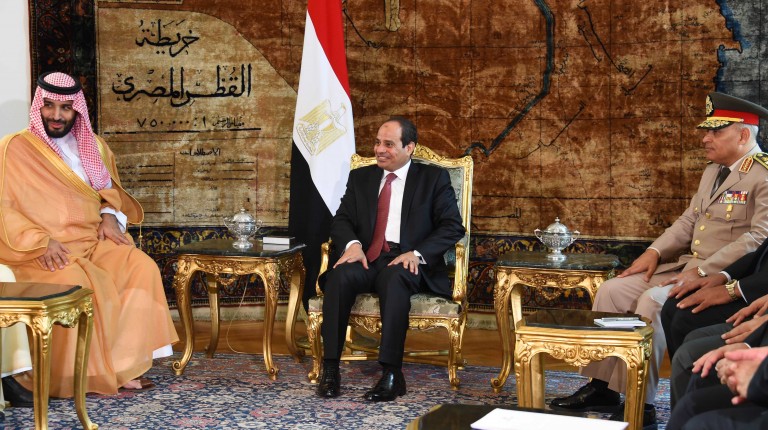 The total amount of Saudi investment in Egypt was recorded at $6.117bn at the end of February 2016 and came from 3,744 companies, according to Saudi-Egyptian Business Council Deputy Chairperson Abdullah bin Mahfouz.

Bin Mahfouz told Al-Borsa newspaper that a large number of Saudi investors have already completed the legal procedures necessary for the registration of new companies at the General Authority for Investment (GAFI).

Bin Mahfouz added that these companies and their capital will be officially announced during Saudi Arabian King Salman bin Abdulaziz Al-Saud’s visit to Egypt.

Investment amounts will be in the billions, and will be invested in the different sectors of industry, agriculture, tourism, and real estate, according to Bin Mahfouz.

The trade balance between the two countries rose, with an increase rate of 4.5% compared to 2014, in favor of Saudi Arabia.

The most valuable products Saudi Arabia imported from Egypt include: iron, oranges, bars and rods of iron or steel, and copper electrical wires. Egyptian imports from Saudi Arabia include: chemicals and fertilisers, engineering goods, electronics, medical equipment, and textile and building materials.

In a press statement on Monday, the Saudi Ministry of Commerce said the Saudi-Egyptian Coordination Council will begin preparatory meetings for its fifth round of discussion, which will be held in Cairo from 6-7 April, in conjunction with the Saudi King Salman’s visit to Egypt.

The statement said the committee will discuss a number of important topics, including enhancing trade between the two countries and working on developing facilities that contribute to increasing trade and investment rates. The meeting will also discuss the challenges facing Saudi investments in Egypt.

The committee will also study a number of different topics in the sectors of health, culture, education, and technical issues, and will put forth a schedule to follow-up on recommendations.

Saudi private sector investments in Egypt currently stand at $27bn, divided into $12bn in investments across GAFI and $8bn in individual Saudi investors in Egypt through the ownership of land, housing units, and agricultural land.

In addition, Saudi investors also have invested $7bn in Egypt by way of Bahraini and Kuwaiti companies, according to Bin Mahfouz.

In March 2016, the Egyptian government signed a memorandum of understanding (MOU) with Saudi Arabia, stating that the latter is committed to investing SR 30bn ($8bn) in Egypt over the next three years.

The investment fund must be directed mainly to infrastructure in the Egyptian market, based on directives issued by the Saudi King Salman, and contribute to the provision of Egypt’s oil needs over the next 5 years.