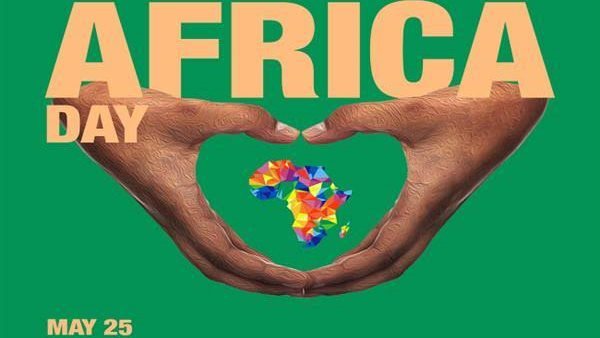 On the occasion of Africa Day, President Abdel Fattah Al-Sisi congratulated all African peoples, noting that this day represents a great historical anniversary that established a new era in promoting unity and joint cooperation between the countries of our continent.

Al-Sisi stressed that Egypt will continue to strive alongside its African brothers to achieve sustainable development and strengthen joint efforts in finding solutions to the problems and conflicts that have plagued the continent for decades that prevented the realization of the dreams of its people.

The president continued: “Here we are today, taking our firm steps… towards creating a stable continent that guarantees a decent life for its peoples, and broadcasts a culture of civilization, tolerance and love for the whole world.

The African continent celebrates Africa Day on 25 May, which marks the anniversary of the signing of the OAU (Organization of African Unity) agreements which evolved into the present day African Union (AU).

On that day, May 25 1963, leaders of 30 of the 32 independent African states signed the founding charter of the organization in Addis Ababa. “The role of Egypt was essential in establishing the organization, and that is why Egypt hosted the second conference of the organization in Cairo in July 1964, and late president Gamal Abdel Nasser assumed its presidency in its second session, succeeding its first president, Emperor Haile Selassie from July 1964 to October 1965, who then handed it over to its third president, Kwame Nkrumah.

Since then, the commemoration of the historic day by Africans and Africans in the Diaspora has served as an opportunity for each country to organize events in order to promote the rapprochement between African peoples. It has now become a deeply rooted tradition in all African countries, and it represents the symbol of the struggle of the entire African continent for liberation, development and economic progress.

This year’s celebration is centered on nutrition, with the AU Theme for the year 2022 “Strengthening Resilience in Nutrition and Food Security on the African Continent”.

Alongside the commemoration of the day is the extraordinary summit of the African Union currently taking place in Malabo.

On this occasion, the AU, which celebrates its 20th anniversary this year, is holding an extraordinary summit in Malabo, Equatorial Guinea, between Wednesday and Saturday.

Two summits are scheduled for Friday and Saturday chaired by Senegal president Macky Sall, the current chairperson of the AU, where climate, food and security crises will be at the center of discussions.

Saturday will be devoted to the fight against terrorism, whether in the Sahel, Mozambique or Somalia, but also to the political instability experienced by many countries over the past two years with the resurgence of coups in West Africa.

For now, Africans celebrate the socio-economic achievements of the continent while the AU Theme for the year, Strengthening Resilience in Nutrition and Food Security on the African Continent continues to be in focus.