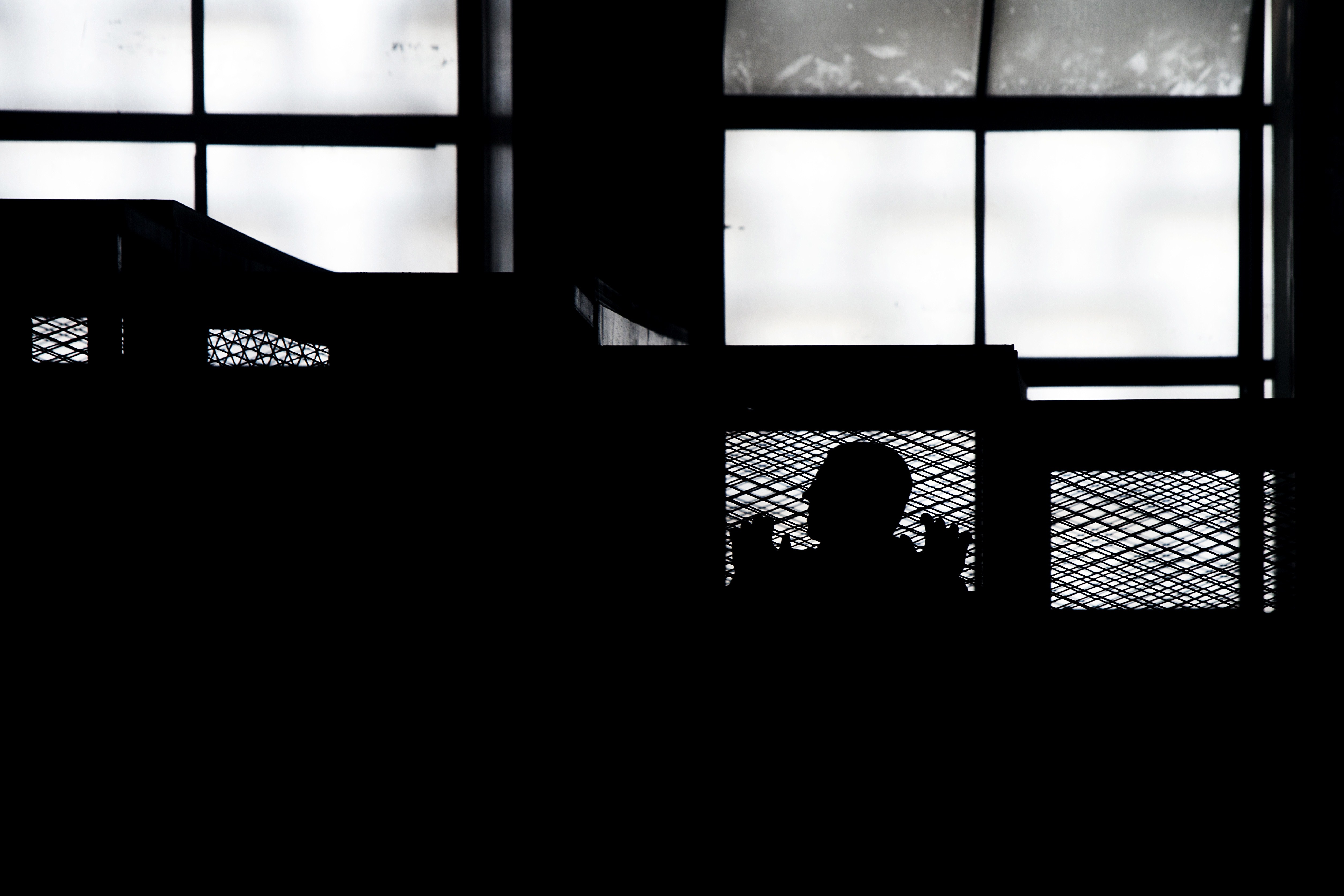 Eleven more detainees joined the full hunger strike at Giza Central Prison on Saturday, in response to the 5-year prison sentence issued against them on charges of demonstrating against the maritime demarcation deal.

With these latest additions, the total number of detainees on strike has risen to 21.

The hunger strike began late on Wednesday with 10 detainees, out of the 47 who received the 5-year prison sentence and the fine of EGP 100,000. With 11 more joining on Saturday, the number is expected to increase.

Lawyer Haleim Heneish told Daily News Egypt that the detainees are on strike because the maximum sanctions have been applied to them without sufficient evidence, and also in opposition to the verdict they received on 14 May.

“The prison administration prevented the families from visiting the detainees on Saturday, we don’t know if they are provided with sufficient medical care or not,” Heneish added.

Heneish added that five detainees were transferred to the hospital and were relocated to the prison. No information about their health status was provided.

Ahmed Osman, a lawyer in the Association for Free Thought and Expression (AFTE), told Daily News Egypt that there is one visit allowed per family each week, which is allocated to Saturday. However, it was postponed last week to Tuesday, 17 May, because the detainees were scheduled for a trial on Saturday, 14 May.

“The families managed to visit the detainees on Tuesday after the verdict was released, but the prison administration suspended the visits and prevented it following the hunger strike,” said Osman.

Heba Mohammed, wife of one of the strikers Nagy Kamel, told Daily News Egypt that Kamel joined the strike on Wednesday. She said the health of detainees is severely deteriorating due to the hunger strike, and the prison administration is refusing to give the detainees medicine provided by their families.

Mohammed said five detainees were transferred to the hospital on Saturday, and they were moved back to the prison shortly after. The hospital reportedly refused to show the families any medical reports for the detainees.

“On Saturday morning, we were told that the visitors who had food for their detainees are the only ones allowed to visit. The administration said this because they knew of the hunger strike and they knew that the families had no food for the detainees,” continued Mohammed.

She also added that later on, they said that there will be no visits at all, without giving any reasons. “When the detainees inside knew of our presence, they started to chant but we were not really sure what they were saying, but then central security vehicles surrounded the prison and assaulted the detainees. We know that they were assaulted,” Mohammed said.

However, Major General Abu Bakr Abdel Karim told Daily News Egypt that there is no hunger strike in the Giza Central Prison, following the verdict that was issued against them. He said the detainees “claimed” that they are on a hunger strike.

“A report was filed to the prosecution when the hunger strike was announced, and the doctor said that the prisoners who are claiming to be on hunger strike are having their meals as normal,” Abdel Karim added.

He also said that the families visited the prisoners on Saturday as it is the time of the weekly visit, and none one of them had been prevented from visiting their relatives, contradicting what was said by the families and lawyers of the detainees.

“As for the claims that the prisoners were beaten, there is no such thing, everything now is recorded and revealed to everyone, no one is beaten or tortured inside prisons,” Abdel Karim continued. “More importantly, if there was anyone beaten or assaulted inside the prison on Saturday, how would the families know?”

Several NGOs released a joint statement in which they hold authorities responsible for the health of the strikers, also calling for the Doctors Syndicate and the National Council for Human Rights to check on their health status and their imprisonment circumstances.

“All the legal procedures should be followed in this strike, first the strike should be documented in an official record since it was announced, also the medical and health status of the strikers should be recorded,” the statement read.

It also added that the continuous arrest of young people according to the Protest Law and handing heavy sanctions down to them only proves that the law is being misused to silence opposition parties, and criminalising core rights in the constitution, like freedom of expression and the right to peacefully gather and express opinions.

The verdict issued against the 47 defendants followed an earlier verdict that was issued by Qasr Al-Nil Misdemeanor Court, which sentenced 51 similar defendants to two years in prison.

The 51 defendants who received a two years sentence are comprised of three of the four groups of defendants, who have been tried separately according to the time and place of their arrest. One more group of 52 defendants is still pending investigations.

The detainees were arrested on 25 April in the anti-government protest that contested the transfer of sovereignty of Tiran and Sanafir islands to Saudi Arabia. On 14 May, 47 received a 5-year prison sentence and were also fined EGP 100,000, a verdict that was

A hand spans worth of space

In Video: Al-Aqrab hunger strike ; the negligence and the suffering