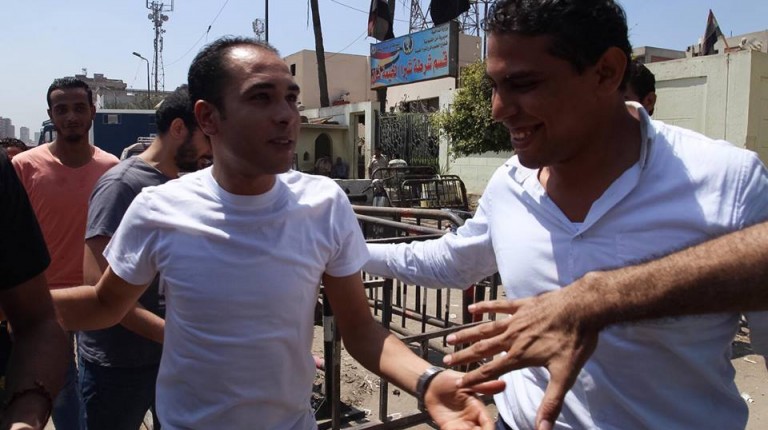 Rights lawyer Malek Adly asserted on Sunday that the Red Sea islands of Tiran and Sanafir are Egyptian lands. “I spent 115 days in remand but I did not forget my case—the islands belong to Egypt,” Adly told Daily News Egypt.

Adly was finally released on Sunday, as announced by his wife Asmaa Aly on Facebook. On Saturday, the court upheld his release after an initial verdict was issued Thursday.

Adly’s release comes after nearly four months of detention in difficult conditions as he remained in solitary confinement for a long period in violation of prison regulations.

“I was ill-treated in prison,” Adly stated.

Adly, a lawyer at the Egyptian Centre for Economic and Social Rights (ECESR), was arrested in May against the backdrop of public controversy and protests that surrounded the maritime border demarcation deal signed between Egypt and Saudi Arabia in April, also known as the Red Sea islands case.

Adly was working with lawyer Khaled Ali who obtained a verdict from the State Council in June, nullifying the deal. “We will go on and won’t stop until all the detainees of the land are free like me,” he said, adding that people should differentiate between citizens who love and defend their land and real traitors.