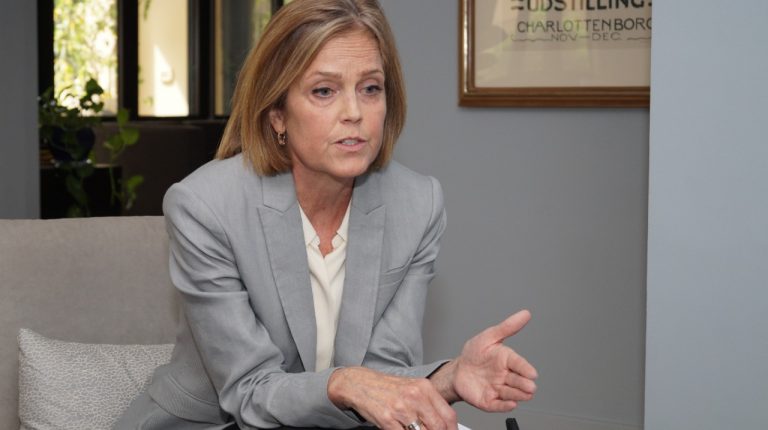 Norway has been voted the best country in the world for quality of life, according to the United Nations’ latest Human Development Index (HDI) ranking. Neither the UK nor the US ranked in the top 10 list, while Norway maintained its top spot for several years.

Egypt and Norway enjoy remarkable bilateral relations in different sectors. To better understand the nature of Egypt-Norway relations, Daily News Egypt met Hilde Klemetsdal, the Ambassador of Norway to Egypt, at her residence in Zamalek.

Hilde talked about the two countries’ relations in politics, culture, and health, and her personal experience in Egypt. The conversation was cheerful, energetic, and friendly.

How do you see the bilateral diplomatic relations between Egypt and Norway?

We have an excellent bilateral relationship, I would say, and it’s deepening and broadening I think all the time. I have had a very close connection with the Egyptian ambassador to Norway, Amr Ramadan, as well. We are in close contact. So, we have a common goal here in strengthening bilateral relations even more.

President Al-Sisi met with our Prime Minister in February. They had an excellent meeting there, and recently our Foreign Minister was here.

What is Norway’s evaluation of the Egyptian efforts to enhance the peace process in the region?

Egypt plays an active role in many countries in the region, and we value the role and assessment of Egypt, especially now that we are a member of the UN Security Council.

Our two Foreign Ministers discussed the Israel-Palestine issue. We’re both very active on that file, and  Egypt plays a very unique role, the cease-fire last year in May, which Egypt got in place quite fast, and then the reconstruction of Gaza is clear evidence of that role.

I can say that Norway is very concerned about the rising tensions this month in Jerusalem and the holy sites there and hopefully this will not continue.

Can you tell us about the development aid that Norway provides to African countries?

Could you elaborate on the cultural cooperation between Egypt and Norway?

The cultural side is also an area where I think we need to do more. This year, for the first time, we had a Norwegian author being invited as a guest to the Cairo International Book Fair, which was very exciting. Marta Breen, presented one of her books, which was recently translated to Arabic: “Women in Battle”.

This book is about women’s rights, also an area where we share a lot of close dialogue with Egypt in general. There is also some smaller cooperation with musicians going to Norway and both the cooperation between different musicians.

Norway and Egypt are cooperating in the field of green hydrogen, can you tell us more about this cooperation?

An agreement was signed during the Norwegian Foreign Minister’s visit in Cairo, as part of the development of  a 100 MW green hydrogen production facility. It’s the first step towards developing a green hydrogen hub in Egypt. It is planned to be in production by COP 27, and we hope to be able to showcase it. It will be a flagship and a pioneer project and one of the first ones globally. So, I think it’s quite exciting.

What are the entities included in this agreement?

This agreement, as part of the hydrogen project, was signed by Scatec, a Norwegian renewable energy company, which is also the largest international investor in the Benban solar panel park in Aswan. It was also signed by the Egypt Sovereign Welfare Fund and Fertiglobe.

The Norwegian Pension Fund is a major shareholder in Scatec, so it is partially owned by the government.

Another agreement that was signed in the presence of the Foreign Minister and Prime Minister Madbouly as well as the Minister for planning and the Minister for electricity, was a trilateral agreement between Scatec, the Egypt Sovereign Welfare Fund, and Norfund, the Norwegian Investment Fund for developing countries. They plan to build and invest in green, bankable projects in African countries.

What about Norway’s support to Egypt in the health sector?

We have donated a lot of vaccines and support to the COVAX system globally. We supported the UN and Norway is also one of the largest donors to the World Health Organisation globally. This of course benefits Egypt indirectly. We also work with the UNFPA, the UN Population Fund, which works to end FGM. It is a long-term project that we have supported in Egypt for several years.

Do you plan to launch joint projects with the Egyptian government in the health sector?

We have no plans to work on health. One of the focus areas that we have is the women’s rights and fighting violence against women and girls. We also have a long-term project with the ILO,  which cooperates with the government on job creation. It’s mainly focused on women and youth.

Do you expect an increase in the number of Norwegian tourists after the inauguration of the Grand Egyptian Museum (GEM)?

I should think so. It’s very interesting.

How many Norwegians did visit Egypt recently?

We don’t have the exact numbers right now, but we are trying to find out. There were a lot of tourists in Hurghada and Sharm El Sheikh some years ago. Norwegians like to go to warm places in the winter. If there’s a direct flight, I think a lot of people would be interested. There are beautiful places here. So, I’ll do my best to try to sell it.

What about the trade exchange between the two countries?

Egypt is working hard to improve the living conditions of citizens clearly, through launching several projects and initiatives such as the presidential initiative of Decent Life. How could Norway contribute to such initiatives?

We support some UN organizations, like the UNFPA and the ILO. It is important for us that our UN partners coordinate with the government, and I believe they are quite close to this initiative. I think this initiative is very impressive in reaching out to people on the ground in the poorest villages. I know that President Al-Sisi has a very strong political will to make this a reality. Of course, now it’s becoming much harder with the war in Russia and the consequences and the rising prices and inflation. So, it’s challenging.

What is your evaluation of the human rights situation in Egypt and the political atmosphere in general?

We think that Egypt has done a lot of positive things when it comes to social and economic rights, and women’s rights as well, which is a big priority for us.

When it comes to political and civil rights, we are concerned about the civic space. We welcome that this is also mentioned in the strategy. Egypt needs some alternatives to the long pre-trial detention.

Moreover, we are concerned about the detention of some bloggers and journalists. Freedom of the press and expression is such an important part of a viable democracy.

What is Norway’s evaluation of the Ethiopian Dam crisis, do you think negotiations will end disputes?

Our Foreign Minister said that she fully understands the concerns of Egypt regarding the GERD. We see that there hasn’t been any real progress through negotiations, with the third filling of the dam approaching without reaching an agreement. We certainly understand that 105 million people in Egypt depend on the Nile River. It seems to be difficult for the AU to have any progress on the negotiations and a lack of political will, although Egypt is ready to negotiate. We think that all three countries have legitimate claims to the water of the Nile and it should be possible to reach an agreement.

What is your take on the Russian-Ukrainian conflict?

We condemn Russia’s unprovoked war  in the strongest terms. The news of the presence of civilian bodies in  the streets are absolutely horrendous. The war has to end. It has enormous consequences for  the whole world. Hopefully, Putin will realize that he cannot win  this war. Ukraine is an independent country that has the right  to defend itself and its sovereignty.

Topics: Hilde Klemetsdal Norway the Ambassador of Norway to Egypt