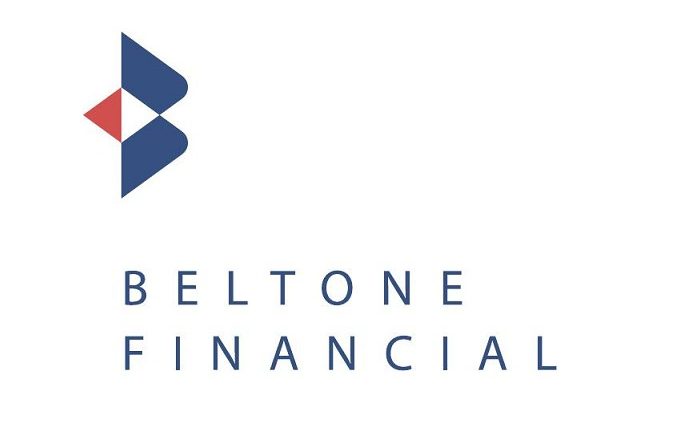 Beltone Financial, an investment bank operating in the Middle East and one of the region’s leading financial services firms, has announced that its covered banks showed an aggregate 12% year-over-year (y-o-y) recovery in the bottom line during the first half (1H) of 2021.

Financial position expansion (+8.4% y-t-d) came in line with market growth (+8% y-t-d) during the first five months (5M) of 2021, mainly on recovering deposits growth, with the suspension of high yielding certificates of deposit (CDs) offered by main state-owned banks being a key driver.

Islamic banks rallied an average 32% y-t-d compared to 11% for Beltone’s banking coverage with Crédit Agricole Egypt (CIEB) marking the roughest decline of 7.6% y-t-d. Although valuations remain attractive, even post their rally, Beltone would like to shift focus to banks with ample capital adequacy and stronger profitability profiles as they should mark the strongest recovery with expected generous cash dividend payouts in 2022e.

Beltone flagged the Commercial International Bank (COMI) as the least negatively impacted, with the decent provision formation that took place during 2020 to soften COR shocks on EPS. The bank is currently trading at a 1H21 P/B multiple of 1.5x compared to an ROAE of 20%.

Beltone flagged Al Baraka Bank Egypt (SAUD) and Housing and Development Bank (HDBK) as value plays, trading at P/B multiples of only 0.57x and 0.71x, respectively, compared to above average solid profitability metrics marking 1H21 ROAE of 23% and 26% respectively. The current price levels do not reflect either the sector’s growth projections, the recovery in economic activities, or each bank’s fundamentals.

Beltone’s covered banks’ aggregate NII came in nearly flat during 1H21, mainly on a heavy 63bps contraction in NIMs to 5.3% due to weaker interest income on loans offsetting the surge in financial position. The company expected softening COF pressure, partially due the suspension of the high yielding CDs offered by the main state-owned banks, as the deposit pricing gap among banks narrows.

Meanwhile, Beltone expected a re-pricing of the matured deposits to be in favour of each bank’s COF profile. Compared to covered banks, COMI suffered the roughest decline in NIMs by 138bps mainly on maturing high yield sovereign securities in 1Q21, smashing the bank’s volume growth while bringing its NII down 6% y-o-y. Despite the recent plunge in NII, Beltone did not expect further pressure on the bank’s NII growth mainly due to stable NIMs q-o-q along with continuing healthy growth in financial position. The company also remained positive on FAIT, SAUD, and HDBK’s NII growth backed by lower lending utilization along with sound deposits growth.

Beltone noticed a healthy recovery in commission income during 1H21 (+10% y-o-y), which it presumed to be mainly attributable to recovering lending and trade finance activities. Beltone remains positive on the expected calm recovery in international trade activities along with the continuing credit growth with more active participation from covered banks to strengthen banks’ non-interest income throughout the rest of 2021e.

Beltone expected CIEB and the Export Development Bank of Egypt (EXPA) to be key beneficiaries of the commission income recovery (contribution to core banking income at 15% and 16%, respectively — the highest among our coverage). However, the Egyptian government’s decision to extend the commissions exemption on ATMs and LC bank transfer transactions, in our view, will continue to pressure commission income for those with a high number of ATMs and POS (COMI, QNBA, CIEB, and ADIB).

Most banks under Beltone’s coverage witnessed decent financial position growth during 1H21, growing at an aggregate of 8.4% y-t-d versus 3.6% in 1H20. Deposit growth has been so far in line with the market growth, which grew 8.4% during the first 5 months of the year. Meanwhile aggregate covered banks’ deposits grew 10.1% in 1H21. EXPA reported the strongest deposit growth (+c15% y-t-d), followed by the Egyptian Gulf Bank (EGBE) (+c14% y-t-d) and COMI (+c13% y-t-d). Deposit growth was primarily driven by growth in corporate deposits, which increased 14% y-t-d, with COMI leading the growth with a 22% increase in corporate deposits. Beltone said it saw its covered banks shifting toward corporate deposits, which confirmed the weaker bargaining power of corporates in light of declining interest rates. Meanwhile, aggregate retail deposits grew 7% y-t-d with COMI leading the growth in absolute figures by EGP214mn (+c7% y-t-d). On an individual level, EXPA witnessed the strongest growth in retail deposits of c13% y-t-d, then came EGBE at c12%, QNB Alahli (QNBA) (+c9% y-t-d), and HDBK (+c9% y-t-d).

Beltone noted that the most positive aspect of loan growth was the robust corporate lending growth, accounting for almost 75% of total additions y-t-d., which showed signs of corporate recovery. COMI was the most successful in growing its corporate portfolio and has managed to increase its corporate loans by c11% y-t-d while maintaining its retail portfolio at 3% y-t-d. CIEB followed with 8.9% y-t-d growth in corporate loans. Corporate loans improved across the board, except for SAUD and EGBE, both of which saw their corporate loan book shrink 2.2% and 2.4%, respectively. Meanwhile, aggregate retail loans grew 9% (representing 24% of total loans). ADIB and EXPA posted the highest retail loans growth of 35% y-o-y and 29% y-o-y, respectively, but EXPA comes from a very low base. Beltone currently favours banks with a solid capital adequacy ratio, namely COMI, QNBA, and CIEB, to capture the expected recovery in lending activities amid economic recovery.

Keep an eye on HDBK and SAUD’s asset quality outlook

Beltone’s covered banks showed a 21% y-o-y contraction in impairment of credit losses, bringing COR a lower 53bps to 1.38%. It expected the credit provision formed during 2020 to continue softening the COR impact on profitability during 2021e, with the expected healthy recovery in economic activities along with the depressed interest burden being key drivers. Beltone remains positive on COMI’s NPL provision coverage ratio standing at 205%, the highest among our coverage, while the bank’s lower lending utilization softens the impact on its profitability levels. However, the company remains cautious on HDBK’s elevated NPL level of 11% (highest among our coverage) with a below average coverage ratio of 85%. Moreover, Beltone remains negative on SAUD’s elevated NPL level, standing at only 4.9% compared to an average of 4%.