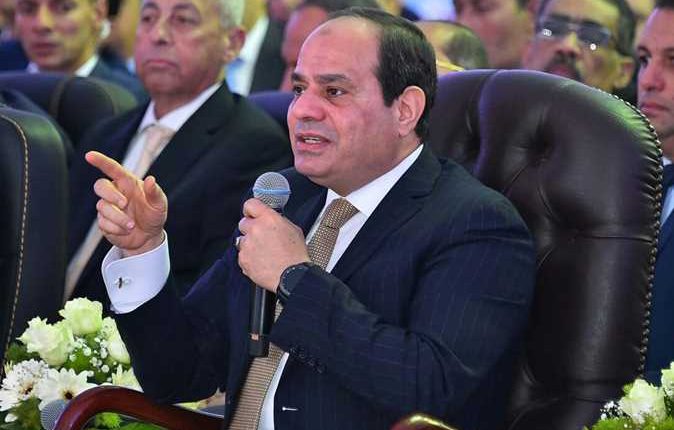 The inauguration took place in the presence of Prime Minister Mostafa Madbouly, Minister of Petroleum and Mineral Resources Tarek El Molla, and Minister of Environment Yasmine Fouad, among other officials.

President Al-Sisi said that the opening of the hydrocracking complex was delayed for over 10 years due to the events of 2011.

“The complex that was inaugurated today is ten years late because of the events of 2011, meaning we have been deprived of its benefits for this period,” Al-Sisi said.

He added that Egypt can only achieve development if there is a state of stability and security, which will also attract the needed investments.

Al-Sisi noted that 22 bridges, totalling about 400km in length, have been constructed in East Cairo over a period of six months.

“The goal of all these projects is the comfort of the [Egyptian] people,” he said, adding, “In only six months, the traffic problem in east Cairo was solved.”

He also said that the new roads and axes implemented in the east Cairo area facilitate the movement of more than three million cars per day.

Al-Sisi added that the government has taken into account the interest of citizens when removing any building, with the residents of those buildings transferred to other housing units befitting of them.

The President directed for the government to complete the new legal system covering building requirements that will facilitate decent living standards and restore Egypt’s construction activities.

During the inauguration, Al-Sisi warned of “calls for chaos” similar to those that have resulted in significant instability in other countries in the region.

He praised Egyptian citizens for not responding to the “destructive calls”, which he said were from people who do not work in Egypt’s interest.

Meanwhile, President Al-Sisi said that the state has dealt with the novel coronavirus (COVID-19) crisis with credibility and transparency.

Whilst the authorities are working to reach zero new infections, Al-Sisi also said that there is a possibility that a second wave of the virus will take place, which both the government and Egyptian citizens must be aware of.