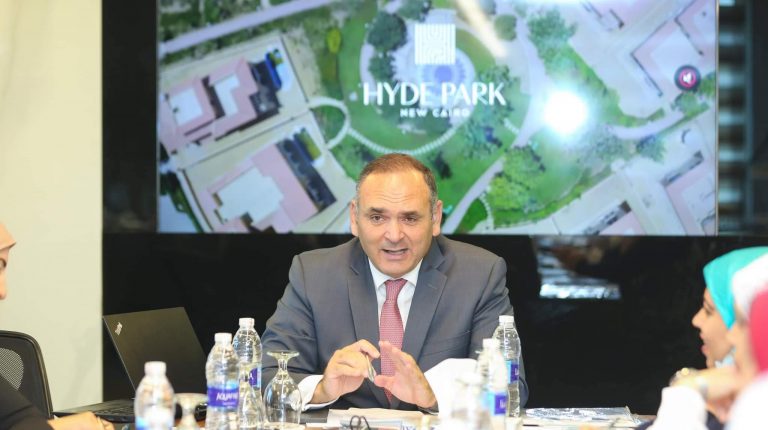 Hyde Park Developments has launched its first project, Tawny, in the 6th of October City, with the project’s first phase expected to reap EGP 2bn in sales, according to CEO Amin Serag.

The project will be developed over 31 feddan, with the built-up area not exceeding 20% of Tawny’s total area, Serag added. He noted that it is scheduled to be fully delivered by the beginning of 2024.

During a roundtable held on Tuesday, Serag explained that the project’s buildings and open spaces will be developed according to a modern style. Attention will be given to creating green spaces for all units, aimed at their owners’ enjoyment. The project will also consist of only 216 villas of various sizes, ranging between 240 sqm and 288 sqm, to meet all customer needs.

For the first time, Hyde Park Developments will launch quad-villas at the Tawny development, or properties where a larger building is divided into four separate units, he pointed out.

He also said that the company has invested approximately EGP 2.1bn in New Cairo’s Hyde Park project since the beginning of the year. The company plans to direct a total of EGP 3bn in investments over the course of the year.

Serag further said that Hyde Park is negotiating with four banks working in the Egyptian market, including the Housing and Development Bank (HDB), to obtain an EGP 1.5bn loan. The financing will be directed to the company’s expansion plans, with the loan expected to be settled within the next month.

The current indicators confirm that Egypt’s real estate market will experience a boom in the coming period, as property remains a safe investment for consumer, Serag concluded.

GCC-focused International Property Show to kick off online in October

Developers to capitalise on new incentives at Cityscape Egypt