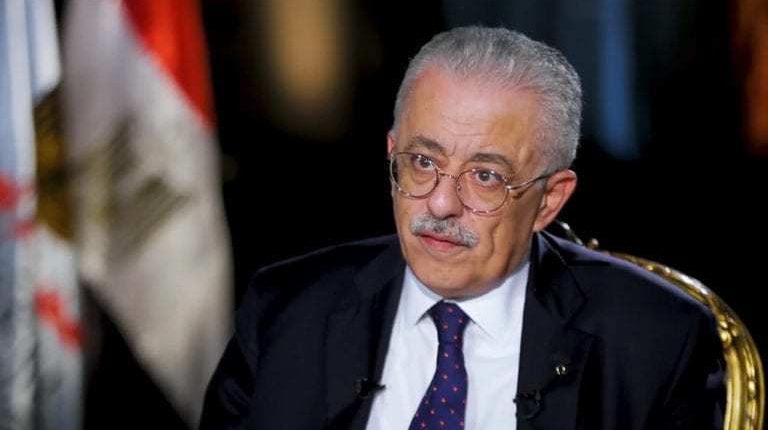 Egyptian graduates from the American High School Diploma will take the ACT college admission exam for public universities in the country instead of the SAT exam which was leaked repeatedly, Minister of Education Tarek Shawky has announced.

Students will be able to register for universities in Egypt starting from 11 September, Shawky added.

He also said that the ACT system, which was adopted six weeks ago, is a system of exams that runs parallel to the SAT exams. They will provide students with the opportunity for sitting their school leaving exams in the event that the US examination authority, College Board, is unable to provide the SAT exam in Egypt 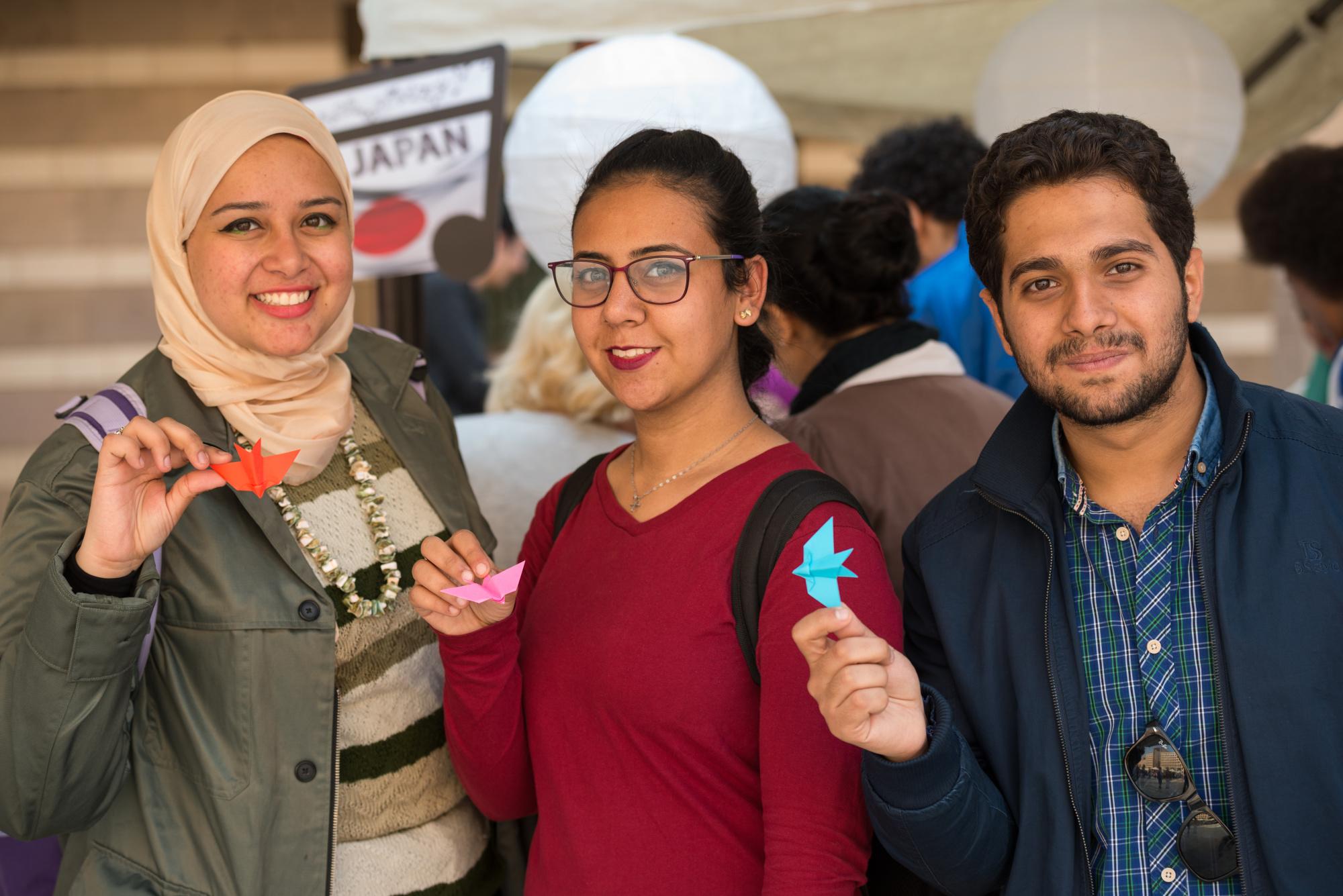 Shawky explained that the fact the ACT exam can be conducted electronically gives it a distinct advantage over the SAT examinations, and reduces the chances of papers being stolen and leaked. He also stressed that the ACT exam measures the same skills as the SAT exams.

The minister said that the Ministry of Education and Technical Education has approved the use of ACT exams  inside Egypt for American diploma students. They can be used as an evaluation prior to attending university, with students allowed to have opportunities to sit exams over the course of the year, namely in February, April, June, and July.

The opportunity for students to sit the ACT exam comes as an alternative solution to the SAT exam, which were cancelled in Egypt on 29 August until June 2021 due to several leaks. The leaks have prevented students in Grade Twelve from applying to university, and have significantly affected other students.

A mother of a Grade 11 American Diploma student told Daily News Egypt that the students who were applying for university this year have been the most impacted by the SAT exams’ cancellation.

“My son is in Grade 11, and so far he faces having to repeat the academic year,” she said, “The four times he has attempted to perform the SAT exams have failed this year, two were due to leaks and other two exams were cancelled due to the Coronavirus.”

“Although this has happened in my case, others performed the exam but did not get a high enough score for university enrolment, and cannot repeat the exam due to the current situation,” she added, “I am thankful for the ACT idea, as it has saved our children. We were very upset, especially the children who felt really disappointed after failing to perform the exam several times despite their extensive preparations.”

Amr Maksoud, a father of another American Diploma student said, “My son was lucky as he was able to perform one exam throughout this process, but other students did not perform any exam at all, as they got all their attempts cancelled due to the leaks.”

Maksoud demanded that the Ministry of Education get involved, as he wanted students to continue with the SAT system. He believes that the ministry and College Board, which administers the SAT exams, would be able to solve the problems students face this year.

At the same time, he denounced the Ministry of Education’s statement that is not the authority which must deal with these leaks. 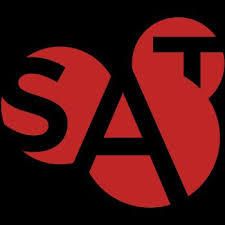 “I have been spending money for many years on a certain type of education approved by the country, and suddenly this system will be changed just because of disputes with the College Board regarding the leaks,” Maksoud said.

He added that the proposed work on a new system will be a very exhausting issue.

“The ACT system has some differences to the SAT exam, which means that we need to learn and prepare again from the beginning,” Maksoud said, “Some people have already accepted the ACT, but for me I want to solve the issue of the SAT exam, as this was the system which we agreed on and learned from day one.”

Malak Ahmed, a 15-year-old American Diploma student, “I reserved an exam in August, but it was cancelled only a few hours before the exam, which was really frustrating. Our teacher phoned us to provide us with support, and they told us we can try in October or December, although we have now found out that exams have been cancelled until next year.”

Ahmed said that, although some people have suggested that students undertake the ACT exams instead, this has still been an upsetting time for students who have spent many years preparing for the SAT.

“This was a really very upsetting choice, because we have to study again, especially there are some differences between the SAT and ACT, despite their being the same syllabuses,” Ahmed said, “We also have to prepare for electronic examinations [with the ACT], because it’s not like the SAT on paper.”

She mentioned that other differences between the two systems could affect how students perform, particularly if students are to be given the opportunity to sit ACT exams this year.

The student highlighted that ACT exams have more questions which have to be completed in a smaller timeframe than the SATs, with the ACT mathematics syllabus also more extensive than its SAT counterpart. Ahmed also said that the fact the ACT is conducted electronically, means students also should be allowed time to get to grips with the technology needed.

Ahmed noted, “I question how an international institute is unable to secure exams for us, as many of us are looking to enrol in university this year but now can’t, and we might lose a year.”

However, the ACT exam may not be the best option for students, who have so far been putting all their focus and preparations towards getting ready for the SAT exam.

“The ACT has the same subjects, but different methods and requirements, which means students have to learn from the beginning, and this is a whole new process and more effort,” the mother continued.

She explained that according to the ACT system, her son will have exams each month in different subjects, with her son being given the choice of which exams to sit and when.

She added, “We filed several reports against those who leak the exams, they are some in cairo and others are known from Alexandria.”

“The worst thing about the leaks is that we have already made several attempts to for my son to sit the exams, and every attempt has been paid for, so the last-minute cancellations are a waste of money,” the mother said. “In addition, my son also attends private lessons, which is an added financial pressure for us.”

The minister added that this new exam will simply be an Egyptian version of the SAT, and will help Egyptian students enrol at public universities.

Shawky said that controlling the SAT exam is completely outside the scope of the Ministry of Education, due to its being an internationally administered exam. The ministry’s role is, instead, concerned with licensing schools that teach the curricula only, rather than having anything to do with the examination process.

“Some people in Egypt learned that the exam model in the country is the same as the exam model in China,” the minister said. “With the time difference, some students have travelled to China to take money and sell the exam to Egypt.”

Egypt has suffered from a persistent problem relating to SAT exams being leaked over the past few months, with students across the country having to face the aggravation of exam cancellations as a result.

The most recent SAT exam cancellation now means that the students who were supposed to graduate this year, will be unable to do so. They will also not be able to enrol at universities this year, due to the repeated cancellations and not having achieved the required grades.

On 29 August, College Board, which administers the SAT tests worldwide, cancelled planned tests in Egypt until June 2021, indicating that an early copy of this year’s SAT exam had been leaked and was being offered for sale.

College Board has already twice delayed earlier windows for students to sit SAT exams, due to the ongoing coronavirus (COVID-19) pandemic.

The cancellation was highlighted by Minister of Education Tarek Shawky in a video statement published on Thursday via his official Facebook account.

Like the College Board statement, Shawky highlighted that SAT examinations were cancelled in Egypt due to the repeated leaks, as well as the ongoing global health crisis.

He continued, ”There is a mafia working on leaking SAT exams and selling them with their answers to students in very large numbers.”

The Ministry of Education added that the leaks, of which this latest incident is not the first, affect the global credibility of the US exam around the world.

Shawky also confirmed that College Board is currently conducting a large-scale investigation into the leaks crisis affecting SAT exams. With the ongoing hassle for students, his ministry has taken the decision to stop the SAT exams in Egypt until they can be transferred from the paper-based system to an electronic system, which will take 18 months.

University seniors to take exams in July, except international students