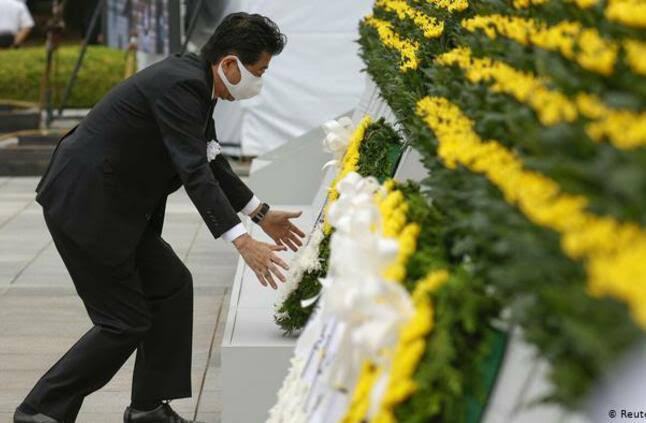 Japan marks on Thursday the 75th anniversary of the world’s first atomic bomb attack in Hiroshima, however, this year’s ceremonies were scaled back due to the novel coronavirus (COVID-19) pandemic.

The two atomic bombs killed between 129,000 and 226,000 people, most of them were civilians, and remain the only time a nuclear weapon was used in armed conflict. 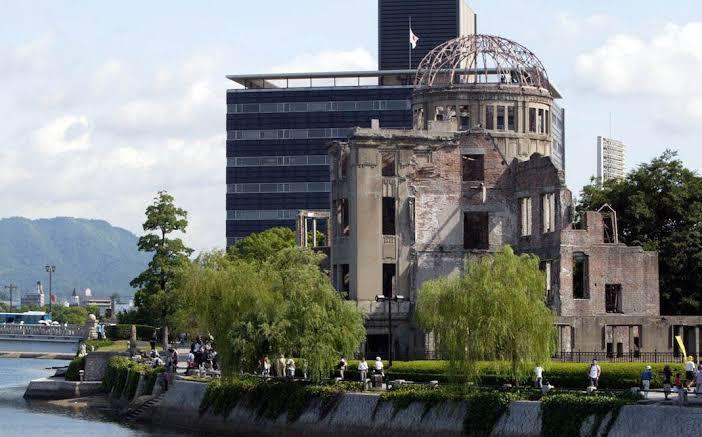 Every year, Hiroshima Peace Memorial Park receives more than one million people for the anniversary of the nuclear attack.

However, the attendance was significantly reduced this year, only survivors and their families have been able to attend the memorial ceremonies, with chairs spaced apart and most attendees wearing masks due to COVID-19.

As Hiroshima is the first city in the world to suffer a nuclear attack, the park was built in memory of the bomb’s direct and indirect victims.

On this occasion, Japan’s Prime Minister Shinzo Abe and the Mayor of Hiroshima joined bomb survivors and descendants in the city’s Peace Park.

The city said that due to the importance of this anniversary, it decided to conduct the ceremony despite the spread of the corunavirus, while keeping strict precautionary measures in place.

A moment of silence was held at 08:15 (Japan Time), the exact time the bomb was dropped on the city during the World War II.

Mayor of Hiroshima, Kazumi Matsui, said: “On 6 August 1945, a single atomic bomb destroyed our city. Rumor at the time had it that ‘Nothing will grow here for 75 years,” according to Reuters. “And yet, Hiroshima recovered, becoming a symbol of peace.” 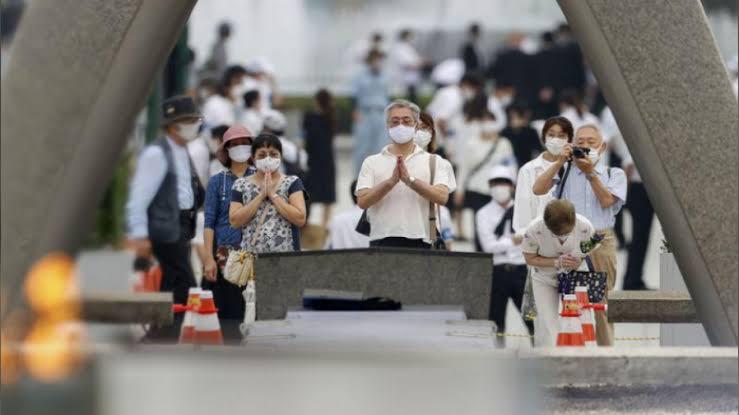 “A subsequent upsurge in nationalism led to World War II and the atomic bombings. We must never allow this painful past to repeat itself. Civil society must reject self-centered nationalism and unite against all threats,” he added.

In a video message delivered to a peace memorial ceremony on Thursday in Japan, UN Secretary-General António Guterres has paid tribute to the victims of the atomic bombing of Hiroshima, which devastated the city in 1945.

“Seventy-five years ago, a single nuclear weapon visited unspeakable death and destruction upon this city,” he said in his address.

Guterres added that Hiroshima and its people have chosen not to be characterised by calamity, but instead by “resilience, reconciliation, and hope.”

The UN chief asserted that the risk of nuclear weapons being used, intentionally, by accident or through miscalculation, is too high for such trends to continue, repeating his call for states to “return to a common vision and path leading to the total elimination of nuclear weapons.”

‘We were the first victims of the atomic bomb’