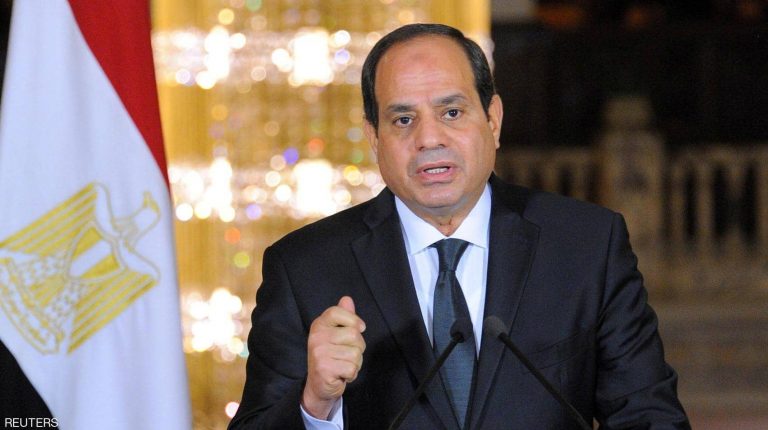 The Ministry of Foreign Affairs’s Spokesperson Ahmed Hafez condemned a statement on Monday issued by the Government of National Accord (GNA),  criticising Egypt’s recent statements on Libya.

In a tweet late Monday, Hafez questioned “Who is the Libyan presidential council that issued a statement today about Egypt? What we know is that this council consists of nine people … Where are these people now?”

This came after the GNA, led by Fayez Al-Sarraj expressed his surprise in a statement at the over statements of the Egyptian President Abdel Fattah Al-Sisi who said that Libya’s UN-supported government is held hostage by “armed and terrorist militias” in the capital during a televised statement at the World Youth Forum held in Sharm El-Sheikh two days ago.

GNA explicitly responded in its statement on Facebook saying that it “understands the Egyptian state’s right to attain its national security, yet, it does not accept any threat to Libya’s national sovereignty.”

The GNA further called on Egypt to review their position on the Libyan crisis and support stability and civil peace in Libya, instead of supporting forces loyal to Libyan Arab Air Force Commander (LAAF) Khalifa Haftar in eastern Libya.

In the last two weeks, clashes have intensified between the GNA and the LAAF troops. Last week, Haftar has ordered his troops in a widely broadcasted speech to advance towards Tripoli. He asked the adversary militias to lay down their arms in exchange for safety, asserting the “inevitable” victory for his troops in what he called the “Battle of Tripoli.”

In his statement, Al-Sisi also said that GNA “is not able to have a free and real will because they have been taken hostage by armed and terrorist militias there.”

Al-Sisi also said his country has been “negatively affected” by the conflict in Libya, which descended into chaos after the 2011 civil war that ousted and killed long-time President Muammar Qaddafi.

The GNA is backed by Egypt’s regional rivals Turkey and Qatar. Egypt’s relations with the two countries have dropped since 2013 for their support to the outlawed Muslim Brotherhood group in Egypt.

The Libyan army denied reports of the imminent fall of Tripoli to forces led by renegade commander Haftar.

Egypt expressed its opposition to the signing of the GNA two memoranda of understanding with Turkey regarding the areas of maritime influence between the two parties, which caused outrage in Egypt, Greece, and Cyprus.

Late November, GNA and Turkey have signed an agreement on maritime boundaries in the Mediterranean Sea that could complicate Ankara’s disputes over energy exploration with other countries.

Egypt supports the forces of eastern Libya led by Haftar, who announced a few days ago the escalation of his attacks towards Tripoli.

In a similar context, the Kremlin said on Tuesday that President Vladimir Putin will discuss with Turkish President Tayyip Erdogan next month a plan by Turkey to provide military support to Libya’s internationally recognised government

Libya has been under political turmoil since 2011 when a bloody NATO-backed uprising led to the ouster and death of President Qaddafi who remained in office for more than four decades.

“The embassy of Libya in Cairo… suspended its work due to security reasons starting Sunday and until further notice,” a statement said without giving further details.