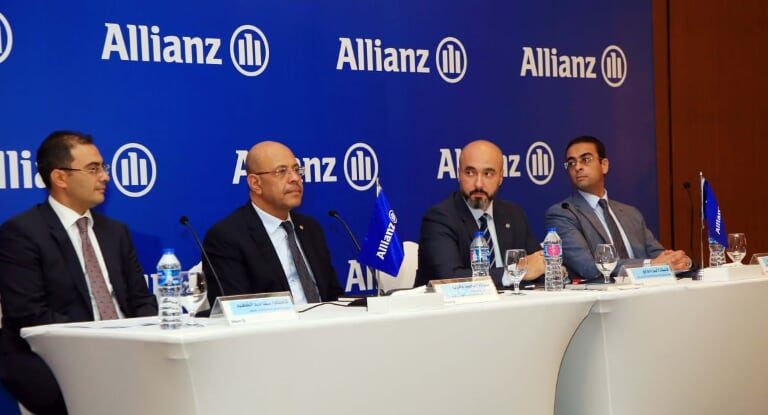 Mohamed Mahran, vice chairperson of Allianz Companies in Egypt and managing director in Allianz Insurance, stated during a press conference that Allianz Insurance (property activities) achieved EGP 884m during the current year up from EGP 734m last year, a growth of 20%.

Meanwhile, the company’s investments increased by 25% reaching EGP 1.2bn during the current year compared to EGP 959m during the last year, he added.

“The total rights of policyholders increased by 36% to reach EGP 638m compared to EGP 468m during the previous year,” said Mahran.

Managing Director of Allianz Life Assurance Company – Egypt Charles Tawadros, showed out that the company earned EGP 3.12bn in written premiums this year, up from 1.97bn last year, a growth of 58%.

He pointed out that the company’s total investments reached EGP 10bn this year against 8.5bn last year.

“The total value of policyholders’ rights increased to EGP 9.16bn this year against EGP 7.82bn last year, a growth rate of 17%,” Tawadros added.

Chairperson and Chief Executive Officer of in Allianz Egypt Ayman Hegazy, revealed that the global brand consultancy Interbrand International selected Allianz Group as the best insurance company in the world in its latest report, noting that the brand value increased by 12% due to the company’s outstanding performance over the past year.

He added that the increase in the brand value of the parent group reflects the accumulation of expertise of the company and its employees through a clear strategy based on expansion and provides all insurance services to customers, in an easy and fast way alongside the development of the electrical infrastructure. He mentioned that the strategy reflects the company’s performance in Egypt last year.

Hegazy also revealed that his company has an ambitious plan to continue expanding and supporting the community through innovative insurance methods that provide full insurance protection to reach every citizen.

He stressed that the company aims to increase its investments in Egypt as a promising market with multiple investment opportunities. He also explained that the Allianz policy is in line with the country’s tendency to maximise financial products and to move to other geographical areas outside of Cairo and Alexandria, specifically in the Delta and Upper Egypt.

Allianz Egypt to continue growing around the world and in Egypt

Egypt to participate in UAE, Saudi Arabia’s IPS in March