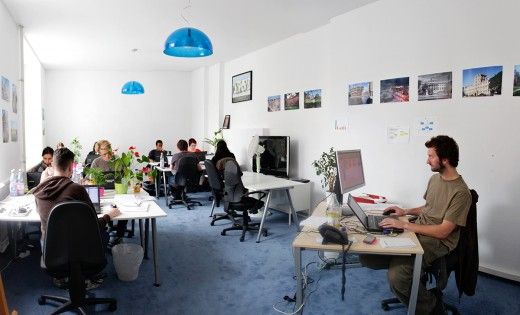 There is a prevalent perception that startups need to emerge in countries where all resources are available and welcoming, however, this is far from being true, according to Startup Grind.

“Startups can begin anywhere, and it’s often the countries with the greatest needs that present the biggest opportunities. Startups are at home in underdeveloped countries, nations in conflict, and those countries new to entrepreneurship. Each of these environments offer untapped problems which startups can take advantage of, not just to make a profit, but also to make an impact,” according to Startup Grind.

Startups are small entities that can play a major role in economic growth. The reason is that they create jobs, which means lower unemployment rates, and less unemployment means an economy that is improving and recovering. Startups also create competition and encourage individuals to be more innovative, because new entrepreneurs have novel ideas to present which stirs even more innovation and creativity.

For example, in a country like Afghanistan where a war has continued for over 13 years, the number of startup initiatives the enthusiastic Afghan youth have started is impressive. “The first ever incubation centre for tech companies has been established, Founder Institute opened its chapter in Kabul city, Startup Grind has arrived in Afghanistan, Startup Weekend had its first event in March 2016 and a number of universities are putting up efforts to support startups. The revolution of Afghanistan has begun, led not by soldiers, but by founders building for the nation’s prosperity,” the website reported.

Startups create new industries over the time and if they develop enough, they can become “money-making engines,” not just for the owners, but also for the employees that work in them and the shareholders too.  “Thousands of Google employees became worth more than $5m. Alibaba (a multinational conglomerate holding company with a diverse array of businesses around the world) single-handedly transformed the trade scene for small and medium-sized enterprises (SMEs) in China, a country that was at that time infamous for its innumerable trade entry barriers.”

According to the University of Notre Dame’s Idea Center, there are multiple benefits for startups. “Startups drive the creation of new jobs. Without startups, there would be no net job growth in the United States economy. From 1977 to 2005, existing companies were net job destroyers, losing 1m net jobs per year. In contrast, new businesses in their first year added an average of 3m jobs annually. Meanwhile that number dipped during the great recession, and signs of new dynamism in the economy, including startups, has emerged in recent years”.

“The number of new private establishments, including both expansions and startups, increased by 2.5% in early 2016, which is nearly as fast as the boom years of the 1990s, according to the US Bureau of Labor Statistics.

However, not all startups survive. There are many that do not aim to grow fast, but those that do are known as high-potential or high-growth firms or scaleups, and represent only 15% of all companies but account for nearly half of all new jobs created. “A May 2016 report by the Kauffman Foundation showed that its Growth Entrepreneurship Index, which measures growth of entrepreneurial businesses, saw its largest increase in more than a decade, mostly because more startups than before were reaching medium-sized or higher growth in their first five years”, Idea Center stated.

“A misperception has taken hold that you have to be an entrepreneur living in Silicon Valley, New York City, or Boston, to attract venture investment and successfully scale and grow your company,” Bobby Franklin, president and CEO of National Venture Capital Association, wrote in Kauffman’s 2017 Index. “Nothing could be further from the truth. Entrepreneurship is alive in all corners of the US, with pockets of entrepreneurial innovation sprouting up across the country at an increasing rate. In fact, entrepreneurs in all 50 states and the District of Columbia raised venture funding in 2016.”

Interestingly, in the region of Europe, the United Kingdom has the largest number of growing tech startups and firms, according to The Guardian. “UK-based entrepreneurs have built 72 such businesses in the past 20 years, including 13 in the past year, with only the US and China surpassing that number. Germany has 29 and India has 26. More than a third of Europe’s fastest-growing tech companies are based in Britain, according to the study for the government-led Digital Economy Council, whose members include techUK, Google, Facebook, BT, and Apple. It said that, over the same period, the US and China had created 703 and 206 tech firm respectively,” The Guardian reported.

While startups are small businesses that need yet more opportunities to grow, they sure contribute to a country’s prosperity on many levels, whether the country’s economy is already developed, developing, or recovering from a crisis.

Google hires a team to be based in Cairo